The world is waiting…

…Is the ‘cliffhanger ending’ in yesterday’s STAT’s article reporting the very first preliminary data from a clinical trial designed to assess the potential of remdesivir to treat severely sick COVID-19 patients and performed at a CBC university hospital, UChicago Medicine 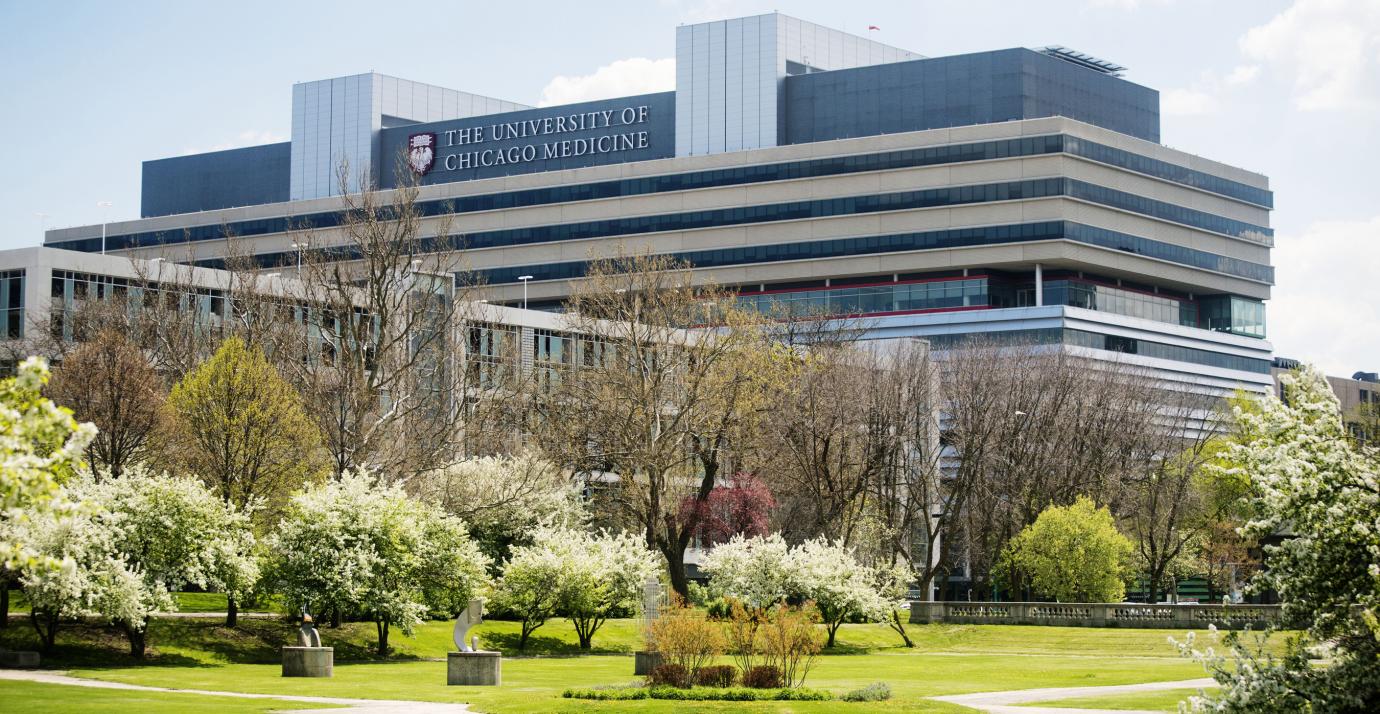 The CBC is cautiously excited to share the news that remdesivir — an antiviral drug developed to treat Ebola — has just been reported to help severely ill COVID-19 patients to recover in a clinical trial performed at the University of Chicago Medicine hospitals.

As this type of a trial, performed to quickly assess if a potential drug has any effect on the population of patients that are most severely affected by a disease is not blind/ does not incorporate a placebo control, from a scientific point of view, the reported results must be considered incomplete and inconclusive until further data from fully controlled trials becomes available. However, the data released so far suggests that remdesivir might have been the contributing factor in the observed quick drop of fever, easing of breathing difficulties, apparent speedier recovery and an earlier discharge of very sick COVID-19 patients who received several remdesivir injections.

Gilead, the company which developed remdesivir, is expected to release more data later this month which will be much anticipated in order to make any conclusive statements about remdesivir’s efficacy to treat COVID-19. In the meantime, the world is waiting…

Enjoy the article below. 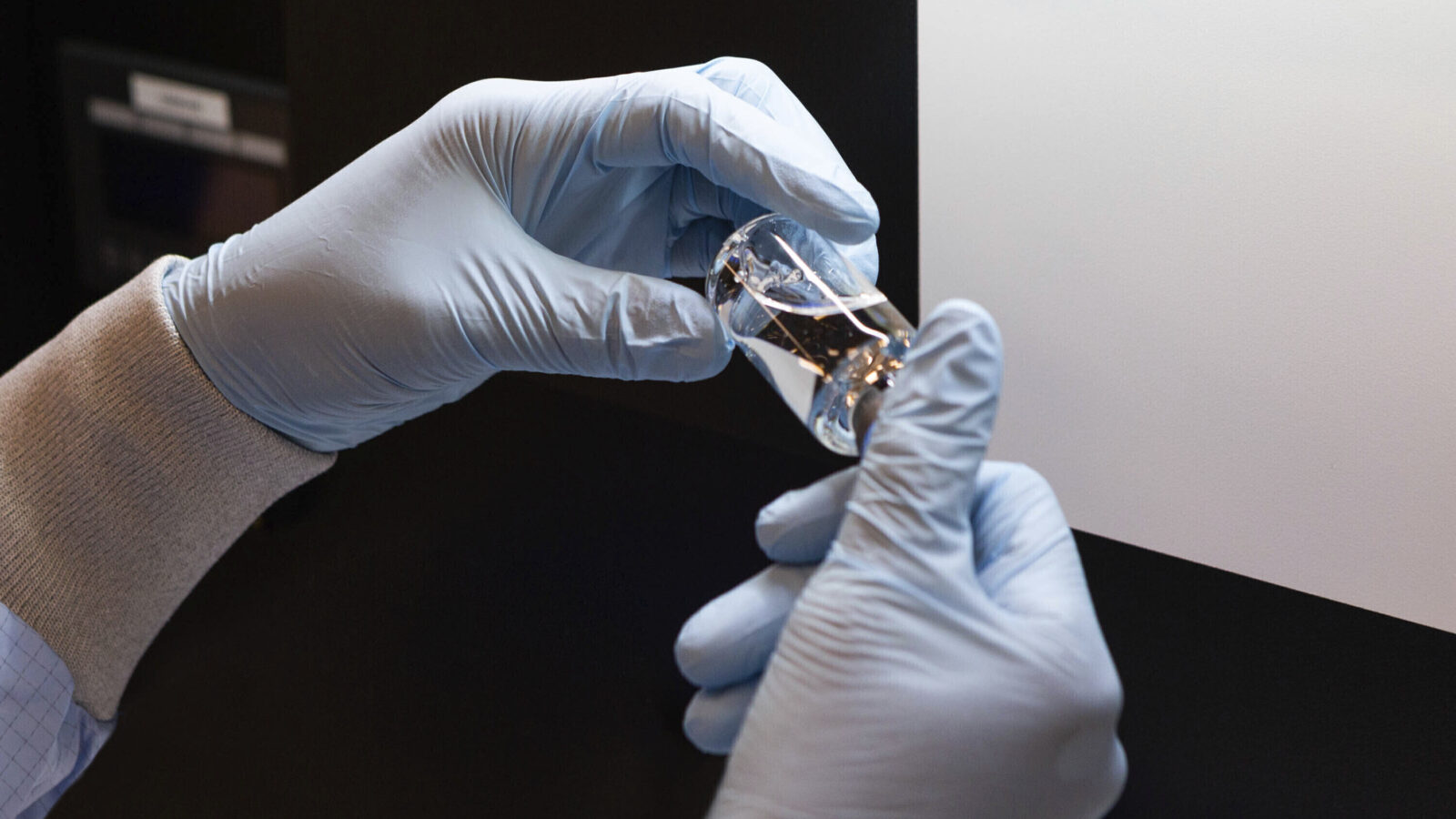 A vial of the remdesivir, an investigational drug from Gilead. GILEAD SCIENCES VIA AP. Source: STAT NEWS.

A Chicago hospital treating severe Covid-19 patients with Gilead Sciences’ antiviral medicine remdesivir in a closely watched clinical trial is seeing rapid recoveries in fever and respiratory symptoms, with nearly all patients discharged in less than a week, STAT has learned.

Remdesivir was one of the first medicines identified as having the potential to impact SARS-CoV-2, the novel coronavirus that causes Covid-19, in lab tests. The entire world has been waiting for results from Gilead’s clinical trials, and positive results would likely lead to fast approvals by the Food and Drug Administration and other regulatory agencies. If safe and effective, it could become the first approved treatment against the disease.

The University of Chicago Medicine recruited 125 people with Covid-19 into Gilead’s two Phase 3 clinical trials. Of those people, 113 had severe disease. All the patients have been treated with daily infusions of remdesivir.

“The best news is that most of our patients have already been discharged, which is great. We’ve only had two patients perish,” said Kathleen Mullane, the University of Chicago infectious disease specialist overseeing the remdesivir studies for the hospital.

Her comments were made this week during a video discussion about the trial results with other University of Chicago faculty members. The discussion was recorded and STAT obtained a copy of the video.

The outcomes offer only a snapshot of remdesivir’s effectiveness. The same trials are being run concurrently at other institutions, and it’s impossible to determine the full study results with any certainty. Still, no other clinical data from the Gilead studies have been released to date, and excitement is high. Last month, President Trump touted the potential for remdesivir — as he has for many still-unproven treatments — and said it “seems to have a very good result.”

In a statement Thursday, Gilead said: “What we can say at this stage is that we look forward to data from ongoing studies becoming available.”

Gilead had said to expect results for its trial involving severe cases in April. Mullane said during her presentation that data for the first 400 patients in the study would be “locked” by Gilead Thursday, meaning that results could come any day.

Mullane, while encouraged by the University of Chicago data, made clear her own hesitancy about drawing too many conclusions.

“It’s always hard,” she said, because the severe trial doesn’t include a placebo group for comparison. “But certainly when we start [the] drug, we see fever curves falling,” she said. “Fever is now not a requirement for people to go on trial, we do see when patients do come in with high fevers, they do [reduce] quite quickly. We have seen people come off ventilators a day after starting therapy. So, in that realm, overall our patients have done very well.”

She added: “Most of our patients are severe and most of them are leaving at six days, so that tells us duration of therapy doesn’t have to be 10 days. We have very few that went out to 10 days, maybe three,” she said.

Reached by STAT, Mullane confirmed the authenticity of the footage but declined to comment further. In a statement, the University of Chicago Medicine said “drawing any conclusions at this point is premature and scientifically unsound.”

Asked about the data, Eric Topol, director of the Scripps Research Translational Institute, described them as “encouraging.”

“The severely hit patients are at such high-risk of fatality. So if it’s true that many of the 113 patients were in this category and were discharged, it’s another positive signal that the drug has efficacy,” he said, adding that it will be important to see more data from randomized controlled studies.

The trial is investigating five- and 10-day treatment courses of remdesivir. The primary goal is a statistical comparison of patient improvement between the two treatment arms. Improvement is measured using a seven-point numerical scale that encompasses death (at worst) and discharge from hospital (best outcome), with various degrees of supplemental oxygen and intubation in between.

The lack of a control arm in the study could make interpreting the results more challenging.

A lack of data has led to yo-yoing expectations for the drug. Two studies in China had enrollment suspended partway through because there were not enough patients available. A recent report of patients given the drug under a special program to make it available to those who are very ill generated both excitement and skepticism.

In scientific terms, all the data are anecdotal until the full trial reads out, meaning that they should not be used to draw final conclusions. But some of the anecdotes are dramatic.

Slawomir Michalak, a 57-year-old factory worker from a suburb west of Chicago, was among the participants in the Chicago study. One of his daughters started feeling ill in late March and was later diagnosed with mild Covid-19. Michalak, by contrast, came down with a high fever and reported shortness of breath and severe pain in his back.

“It felt like someone was punching me in the lungs,” he told STAT.

At his wife’s urging, Michalak went to the University of Chicago Medicine hospital on Friday, April 3. His fever had spiked to 104 and he was struggling to breath. At the hospital, he was given supplemental oxygen. He also agreed to participate in Gilead’s severe Covid-19 clinical trial.

His first infusion of remdesivir was on Saturday, April 4. “My fever dropped almost immediately and I started to feel better,” he said.

By his second dose on Sunday, Michalak said he was being weaned off oxygen. He received two more daily infusions of remdesivir and recovered enough to be discharged from the hospital on Tuesday, April 7.

“Remdesivir was a miracle,” he said.

The world is waiting to find out if it is really so.

SOURCE:
Adapted (with modifications) from STAT NEWS, by Adam Feuerstein and Matthew Herper, published on April 16, 2020.