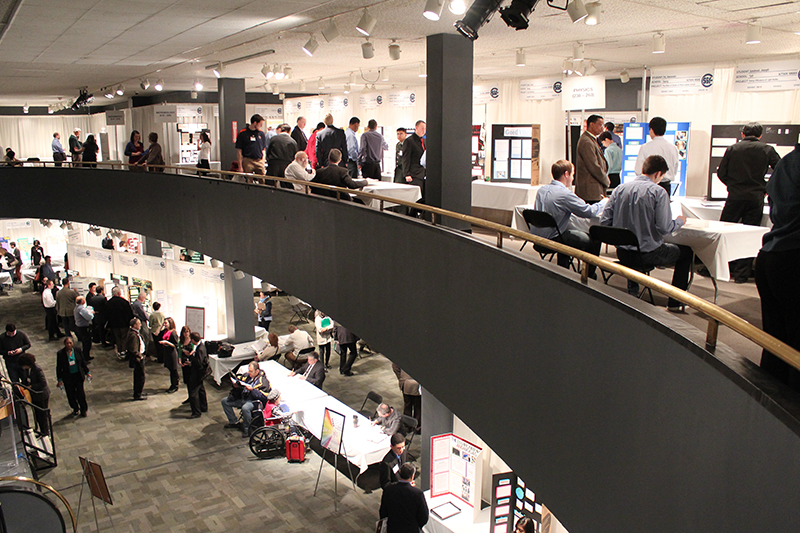 On Friday March 22nd, as many students were heading for Spring Break, the CBC Scholars headed to the Museum of Science and Industry to judge the 63rd annual Chicago Public Schools (CPS) Science Fair. Nine CBC Scholars, two from the Class of 2012 and seven from the Class of 2013, volunteered this year. Upon arriving at 8:00 am, each CBC scholar was appointed to judge a specific category, including projects in Chemistry and Biochemistry, and then assigned 5-7 specific high school-level entries to evaluate. The projects that were judged consisted of an exciting and wide range of topics, including investigations of pathways for biofuel production, measurement of the energy value of popular foods using home-made calorimeters, and assessment of novel chemotheraputic agents. Impressively, the students were as excited to answer our questions as they were to hear our suggestions and critical analysis. Projects were judged on the originality of the topics, experimental design/methods, and data analysis, among other areas. It was another fun and interesting Science Fair, which in our third year of judging, has become a cornerstone of the CBC Scholars community service.