More press about the recent PNAS article, written with the contributions from three CBC Awardees, Karla Satchell, David Gius and Marco Biancucci, NU, and reporting on the research jointly supported by the SickKids Proof-of-Principal Funding and a CBC Catalyst Award 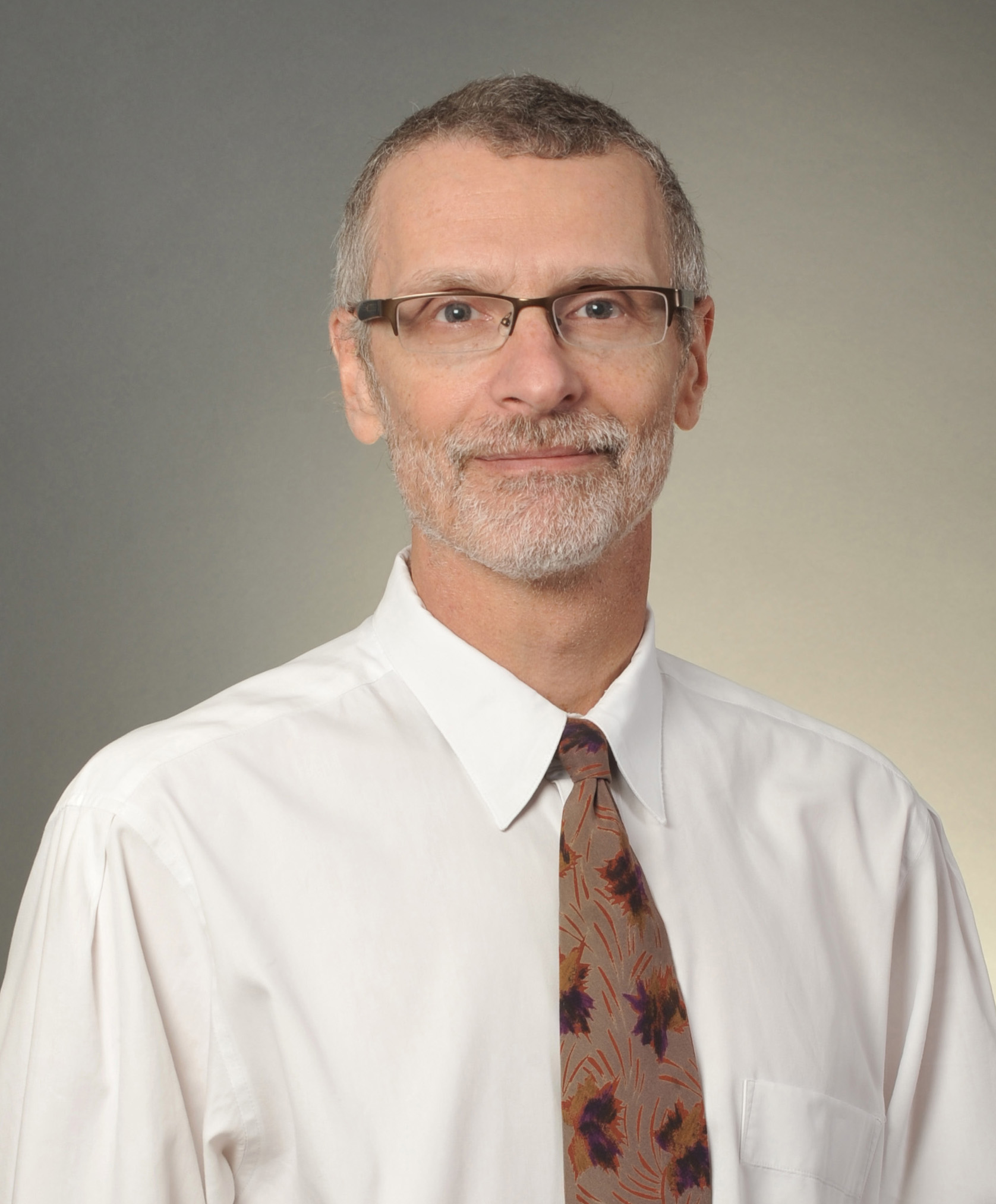 David Gius, MD, PhD, professor of Radiation Oncology and Pharmacology at NU’s Feinberg School of Medicine, is a co-author on the PNAS study. A CBC Catalyst Award that Gius received in 2015 partially funded the publication.

Yesterday, we had a pleasure to report on a recent publication in PNAS, titled “An engineered chimeric toxin that cleaves activated mutant and wild-type RAS inhibits tumor growth,” with the contribution from three CBC Awardees, Karla Satchell, David Gius and Marco Biancucci, NU. A 2015 CBC Catalyst Award to Gius, for the project “Fluorescent Probes for Live-cell Imaging of Sirtuin Activity: Application to Breast Cancer,” partially funded the PNAS study.

The publication was previously highlighted in the NU Medicine News. Today we would like to present additional press coverage from the affiliated with the University of Toronto The Hospital for Sick Children (SickKids), which also provided support for the reported research.

The SickKids’ article is reposted below. Enjoy!

Summary:
Researchers have developed a novel anti-cancer drug protein, which could lead to the development of future therapies for what was previously considered an “undruggable” target. 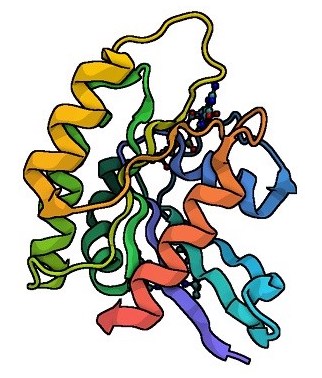 A third of all human cancers are driven by mutations in RAS. (Courtesy of SickKids News.)

Researchers at The Hospital for Sick Children (SickKids) and Northwestern University have developed a novel anti-cancer drug protein based on diphtheria toxin, and used it to slow the growth of human breast and colon cancer in the lab, which could lead to the development of future therapies for what was previously considered an “undruggable” target. The study, published in the July 2 online edition of Proceedings of the National Academy of Sciences (PNAS).

The protein, developed by SickKids researcher and the study’s co-senior author Dr. Roman Melnyk and his team, targets RAS – a signalling protein implicated in up to a third of all human cancers. Despite decades of effort by numerous academics and pharmaceutical companies, there are no anti-RAS drugs approved for human use, leading many to assume that this important target is “undruggable.” But while anti-RAS drugs have so far eluded scientists, certain bacteria have evolved enzymes that efficiently inhibit RAS. One of these enzymes, discovered in 2015 by Dr. Karla Satchell at Northwestern University, is a particularly efficient RAS inhibitor.

“The biggest challenge with these RAS inhibiting enzymes – like most protein drugs – is that they can’t get into cells where the RAS proteins reside,” says Dr. Greg Beilhartz, Senior Research Associate in Melnyk’s lab and co-author of the study.

This problem of getting protein-based drugs into cells has been a focus of Melnyk’s research. His team’s unique solution also comes from the world of bacteria, or more specifically, bacterial toxins.

“Potent toxins, such as diphtheria toxin, have evolved sophisticated ways of delivering proteins into human cells. The approach we took was to repurpose the powerful cell-penetrating properties of diphtheria toxin to deliver a therapeutic enzyme into cells,” says Melnyk, Senior Scientist in the Molecular Medicine program at SickKids and Associate Professor in the Department of Biochemistry at the University of Toronto. 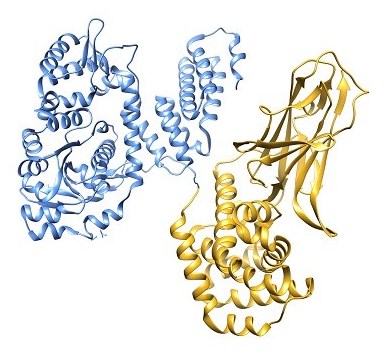 The protein structure of the fusion toxin consisting of RRSP (blue) and DTB (gold) is a potent inhibitor of RAS.
(Courtesy of SickKids News.)

Melnyk’s group biochemically re-engineered diphtheria toxin to include the RAS-inhibiting enzyme. The result is a drug capable of recognizing specific proteins that decorate the surface of tumour cells – called receptors – and then delivering the anti-RAS enzyme across the cell membrane, where it shuts off RAS. This ability to specifically target cancer cells via their surface receptors is important to prevent unwanted side-effects of the protein, according to Beilhartz.

“RAS is an important protein for cancer as many tumours heavily rely on it for growth and survival. The flip side is that the healthy cells in our body rely on RAS as well, so the key is to get the drug to focus its attention on tumours and ignore healthy cells. I think this is a real strength of our approach.”

In collaboration with Satchell at Northwestern, Melnyk and his team demonstrated that their new fusion toxin was able to slow the growth of tumours in the lab and, in some cases, even reverse it.

While the current version of the drug has a preference for cancer cells, Melnyk is hopeful the team will be able to change its receptor preference, allowing it to further discriminate between cancer cells and healthy cells. The better the drug can target cancer cells specifically, the safer it will be.

“We’re investigating several ways of improving the drug’s specificity,” says Melnyk. “We think this could lead to an exciting new modality of cancer treatment.”

While human trials are still years away, the “undruggable” RAS might not remain so.

Adapted (with modifications) from SickKids, published on July 11, 2020.