Could aberrant RNA splicing cause diabetes? 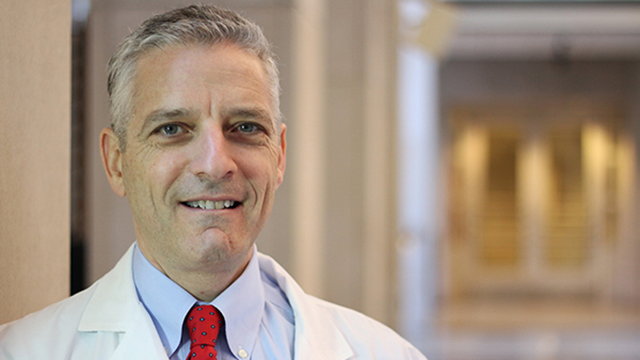 Joseph Bass, MD, PhD, the Charles F. Kettering Professorship of Medicine, director of the Center for Diabetes and Metabolism and chief of Endocrinology in the Department of Medicine, was senior author of the study published in Molecular Cell.

Joseph Bass, MD, PhD, the Charles F. Kettering Professorship of Medicine, director of the Center for Diabetes and Metabolism and chief of Endocrinology in the Department of Medicine is senior author on a study published recently in the journal Genes and Development , titled “NAD+ A role for alternative splicing in circadian control of exocytosis and glucose homeostasis.”

Enjoy the commentary to the Bass et al. research paper published in the NU Medicine News by Will Doss (reposted below).

The gene transcription machinery that controls circadian rhythm also regulates insulin release in the pancreas, according to a Northwestern Medicine study published in the journal Genes and Development.

Mouse models with a mutated clock gene also failed to release insulin from beta cells in the pancreas, due to aberrant RNA splicing. This is the first time scientists have identified RNA regulation as a mechanism by which the internal body clock affects systems beyond the sleep-wake cycle, according to Joseph Bass, MD, PhD, the Charles F. Kettering Professor of Medicine in the Division of Endocrinology, director of the Center for Diabetes and Metabolism and senior author of the study.

“This should raise interest in other areas of the body, for people to search for RNA shuffling as an explanation for how timing regulates biologic systems,” said Bass, who is also a member of the Robert H. Lurie Comprehensive Cancer Center of Northwestern University.

Mammalian circadian rhythm is regulated by a complex gene transcription feedback loop. Specialized cells in the brain detect light or darkness, and through gene transcription, set a day and night cycle that in turn influences a variety of functions throughout the entire body.

In the early days of clock transcription science, Bass discovered that turning off a gene crucial for clock transcription caused mice to develop diabetes due to lack of insulin production. However, the precise connection between the clock gene and insulin regulation was unclear and analyzing the impact of clock gene deletion through RNA sequencing was inconclusive, Bass said.

In the current study, Bass and his collaborators took a second look. Specifically, they focused on RNA splicing, a re-shuffling of RNA that occurs in gaps between coding regions. In normal RNA analysis, RNA splicing is unmeasured and invisible, but the investigators used an alternative sequencing approach in order to consider the effect of the splicing.

Comparing normal mice to mice without the clock gene, the investigators found significant changes. Certain proteins expressed during specific time windows during the daytime increased in activity due to changes in RNA splicing. Mice without the clock gene — and therefore, these splicing changes — had dramatically lower levels of insulin released during the time of day when animals eat, resulting in diabetes and obesity.

“The protein is the same, but splicing generates a coding sequence that’s included with the protein, generating a different functional form of the protein,” Bass said.

The investigators took this one step further, generating pancreatic islet cells with the intact clock protein and the specific aberrant splicing changes, finding it reproduced defects in insulin release.

“All these approaches pointed to one thing: splicing is a way that the pancreas tells when it is time to make insulin and a hallmark of diabetes is a failure in this process,” Bass said.

While Bass hopes that other scientists will examine the role of splicing in other organs and systems, beta cell failure is also experienced by patients with late-stage diabetes, so these findings could inform treatments down the line.

“One possibility may be that restoring splicing could enhance beta-cell function,” Bass said. “It’s a long-term question, but it’s a potential therapeutic strategy.”

Adapted (with modifications) from NU Medicine News, by Will Doss, published on July 2, 2020.

ARTICLES PUBLISHED IN THE PAST ABOUT THE FEATURED CBC COMMUNITY MEMBER:

June 4, 2020
▸ Could NAD-supplemented diet attenuate aging?
It appears so, at least in mice, according to Joseph Bass, NU, senior author on a recent Molecular Cell publication which was partially supported by a CBC Spark Award

September 27, 2019
▸ Hypothalamus, the primary responder to the light–dark cycle
In a recent Genes & Development review, CBC Spark Award recipient Joseph Bass, NU, explains what is known about the interplay between the circadian rhythm and the hypothalamus, and their role in regulating metabolism