A CBC affiliate Peter Penzes, NU, discusses the genetics and neurobiology of autism

Peter Penzes, NU, who has recently been named director of the new Center for Autism and Neurodevelopment, has already succeeded in recruiting 28 scientists from basic science, translational and clinical specialties to work at the Center. According to Penzes, assembling such a diverse group of scientists uniquely positions the Center to focus on translational science. In 2016, Penzes was an invited speaker at the 14th Annual CBC Symposium, “Genetics of Neurological and Psychiatric Disorders”, where he presented his research on genetic risk factors in schizophrenia and autism. CBC wishes Peter all the best in pushing the frontiers of the interdisciplinary research in this important field.

Defining the Biology of Autism 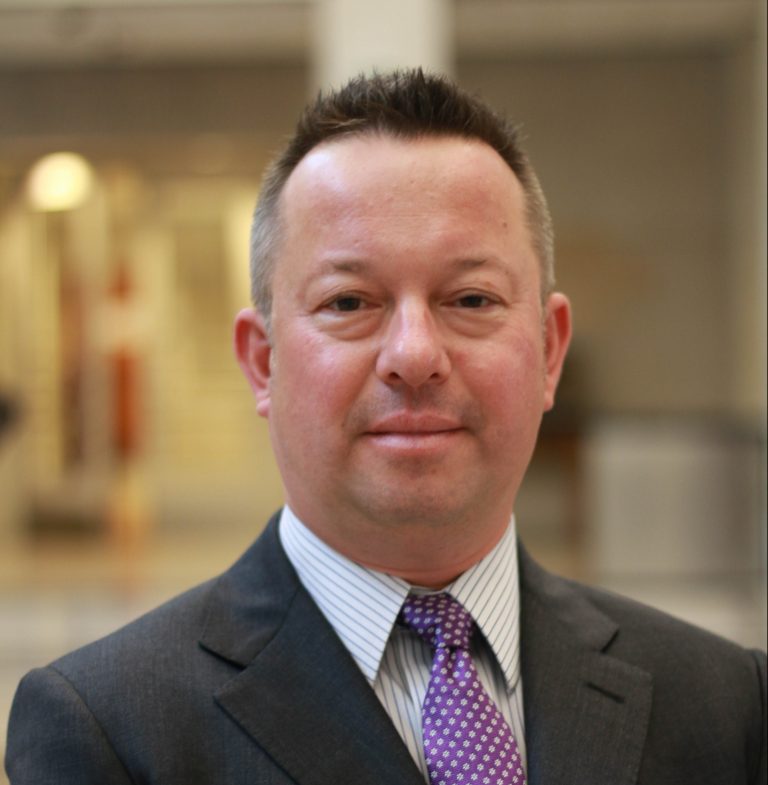 Peter Penzes, PhD, Ruth and Evelyn Dunbar Professor of Psychiatry and Behavioral Sciences, is the inaugural director of the Center for Autism and Neurodevelopment.

When approaching faculty to gauge interest in a new Feinberg center focusing on autism, Peter Penzes, PhD, Ruth and Evelyn Dunbar Professor of Psychiatry and Behavioral Sciences, received puzzled responses from some professors and scientists.

“It turns out there are a range of scientists and labs at Northwestern studying various aspects of autism and its development at a basic science level or a clinical level — but many of them didn’t know about each other.”

Penzes hopes those days are in the past with the launch of the new Center for Autism and Neurodevelopment (CAN), a translational science hub that aims to investigate the neurobiology of autism and facilitate the development of new treatments.

Penzes, as director of the center, recruited 28 scientists from basic science, translational and clinical specialties — a bottom-up approach that will both foster collaboration and train the next generation of scientists in the fields of autism and neurodevelopment.

In addition, CAN will host nationally renowned speakers in a monthly seminar series, to inform Northwestern and the larger community about the latest in autism research across the globe.

“This center is the glue that will bring all these people together,” Penzes said.

In comparison to other neurological diseases such as Parkinson’s disease or Alzheimer’s disease, the neurobiology of autism is relatively unstudied, according to Penzes.

“Up until ten years ago, all we knew about autism was based on symptoms displayed by patients,” Penzes said.

Today, advances in genomic sequencing technology and the realization that autism is much more common than previously thought — now estimated at one in 68 children — have placed the genetic component of autism at the forefront.

However, even with strong efforts over the past five years, the specific genetic mechanisms remain opaque, according to Penzes. Some children’s autism may be traced back to a single gene, but those cases are rare — more common are hundreds of small gene variations that cumulatively result in an autism spectrum disorder, making it difficult to zero in on the genes that lead to specific neurophysiological changes.

In addition, there’s no established biomarker for autism, further complicating investigations. While diseases such as Parkinson’s or Alzheimer’s have protein deposits that can indicate disease, there’s no objective measure of autism, according to Penzes, making it difficult to determine if a treatment is working, for example.

CAN hopes to build personalized treatments from the ground up, grouping together patients with similar genetic mutations, identifying the exact time and place where normal brain development is diverted off course and developing drugs to treat those biological changes.

Western Blots to Pills and Shots

While identifying groups of patients with similar mutations may sound simple, about 1,000 genes have been linked with autism so far, and that number is only growing. Narrowing the pool by studying conditions linked to autism but with a more homogenous genetic cause is a strategy used by some scientists, including Anis Contractor, PhD, professor of Physiology.

Contractor studies fragile X syndrome (FXS), a genetic disorder in which about half of all patients are also diagnosed with autism — making it the single largest monogenic (linked to a mutation in a single gene) cause of autism in the United States. While most genetic mutations that cause autism are rare, patients with FXS have the mutations in a single gene on the X chromosome, so FXS can be used as a laboratory model for certain aspects of autism, including sensory hypersensitivity.

“A lot of patients don’t like loud sounds or don’t like to be touched,” Contractor said. “When I talk to parents of children with autism, some tell me these sensory issues lead to many other problems, because the kids are withdrawn or socially isolated.”

The exact neurobiology behind this symptom is unknown, so Contractor tracked the development of the sensory cortex in mouse models of FXS, finding there were several “critical periods” of synapse formation that were delayed in the mouse model of the disorder.

“The timing of these critical periods has to be perfect — if you mistime them, the whole system doesn’t wire properly,” Contractor said. “In the FXS mouse, the sensory response from the whiskers excites more neurons in the cortex than it should; we think that is partially responsible for the hypersensitivity symptoms.”

“They’ve actually conducted clinical trials of this drug in France and given it to children with autism,” Contractor said. “While it was a small population and the drug’s not perfect, it improved behavioral scores significantly.”

Through the Looking Glass

Genetics aren’t the only starting point for the translational pipeline — imaging will also have a role to play at CAN, according to John Csernansky, PhD, chair of Psychiatry and Behavioral Sciences.

“Using imaging to better understand brain function in subjects with autism may help us to identify the precise brain circuits that are affected by the disorder, which could lead to new interventions such as drugs or behavioral therapies,” said Csernansky, also the Lizzie Gilman Professor of Psychiatry and Behavioral Sciences. “The new center will help us identify new collaborators and start new projects.”

Techniques are available that can help autistic patients ease into studies that include imaging, according to Csernansky.

Ahead of the Pack

The field of autism neurobiology is ripe for discovery: It’s historically understudied and new technology now allows scientists to quickly and cheaply sequence a patient’s genome or grow models of a patient’s brain and test therapies.

While other institutions may have some form of autism research initiative, CAN is unique for its singular focus on translational science, according to Penzes.

“Most autism centers are doing only patient care,” Penzes said. “There are very few places where you have 28 scientists from across disciplines that are brought together with the unifying goal of understanding the neurobiology of autism.”

“If there are new drugs for autism, this is where they are going to come from,” Penzes added.

Adapted (with modifications) from Northwestern Medicine News Center, by Will Doss, posted on April 4, 2018.