The circle of accomplices in CVDs just got wider

New work resulting from a collaboration between UChicago and NU teams, led by Marcelo Nóbrega, UChicago, has recently been published in eLife: “A promoter interaction map for cardiovascular disease genetics.” The paper investigates multiple enhancer-target gene interactions that could be responsible for the many genetic variants of CVDs. The goal is to systematically map such interactions throughout the genome in order to better understand the biology of the diseases as well as to design better preventive and therapeutic strategies. Past CBC awardee, Elizabeth McNally, NU, is co-author on the study. McNally received two CBC Awards: a Catalyst (2007) and a Spark (2008). Congratulations to all scientists involved it this research!

Researchers have developed a 3D map of the gene interactions that play a key role in cardiovascular disease, a study in eLife reports.

The map will help researchers identify the most important genes to focus on for the development of new treatments for heart attacks, heart failure and heart rhythm disorders.

More than 500 genetic variants have been linked with increased risk of cardiovascular disease. But most are located in so-called ‘non-coding’ parts of the genome, which means they don’t code for a particular protein molecule. This makes it challenging for researchers to understand the importance of these genetic variants because, until now, there has been no way to study their function.

“The strongest genetic signatures associated with complex human diseases, including many cardiovascular diseases, are actually located outside of genes, scattered throughout the vast 98% of the genome that is ‘non-coding,’” explains lead author Lindsey Montefiori, Graduate Student at the University of Chicago, US. “What we think is happening is that these mutations affect the function of the ‘switches’ of genes, called enhancers, which determine where, when and to what level each gene should be turned on.”

It has recently become possible to map these enhancers to their target genes using a technique called high-resolution promoter capture, which uses the enhancer region as ‘bait’ to catch its target gene. The team added an extra step to this, so that they only ‘captured’ a region of the genome that contains coding genes. This enabled them to map each mutation to its target gene in human heart cells and examine the precise wiring of all the potential enhancers controlling each gene.

They looked at more than 10,000 genetic mutations that have been linked to cardiovascular diseases and found that 1,999 of them make physical contact with 347 target genes in heart cells. When they studied the genes further, they found that these were well known for their roles in cardiac function.

Because the three diseases analysed involve different processes, the team next studied the interactions between enhancers with genes in other cell types which may be involved in cardiovascular disease. Here they found that mutations linked to heart attacks captured a target gene involved in cholesterol regulation, and mutations in heart failure pulled out a gene known to be important in coronary artery disease. 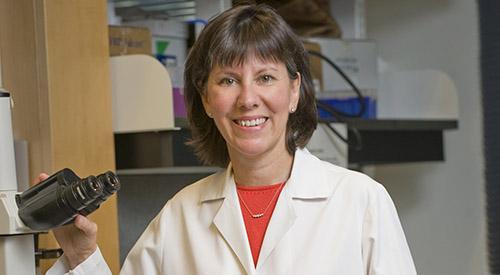 “Incomplete understanding of long-range gene regulation is a major roadblock in translating genetic variants into understanding of disease biology,” says senior author Marcelo Nóbrega, Professor of Human Genetics at the University of Chicago. “Our 3D map of enhancer–gene interactions in human heart cells will help guide investigators to the most likely causal genes underlying increased cardiovascular disease risk, and could lead to new treatment and prevention strategies.”

Adapted (with modifications) from the eLife, by Emily Packer and Matt Wood, published on July 10, 2018.