Congratulations to Marco Gallio, NU, who is one of the three winners of this year’s McKnight Technological Innovation in Neuroscience Award! Gallio was recognized for the project: “Re-wiring connections in the living brain.” Gallio is also past CBC awardee: in 2014, together with a postdoc in his lab, Emanuela Zaharieva, he received a CBC Postdoctoral Research Award for a project: “Mechanistic and Evolutionary Insights on Temperature Sensing and Preference in Drosophila.”

The McKnight Foundation announced the three recipients of $600,000 in grant funding through the 2018 McKnight Technological Innovation in Neuroscience Awards, recognizing these projects for their potential to expand the available technologies in the field of neuroscience. Each of the recognized projects will receive a total of $200,000 over the next two years, advancing the development of groundbreaking technologies used to map, monitor and model brain function. The 2018 awardees are:

Michale S. Fee, Ph.D., of the Massachusetts Institute of Technology, for work on a specially miniaturized microscope to observe neural activity in songbirds, plus new data processing technology to support it, offering unprecedented views of a brain as it learns.

Marco Gallio, Ph.D., of Northwestern University, whose project involves creating new methods for re-wiring synaptic connections in the living brains of fruit flies, and validating them by exploring links between learned and innate behavior.

Sam Sober, Ph.D., of Emory University, and Muhannad Bakir, Ph.D., of the Georgia Institute of Technology, are developing a new class of flexible electrode arrays with on-board data processing that can record large numbers of spikes in the muscle fibers of freely-behaving birds and mammals, to gain new insights in how brain signals control behavior. 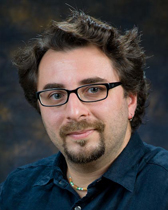 This research aims to expand our understanding of how brains work by allowing scientists to selectively prune synaptic connections and to encourage new connections between neurons. This re-wiring of the brain will allow researchers to understand more precisely which connections play a role in specific subsets of neurological effects.

Each neuron within a brain circuit connects to multiple targets. Each target may have a unique function, and therefore process the same incoming information in a completely different way. For example, some specific neurons in the fruit fly brain carry information about the external environment which is used to quickly get away from imminent threats (an innate behavior), but also to produce long-lasting associations through learning.

The proposed technology will allow researchers to pinpoint the connections that are critical to each process by selectively removing synapses to the learning centers while leaving all other connections intact. The project aims to use genetic engineering to produce designer proteins that will mediate either repulsion or attraction/adhesion between genetically defined synaptic partners in the intact brain of living animals. In addition to proving that this kind of rewiring of brains is possible, the research will result in new fruit fly strains with unique genetics that can immediately be shared with other researchers. By design, these tools can be easily modified for use in any animal model or applied to different parts of the brain, enabling a whole new class of neurological studies with profound implications for our understanding of how human brains work.

About the McKnight Technology Awards

Since the Technology Award’s founding in 1999, the McKnight Endowment Fund for Neuroscience has contributed more than $13 million to innovative technologies for neuroscience. The Endowment Fund is especially interested in work that takes new and novel approaches to advancing the ability to manipulate and analyze brain function. Technologies developed with McKnight support must ultimately be made available to other scientists.

“Again, it has been a thrill to see the ingenuity at work in developing new neurotechnologies,” said Markus Meister, Ph.D., chair of the awards committee and the Anne P. and Benjamin F. Biaggini Professor of Biological Sciences at Caltech. “This year’s awards sponsor an inspiring range of projects: from miniaturized portable microscopes to flexible electrodes that can track muscle signals in a moving animal, to a molecular toolbox that will literally allow a rewiring of the brain. Innovation in brain science is alive and well.”

Letters of intent for the 2019 Technological Innovations in Neuroscience award are due Monday, December 3, 2018. For more information about the awards, please visit www.mcknight.org/programs/the-mcknight-endowment-fund-for-neuroscience/technology-awards

Adapted (with modifications) from the McKnight Foundation, published on July 16, 2018.