Congratulations to Ka Yee Christina Lee, Matthew Tirrell, Yu-Sheng Chen and Binhua Lin, UChicago, who, together with Mark Schlossman, UIC, are co-principal investigators on a $14.1 million, five-year grant from NSF to build a second “beamline” at NSF’s Chemistry and Materials Center for Advanced Radiation Sources (NSF’s ChemMatCARS). Located at Argonne National Labs, NSF’s ChemMatCARS is known to be one of the world’s leading facilities for the study of the crystallography of small molecules and liquid surfaces and interfaces. The facility’s planned expansion, enabled by the new grant, is expected to create new capabilities to study chemical reactions at an atomic level.

Ka Yee Christina Lee and Matthew Tirrell have several ties to the CBC. Lee, together with Erin Adams, UChicago, co-mentored Greg Tietjen, a CBC Scholar, Class of 2012. Tirrell is a recipient of two CBC Awards: a CBC Postdoctoral Research Award (2014) with Eun Ji Chung, a postdoc in his lab, and a CBC Catalyst Award (2013) with Michael Federle (UIC).

Lee is Professor of Chemistry at UChicago, where she also serves as Vice Provost for Research and Director of the Materials Research Science and Engineering Center. Tirrell, who is the Founding Pritzker Director and Dean of the Institute for Molecular Engineering at UChicago, serves also as senior scientist at Argonne National Laboratory. 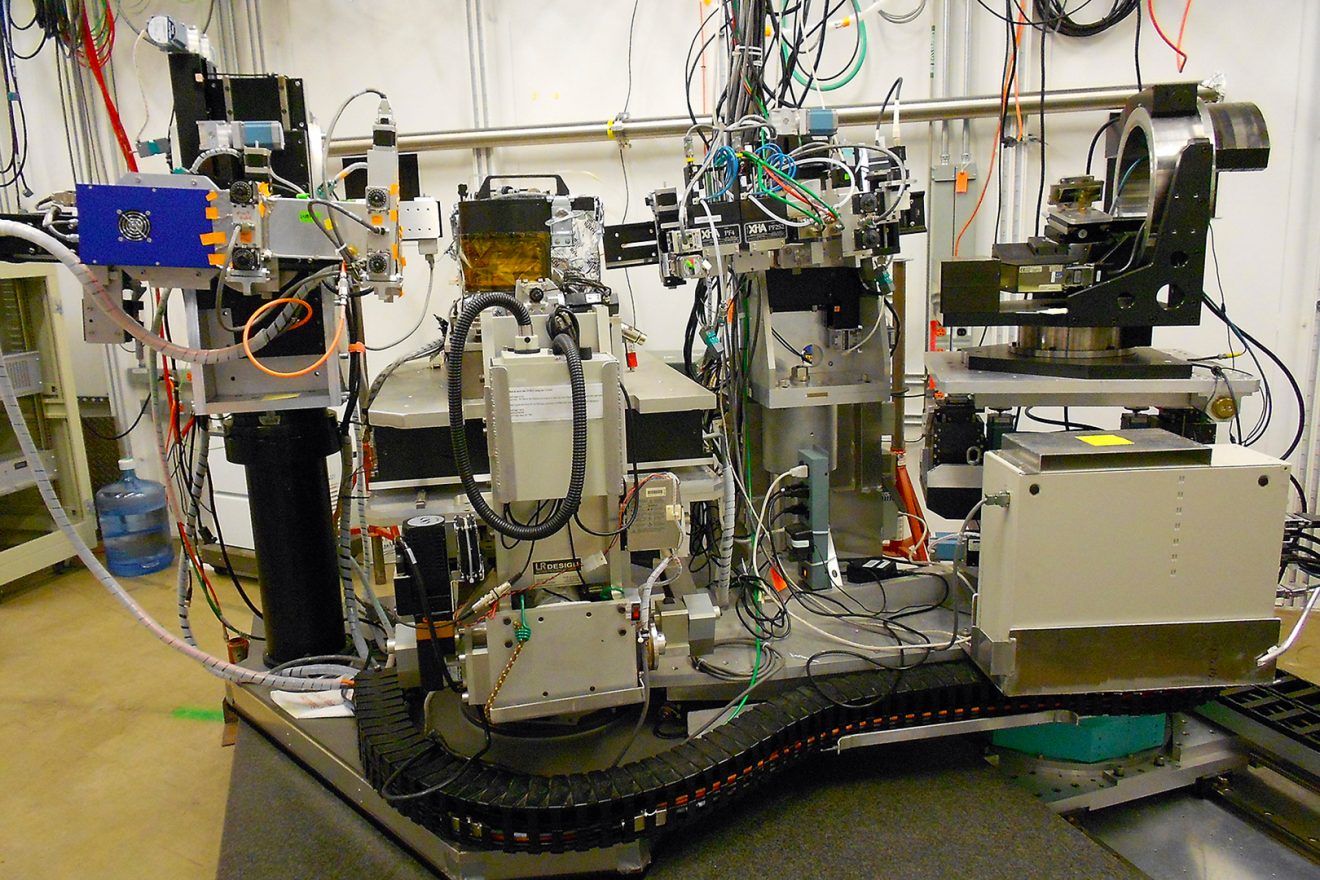 Mark Schlossman, professor of physics at the University of Illinois at Chicago, has received a $14.1 million, five-year grant from the National Science Foundation to expand the experimental capabilities at NSF’s Chemistry and Materials Center for Advanced Radiation Sources, also known as NSF’s ChemMatCARS. Schlossman is the principal investigator on the grant. His co-principal investigators are from the University of Chicago.

ChemMatCARS scientists use X-rays generated by Argonne National Laboratory’s Advanced Photon Source to study matter at the atomic and molecular level, investigate the development of new energy sources and new materials, identify new ways to care for the environment and gain a better understanding of how life works.

The grant will support the construction of a second “beamline” — a specialized lab that can tap directly into the high-brilliance X-rays produced by the Advanced Photon Source.

NSF’s ChemMatCARS is one of the world’s leading facilities for the study of the crystallography of small molecules and liquid surfaces and interfaces.

“We already have one beamline at APS, and the second one will double our capacity and allow us to perform more complex investigations with new, highly specialized equipment,” Schlossman said.

ChemMatCARS researchers specialize in the study of crystalized small molecules and liquid interfaces — where one liquid comes into contact with another liquid or solid. New instrumentation supported by the grant will help researchers see what drives chemical reactions at the atomic level, enabling the design of new compounds.

The grant also will back new initiatives that address the challenge of characterizing liquid surfaces and interfaces on the nanoscale.

“The lipid membrane that encapsulates animal cells is an example of a highly complex liquid surface that happens to be made mostly of lipids, but within that lipid membrane, there are proteins, receptors and other molecules, and we don’t really know that much about the role of nanoscale heterogeneities on their interactions,” Schlossman said.

“Some of the ChemMatCARS researchers are looking at how electrons arrange themselves around atomic centers, which is critical for understanding how catalysts work,” Schlossman said.

Catalysts are materials that encourage or are required for a chemical reaction to take place.

“Many catalysts we use in industry are made of rare or precious metals, and if we know more about how they work, we can design new catalysts that aren’t as costly or difficult to obtain,” he said.

Matthew Tirrell, Ka Yee C. Lee, Yu-Sheng Chen and Binhua Lin of the University of Chicago are co-principal investigators on the grant.