Non-immunogenic, self-assembling and biodegradable nanomaterials’ use as a vehicle to deliver therapeutic molecules to a site of injury carries a high promise to revolutionize regenerative medicine. Molecules such as growth factors, delivered in this fashion can be locally concentrated and guarded against degradation by the surrounding nanomaterials lattice, and can both stimulate and control a natural process of self-healing or regeneration. The NU group led by Sam Stupp is currently seeking FDA approval to enter clinical trials using nanomaterials to assist in spinal (vertebrate) regeneration in humans. In 2015, Stupp and his postdoc, Christopher Synatschke, received a CBC Postdoctoral Research Award for a different application of nanoparticles: “Intrathecally Injected Nanoparticles for Drug Delivery to the Brain.” Congratulations!

A revolution in regeneration 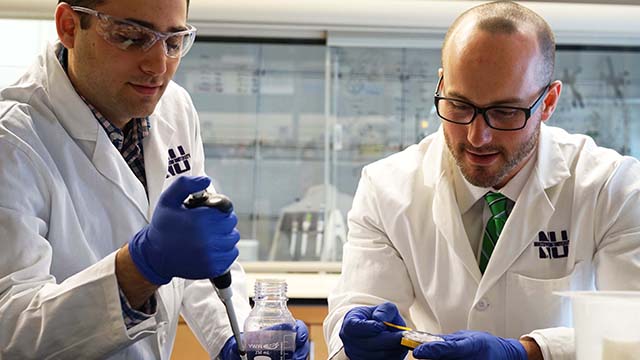 Stupp and his team are seeking approval from the FDA to launch a clinical trial for spinal regeneration in humans.

A body regenerating its own parts, once the gold standard of science fiction, is now within reach — transforming spinal cord injury recovery and treating back pain for millions. Not only that, the research involved also could eliminate invasive procedures such as bone marrow transplants and cartilage replacements.

Giving the body the ability to heal itself from the inside out has been on Samuel I. Stupp, PhD’s mind since the late 1990s. Regenerating tissue began with big advances in stem cell research, and Stupp wanted to go smaller. Much smaller.

That’s why his lab pioneered some of the first approaches in “soft nanotechnology,” researching how organic structures at the nanometer scale (the width of a human hair if it were split 80,000 times) can be absorbed into the body without rejection. This concept drives the work of Stupp, director of Northwestern University’s Louis A. Simpson and Kimberly K. Querrey Institute for BioNanotechnology, and his team of chemists and nanotechnology researchers.

“Stem cells are normally regarded as the therapy for regenerative medicine,” Stupp says, due to their potential to develop, or differentiate, into any given cell type. “However, I would not say that there have been many great successes in stem cell therapy based on previous trials.”

One reason is because it’s nearly impossible to ensure stem cells get to the right place, he explains. They’re typically injected into the body through a liquid medium, making it difficult to control whether they make it to the area that requires treatment. Stem cells also have a hard time adapting to new environments — even if they knew where to go, approximately 90 percent don’t survive the trip.

Here’s where Stupp’s research comes in: Manufacturing self-assembling natural matrices that mimic those that normally surround cells to protect and direct them to a specific location in the body. Since these matrices are made of organic materials (those soft nanomaterials mentioned earlier), they can biodegrade without leaving unnecessary — and potentially harmful — foreign objects in the body. 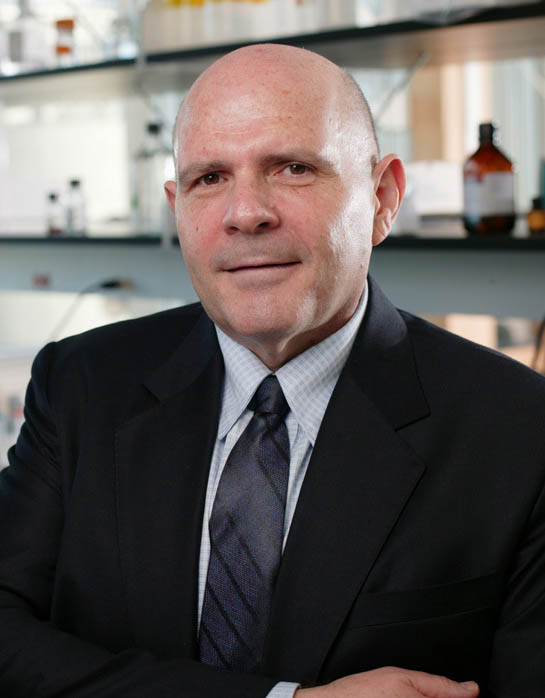 So far, their work has focused on regenerating bone or cartilage, which requires optimizing matrices to “dress” existing cells or knit around growth factors — naturally occurring proteins deployed by the body when there’s an injury. For example, the growth factor known as BMP-2 activates certain types of stem cells and signals them to become bone cells over time. A matrix helps protect BMP-2 from degrading and signals it to activate when needed.

Stupp and his team are so far advanced in this type of regenerative medicine that they are in communication with the U.S. Food & Drug Administration to seek approval to launch a clinical trial for spinal regeneration in humans —essentially growing new bone between vertebrae. This is a significant development, considering only a few years ago, his team was using this technology — directing molecules to repair and regenerate — to help paralyzed mice walk again. After receiving an injection of custom-made molecules, the mice, paralyzed from the waist down, were attempting to run just a few weeks later. This impressive breakthrough gives researchers the steps to study their impact for humans — and signals a leap forward with massive implications for patients.

“This matrix technology addresses the regeneration problem in a highly non-invasive way,” Stupp says. The standard spinal fusion surgery is a bone graft — taking a patient’s own bone, say, from their hip, and using that help to fuse vertebrae. That potentially could be two times under the knife, two hospital bills, and ultimately, two times the pain and risk. “Our nanotechnology circumvents all of that. It avoids the need for harvesting of bone and use of large amounts of growth factor,” he says.

And as far along as Stupp is with matrices, his mind is already 10 years ahead. “The next frontier is the marriage of stem cells with nanotechnology to create organs,” he says. Once he and his team are able to couple the matrix with a stem cell, they will be able to design it not only to protect against premature cell death, but also to provide even more detailed instructions to the cell, such as whether to divide, replicate itself, or differentiate into another cell type.

Ultimately, Stupp sees his work as the crossroads of nanotechnology and biology — which serves a much higher purpose in medicine. “People live the second half of their lives with aches and pain,” he says. “And there are half a million spinal fusion procedures in the U.S. each year. [Treatment] can be made less invasive. Regenerative medicine is a great need to simply improve quality of life.”

Adapted (with modifications) from Northwestern Now posted on December 6, 2017.