An important insight into the kinetics of interactions between antibiotics and ribosomes revealed in the new study from the Mankin group, UIC

Congratulations to Alexander Mankin and his team from UIC, for the new publication in PNAS: “Kinetics of drug–ribosome interactions defines the cidality of macrolide antibiotics.” The study, which compared the binding and dissociation kinetics of bacteriostatic and bactericidal antibiotics to ribosomes suggests that it is the prolonged attachment (or slow dissociation rate) of the antibiotic to a ribosome that infers its -cidal property; likely by a mechanism of time-dependent depletion of factors required for proper translation. The finding opens new possibilities into designing “more sticky” or more slowly dissociating bactericidal antibiotics. Mankin has been affiliated with CBC since 2009 when he received a CBC Spark Award. That same year he was also an invited speaker at the 7th Annual CBC Symposium: “The Biology of Non-Coding RNAs: Old Molecules, New Actions.” In addition, Mankin served on the Spark Review Panel (2010-2011). 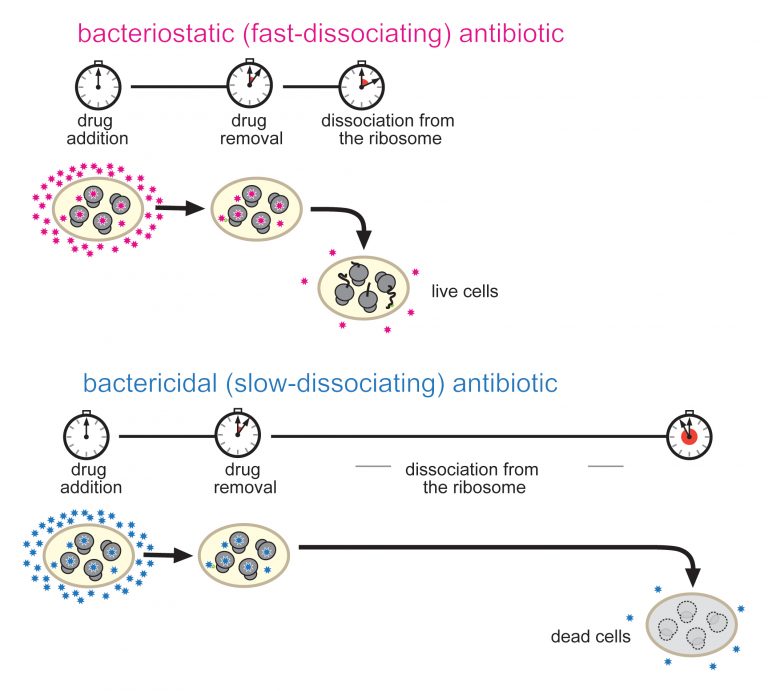 Research from the University of Illinois at Chicago suggests bond duration, not bond tightness, may be the most important differentiator between antibiotics that kill bacteria and antibiotics that only stop bacterial growth.

While both types of antibiotics are used to treat a variety of bacterial infections, bactericidal antibiotics – those that kill bacteria – can be taken for shorter periods, are associated with a lower risk of infection recurrence and often cure the infection much better than bacteriostatic antibiotics.

“Bacteriostatic antibiotics work by slowing the growth of bacterial cells while the individual’s immune system fights the infection,” said Alexander Mankin, lead author of the study and director of the Center for Biomolecular Sciences in the UIC College of Pharmacy. “Often, this is enough to treat an infection; but if the immune system is not strong enough, the infection may persist.”

Unfortunately, not much is known about why the sometimes-similar antibiotic molecules interact differently with bacteria in the body.

Mankin and his colleagues looked at one class of antibiotics called macrolides, which work by binding to the ribosome of the bacteria to stop protein synthesis. However, while macrolide antibiotics are all structurally similar and act on the same molecular target (the ribosome), some are bactericidal and others are bacteriostatic.

Using a new technique developed by Maxim Svetlov, a postdoctoral researcher in the lab of Mankin and Nora Vázquez-Laslop, an associate professor in the center, the researchers studied the differences between the bacteriostatic and bactericidal macrolides. The technique makes it possible to analyze how tightly the drugs interact with the ribosome and to measure the speed with which the antibiotics can disconnect from the target. 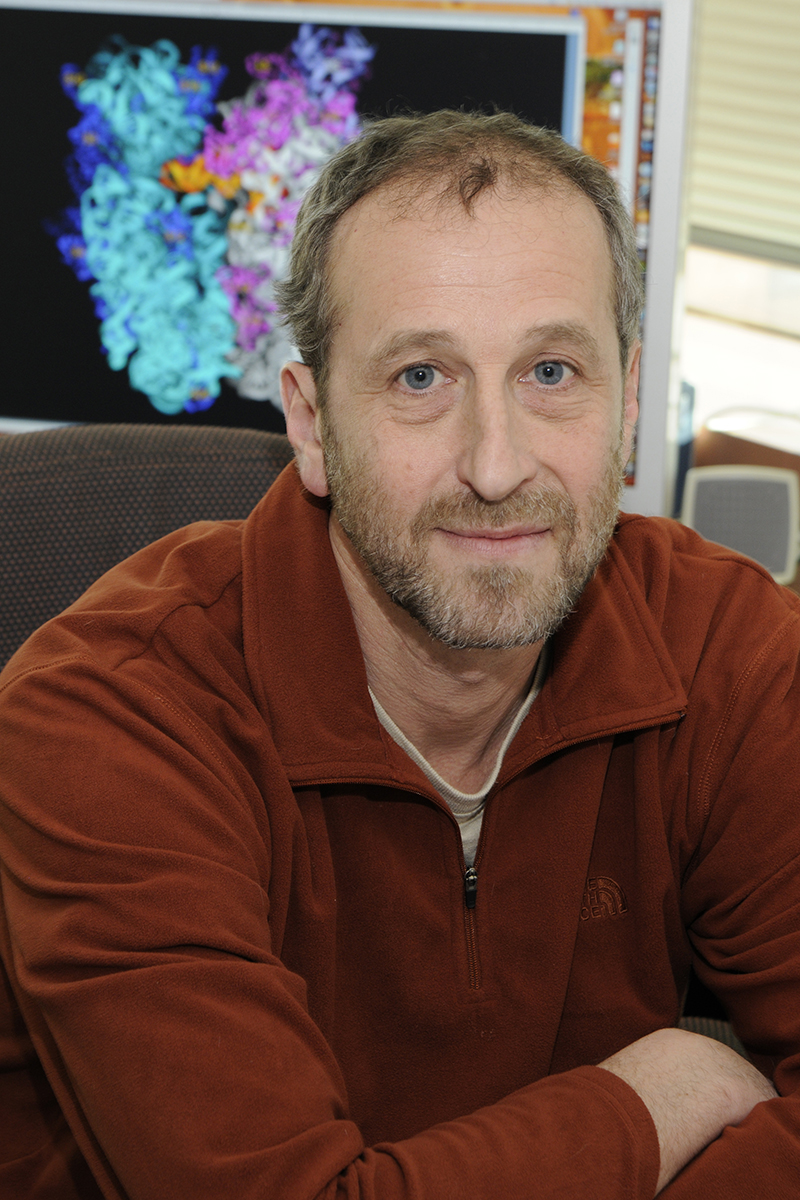 “Researchers usually think that it is the tightness of the drug’s binding to the ribosome that makes the difference between an antibiotic that kills bacteria and one that only slows bacterial growth,” Mankin said. “Therefore, we were surprised to find that tightness of the drug binding does not define the ability of the drug to kill bacteria. Instead we understood that bactericidal drugs dissociate from the ribosome at a significantly slower rate.”

The presence of an extended side chain in the structure of the antibiotic functions “like an extra hand to hold on to the ribosome; it allows the drug to bind for a longer period,” says Mankin.

The findings, published in The Proceedings of the National Academy of Sciences, offer a new and previously unexplored possibility.

“The results of this study suggest that when we talk about the mechanism of antibiotic action, we need to talk about more than ‘how tight’ a drug binds,” Mankin said. “We also need to talk about kinetics and the rate of a drug’s disassociation from the ribosome.”

In addition to improving outcomes for individuals who need antibiotic treatment, particularly for patients who are immunocompromised, understanding the difference between bacteriostatic and bactericidal antibiotics may also help to address the problem of rising antibiotic resistance in society.

“If we can understand these mechanisms, we may be able to reduce the rate at which antibiotic resistance develops and repeat infections occur,” Mankin said.

Sveltov and Vázquez-Laslop are co-authors on the paper. A grant from the National Institutes of Health (RO1 GM106386) supported the study.

Adapted (with modifications) from UIC today by Jacqueline Carey, posted on December 11, 2017.