A story of Apollo and Artemis, a single gene that duplicated and evolved to drive opposite sex-specific reproductive functions in Drosophila males and females—a CBC awardee, Manyuan Long, UChicago, reports

How do two organisms carrying virtually the same genome develop into male and female phenotypes? One surprising answer to this question is described in the recent Nature Ecology & Evolution paper from the Manyuan Long group, UChicago. The authors show that in Drosophila, a single gene duplicated and the two copies subsequently evolved to carry opposite sex-specifying functions contributing to the developmental and functional differences between males and females. From an evolutionary point a view, the duplication occurred very recently, only 200,000 years ago. Long is a three-time CBC Award recipient of a Catalyst (2007), a Spark (2009) and a Postdoctoral Research (2014) Awards. Long was also an invited speaker at the 7th Annual CBC Symposium (2009), titled “The Biology of Non-Coding RNAs: Old Molecules, New Actions.” Congratulations! 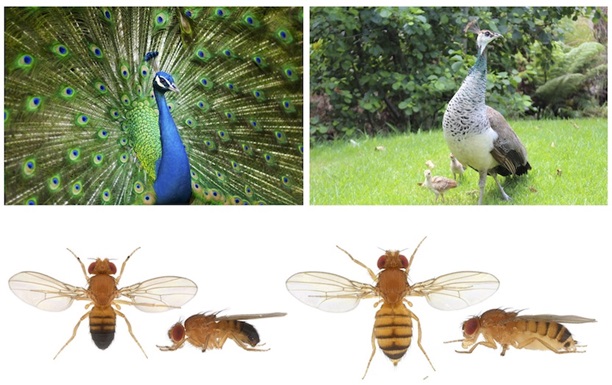 Duplicate copies of a gene shared by male and female fruit flies have evolved to resolve competing demands between the sexes. New genetic analysis by researchers at the University of Chicago describes how these copies have evolved to separate male- and female-specific functions that are crucial to reproduction and fertility. These changes occurred in just 200,000 years since the genes duplicated, meaning that this process can resolve selective pressures between sexes and specialize relatively quickly.

“Even though males and females share nearly all of their genomes, they each have to deal with very distinct selective pressures,” said Nicholas VanKuren, a graduate student at UChicago and co-author of the study, published this week in Nature Ecology & Evolution. “The really unexpected result from this study is that despite being so young, these genes rapidly evolved, not only in a way to mitigate the sexual conflict but also to develop essential, sex-specific functions.”

Males and females of many animal species can have wildly different physical traits. Male birds, for instance, often have bright, flashy plumage to attract the attention of females, while females may have a drab appearance to provide camouflage while they are nesting. These traits directly influence the numbers of offspring that males and females produce, but how do they develop such drastically different appearances when they share the same genome? The genes that control these competing traits, say for feather size and color, are said to be subject to sexual conflict, or selection in opposite directions by males and females. 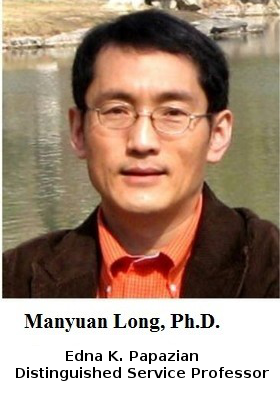 In the new study, VanKuren and co-author Manyuan Long, PhD, the Edna K. Papazian Distinguished Service Professor at UChicago, analyzed duplicate copies of a gene in the fruit fly Drosophila melanogaster. The two copies, called Apollo and Artemis, began as essentially the same gene when D. melanogaster first evolved as a separate species 1.5 million years ago. Based on the genetic differences VanKuren and Long now see between Apollo and Artemis in modern flies, they calculate that the original gene duplicated itself, or was copied and pasted as a second version in the genome, around 200,000 years ago.

Since then, like the twin brother and sister Greek gods they’re named after, Apollo and Artemis have gone their own way. Males and females both carry both copies, but they use them differently. Apollo has become essential for males to produce sperm while Artemis is required for females to produce fertile eggs.

This is one of the first studies to provide data showing that gene duplication can resolve sexual conflict, and that separate functions can evolve much more rapidly than classical evolutionary theories predict.

“It’s unusually quick,” Long said. “All previous discoveries talk about tens of millions of years to evolve sexual functions, so this is dramatic.”

Even as they have become permanent fixtures in the D. melanogaster genome, Apollo and Artemis still show the tug and pull of sexual conflict. When VanKuren and Long experimentally turned off Artemis in males, their fertility increased; likewise, turning off Apollo increased female fertility. Even after they duplicated and specialized, their presence still has a detrimental effect on the opposite sex.

While VanKuren and Long don’t yet know the function of the ancestral gene that preceded Apollo and Artemis, they suspect it must have been subject to extremely strong sexual conflict to still see residual effects. And by specializing in such a short amount of time, these fraternal twin genes show that what may seem like some of the most important biological functions of all can evolve relatively quickly.

“Even though these genes might have formed 200,000 years ago, we see completely different but essential functions in these two sexes,” VanKuren said. “Typically, when people think about really important gene functions, they think about very old genes that have survived the test of time. But this really shows that age may not give the whole story about gene functions.”

Adapted (with modifications) from UChicago Medicine, At the Forefront, by Matt Wood, posted on February 13, 2018.

Manyuan Long (UChicago), who is senior author on the publication, has the following ties to CBC: