Congratulations to a 2014 CBC Postdoctoral Research award recipient, Yucai Wang, who is a co-author on a recent publication in Nature Materials: “Heterogeneous silicon mesostructures for lipid-supported bioelectric interfaces.” Wang, currently a full professor at the University of Science and Technology of China, contributed to the published work during his postdoctoral studies in Bozhi Tian’s group at the Department of Chemistry, The University of Chicago. 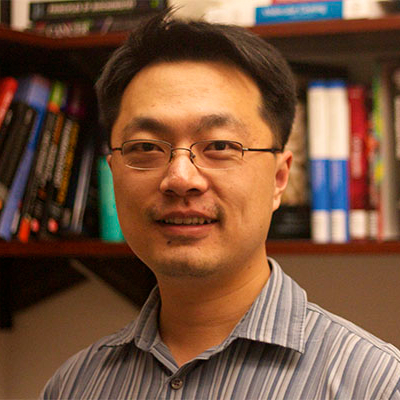 In the campy 1966 science fiction movie “Fantastic Voyage,” scientists miniaturize a submarine with themselves inside and travel through the body of a colleague to break up a potentially fatal blood clot. Micro-humans aside, imagine the inflammation that metal sub would cause.

Ideally, injectable or implantable medical devices should not only be small and electrically functional, they should be soft, like the body tissues with which they interact. Scientists from two UChicago labs set out to see if they could design a material with all three of those properties.

The material they came up with, the subject of a study published June 27 in Nature Materials, forms the basis of an ingenious light-activated injectable device that could eventually be used to stimulate nerve cells and manipulate the behavior of muscles and organs.

“Most traditional materials for implants are very rigid and bulky, especially if you want to do electrical stimulation,” said Bozhi Tian, an assistant professor in chemistry whose lab collaborated with that of neuroscientist Francisco Bezanilla, the Lillian Eichelberger Cannon Professor of Biochemistry and Molecular Biology.

The new material, in contrast, is soft and tiny, composed of particles just a few micrometers in diameter—far less than the width of a human hair—that disperse easily in a saline solution so they can be injected. The particles also degrade naturally inside the body after a few months, so no surgery would be needed to remove them. 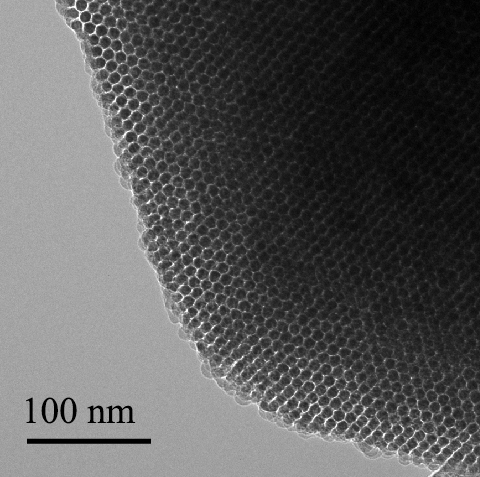 Each particle is built of two types of silicon that together form a structure full of nano-scale pores, like a tiny sponge. And like a sponge, it is also squishy—a hundred to a thousand times less rigid than the familiar crystalline silicon used in transistors and solar cells. “It is comparable to the rigidity of the collagen fibers in our bodies,” said Yuanwen Jiang, Tian’s graduate student. “So we’re creating a material that matches the rigidity of real tissue.”

The material constitutes half of an electrical device that creates itself spontaneously when one of the silicon particles is injected into a cell culture, or, eventually, a human body. The particle attaches to a cell, making an interface with the cell’s plasma membrane. Those two elements together—cell membrane plus particle—form a unit that generates current when light is shined on the silicon particle.

“You don’t need to inject the entire device; you just need to inject one component,” said João L. Carvalho-de-Souza, a postdoctoral scholar in Bezanilla’s lab. “This single particle connection with the cell membrane allows sufficient generation of current that could be used to stimulate the cell and change its activity. After you achieve your therapeutic goal, the material degrades naturally. And if you want to do therapy again, you do another injection.“

The scientists built the particles using a process they call nano-casting. They fabricate a silicon dioxide mold composed of tiny channels, or “nano-wires,” about seven nanometers in diameter and connected by much smaller “micro-bridges.” Into the mold they inject silane gas, which fills the pores and channels and decomposes into silicon.

And this is where things get particularly cunning. The scientists exploit the fact the smaller an object is, the more the atoms on its surface dominate its reactions to what is around it. The micro-bridges are minute, so most of their atoms are on the surface. These interact with oxygen that is present in the silicon dioxide mold, creating micro-bridges made of oxidized silicon gleaned from materials at hand. The much larger nano-wires have proportionately fewer surface atoms, are much less interactive and remain mostly pure silicon.

“This is the beauty of nanoscience,” Jiang said. “It allows you to engineer chemical compositions just by manipulating the size of things.” 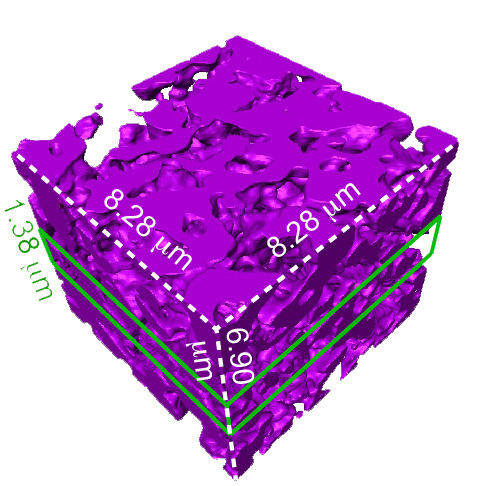 Finally, the mold is dissolved. What remains is a web-like structure of silicon nano-wires connected by micro-bridges of oxidized silicon that can absorb water and help increase the structure’s softness. The pure silicon retains its ability to absorb light.

The scientists have added the particles onto neurons in culture in the lab, shone light on the particles, and seen current flow into the neurons which activates the cells. The next step is to see what happens in living animals. They are particularly interested in stimulating nerves in the peripheral nervous system that connect to organs. These nerves are relatively close to the surface of the body, so near-infra-red wavelength light can reach them through the skin.

Tian imagines using the light-activated devices to engineer human tissue and create artificial organs to replace damaged ones. Currently, scientists can make engineered organs with the correct form but not the ideal function.

To get a lab-built organ to function properly, they will need to be able to manipulate individual cells in the engineered tissue. The injectable device would allow a scientist to do that, tweaking an individual cell using a tightly focused beam of light like a mechanic reaching into an engine and turning a single bolt. The possibility of doing this kind of synthetic biology without genetic engineering is enticing.

“No one wants their genetics to be altered,” Tian said. “It can be risky. There’s a need for a non-genetic system that can still manipulate cell behavior. This could be that kind of system.”

Jiang did the material development and characterization on the project, while Carvalho-de-Souza did the biological component of the collaboration in Bezanilla’s lab. They were, said Tian, the “heroes” of the work.

SOURCE: Adapted (with modifications) from UChicagoNews. Originally published by Carla Reiter, on July 1, 2016.