CBC-Funded Project Plays a Major Role in a Presidential Initiative

The CBC is proud of its early contribution in the establishment of the Genomic Data Commons (GDC) at the University of Chicago. 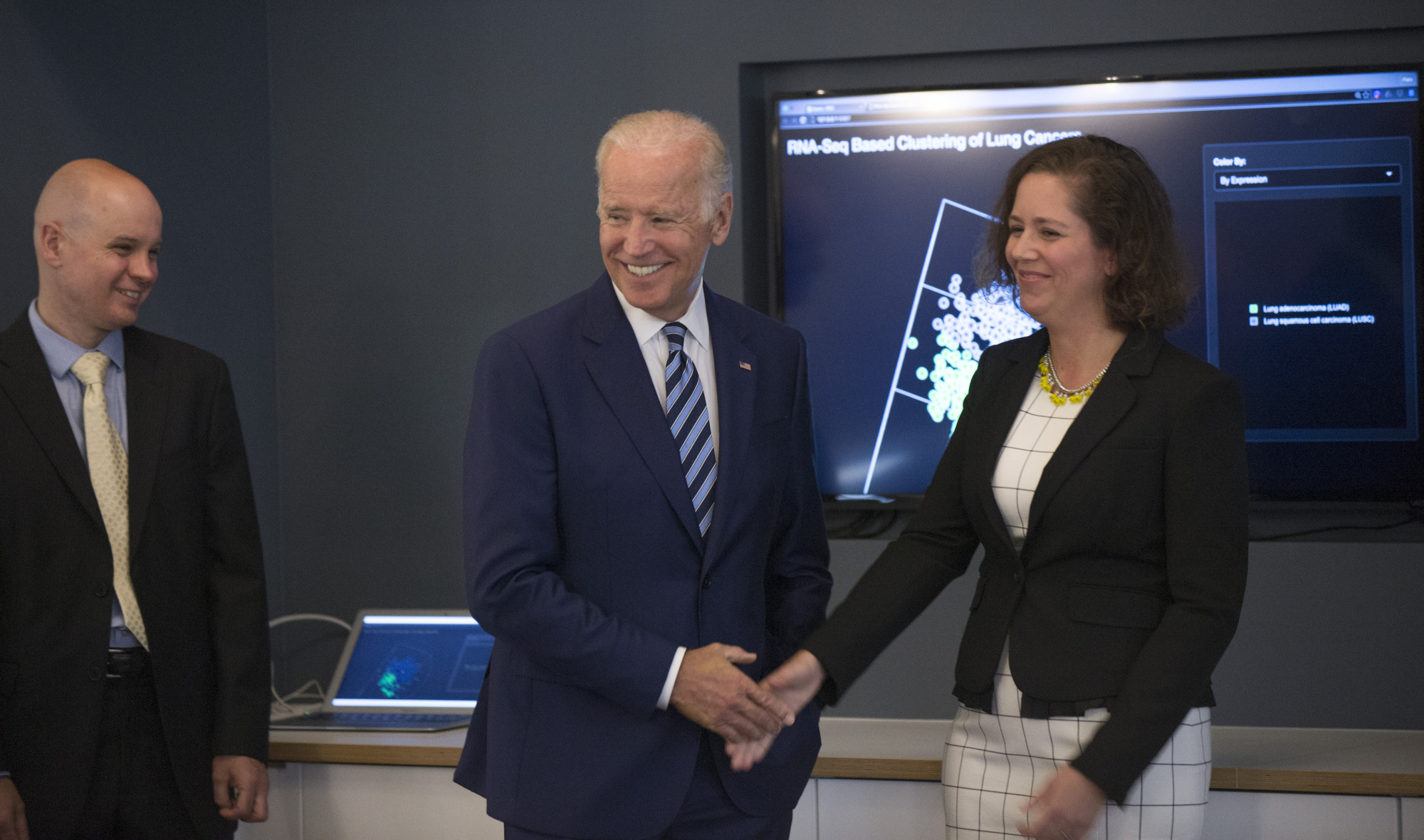 “We couldn’t have done it without support from the CBC, so thank you!” Grossman remarked when Bionimbus was just getting off the ground in 2010. Six years later, this CBC-supported project has evolved into a global resource and a widely accessible knowledge depository center that will facilitate collaborative research efforts in understanding cancer pathogenesis and eradicating this devastating disease.

Quoting Jack Lambert from ASCO Daily News: “As part of the ambitious ‘Moonshot’ effort to eliminate cancer as we know it, Vice President Joe Biden encouraged collaboration and team science within the field of oncology during a speech at the 2016 ASCO Annual Meeting. ‘The whole world is looking to you,’ Vice President Biden told the crowd of oncologists and medical professionals. ‘Your success can literally change the world. We need you now more than we ever have.’”

*On November 11, 2016, Stranger will present her work at the upcoming CBC Symposium: “Genetics of Neurological and Psychiatric Disorders”