Wounds in diabetic patients are known to be notoriously slow to impossible to heal, creating a need for new and more effective wound-healing products. In an article recently published in PNAS by Guillermo Ameer and Milan Mrksich, NU, the authors report on the development of a novel type of bandage that heals diabetic wounds significantly faster than commercially-available products. Moreover, since the new bandage comes in form of a gel, it conforms to any wound shape. It is easily applicable and removable and appears to have no observable side-effects in animal models. The secret of the new bandage is inclusion of a small fragment of laminin which locally promotes skin regeneration. The product is slated to enter pre-clinical studies soon. Both, Ameer, who is corresponding author on the publication, and Mrksich, who is co-senior author, are past CBC awardees with multiple ties to CBC (see below). Congratulations to all scientists involved in this promising research. 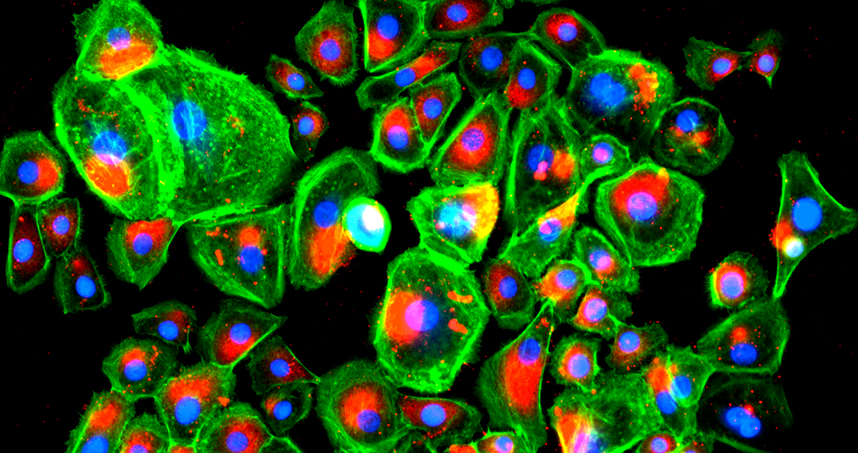 A Northwestern University team has developed a new device, called a regenerative bandage, that quickly heals these painful, hard-to-treat sores without using drugs. During head-to-head tests, Northwestern’s bandage healed diabetic wounds 33 percent faster than one of the most popular bandages currently on the market.

“The novelty is that we identified a segment of a protein in skin that is important to wound healing, made the segment and incorporated it into an antioxidant molecule that self-aggregates at body temperature to create a scaffold that facilitates the body’s ability to regenerate tissue at the wound site,” said Northwestern’s Guillermo Ameer, who led the study. “With this newer approach, we’re not releasing drugs or outside factors to accelerate healing. And it works very well.”

Because the bandage leverages the body’s own healing power without releasing drugs or biologics, it faces fewer regulatory hurdles. This means patients could see it on the market much sooner.

The research was published today, June 11, in the Proceedings of the National Academy of Sciences. Although Ameer’s laboratory is specifically interested in diabetes applications, the bandage can be used to heal all types of open wounds.

The difference between a sore in a physically healthy person versus a diabetic patient? Diabetes can cause nerve damage that leads to numbness in the extremities. People with diabetes, therefore, might experience something as simple as a blister or small scratch that goes unnoticed and untreated because they cannot feel it to know it’s there. As high glucose levels also thicken capillary walls, blood circulation slows, making it more difficult for these wounds to heal. It’s a perfect storm for a small nick to become a limb-threatening — or life-threatening — wound. 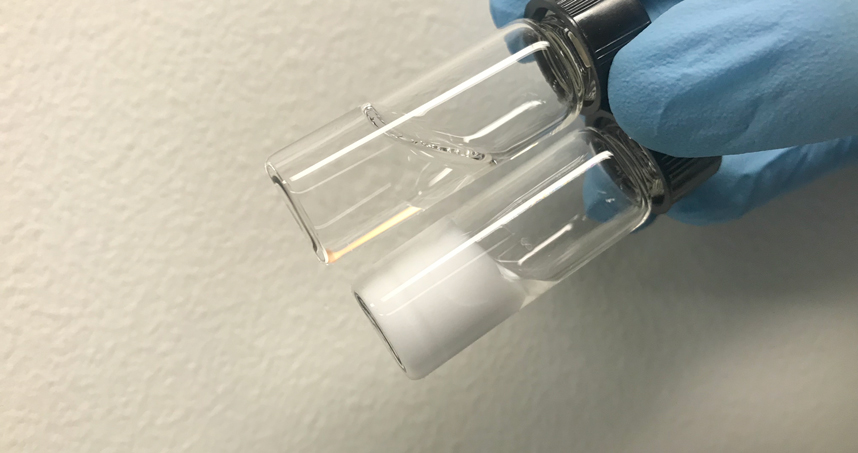 The hydrogel appears as a liquid state and solid after exposure to body temperature. (Credit: Ameer Research Lab, NU)

The secret behind Ameer’s regenerative bandage is laminin, a protein found in most of the body’s tissues including the skin. Laminin sends signals to cells, encouraging them to differentiate, migrate and adhere to one another. Ameer’s team identified a segment of laminin — 12 amino acids in length — called A5G81 that is critical for the wound-healing process.

“This particular sequence caught our eye because it activates cellular receptors to get cells to adhere, migrate and proliferate,” Ameer said. “Then we cut up the sequence to find the minimum size that we needed for it to work.”

By using such a small fragment of laminin rather than the entire protein, it can be easily synthesized in the laboratory — making it more reproducible while keeping manufacturing costs low. Ameer’s team incorporated A5G81 into an antioxidant hydrogel bandage that it previously developed in the laboratory.

The bandage’s antioxidant nature counters inflammation. And the hydrogel is thermally responsive: It is a liquid when applied to the wound bed, then rapidly solidifies into a gel when exposed to body temperature. This phase change allows it to conform to the exact shape of the wound — a property that helped it out-perform other bandages on the market.

“Wounds have irregular shapes and depths. Our liquid can fill any shape and then stay in place,” Ameer said. “Other bandages are mostly based on collagen films or sponges that can move around and shift away from the wound site.”

Patients also must change bandages often, which can rip off the healing tissue and re-injure the site. Ameer’s bandage, however, can be rinsed off with cool saline, so the regenerating tissue remains undisturbed.

Not only will the lack of drugs or biologics make the bandage move to market faster, it also increases the bandage’s safety. So far, Ameer’s team has not noticed any adverse side effects in animal models. This is a stark difference from another product on the market, which contains a growth factor linked to cancer.

“It is not acceptable for patients who are trying to heal an open sore to have to deal with an increased risk of cancer,” Ameer said.

Next, Ameer’s team will continue to investigate the bandage in a larger pre-clinical model.

Ameer served as the paper’s co-corresponding author along with Northwestern’s Milan Mrksich, the Henry Wade Rogers Professor of Biomedical Engineering, professor of chemistry and professor of cell and molecular biology. Yunxiao Zhu, a Ph.D. candidate in Ameer’s laboratory, was the paper’s first author.

Adapted (with modifications) from the Northwestern Engineering News, by Amanda Morris, published on June 11, 2018.