CBC Awardee, Christopher Gomez, UChicago, explains how two distinct proteins translated from a common mRNA could interplay in the development of the cerebellum and in its pathology 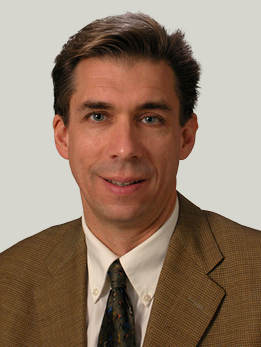 Congratulations to Christopher Gomez, UChicago, for his recent publication in Neuron, “α1ACT Is Essential for Survival and Early Cerebellar Programming in a Critical Neonatal Window.” The paper by Gomez was partially supported by a CBC Catalyst Award he received in 2015, for the project titled “Overlapping Cistrons within Mammalian mRNAs.”

The article analyzes bicistronic expression of a calcium channel and a previously discovered by Gomez transcription factor α1ACT during neuronal development using a mouse model system. Specifically, the authors address α1ACT function in the cerebellum. α1ACT appears essential to embryonic but not adult development and survival in the mouse system and a perinatal knock-out of α1ACT causes motor dysfunctions characteristic of ataxias. The authors speculate that similar bicistronic expression patterns may exist in the case of other calcium channel genes and that the interplay of the two proteins translated from the same mRNA during development of the nervous system may contribute to a variety of complex genetic syndromes.

Gomez is senior author and a member of his lab, Xiaofei Du, is first author on the Neuron publication. Du and Gomez received a CBC HTS Award in 2013, for the project “HTS for molecules that block a novel IRES and a pathogenic protein encoded by a novel cistron.” Congratulations to all authors of the current study.

Postnatal cerebellar development is a precisely regulated process involving well-orchestrated expression of neural genes. Neurological phenotypes associated with CACNA1A gene defects have been increasingly recognized, yet the molecular principles underlying this association remain elusive. By characterizing a dose-dependent CACNA1A gene deficiency mouse model, we discovered that α1ACT, as a transcription factor and secondary protein of CACNA1A mRNA, drives dynamic gene expression networks within cerebellar Purkinje cells and is indispensable for neonatal survival. Perinatal loss of α1ACT leads to motor dysfunction through disruption of neurogenesis and synaptic regulatory networks. However, its elimination in adulthood has minimal effect on the cerebellum. These findings shed light on the critical role of α1ACT in facilitating neuronal development in both mice and humans and support a rationale for gene therapies for calcium-channel-associated cerebellar disorders. Finally, we show that bicistronic expression may be common to the voltage-gated calcium channel (VGCC) gene family and may help explain complex genetic syndromes. 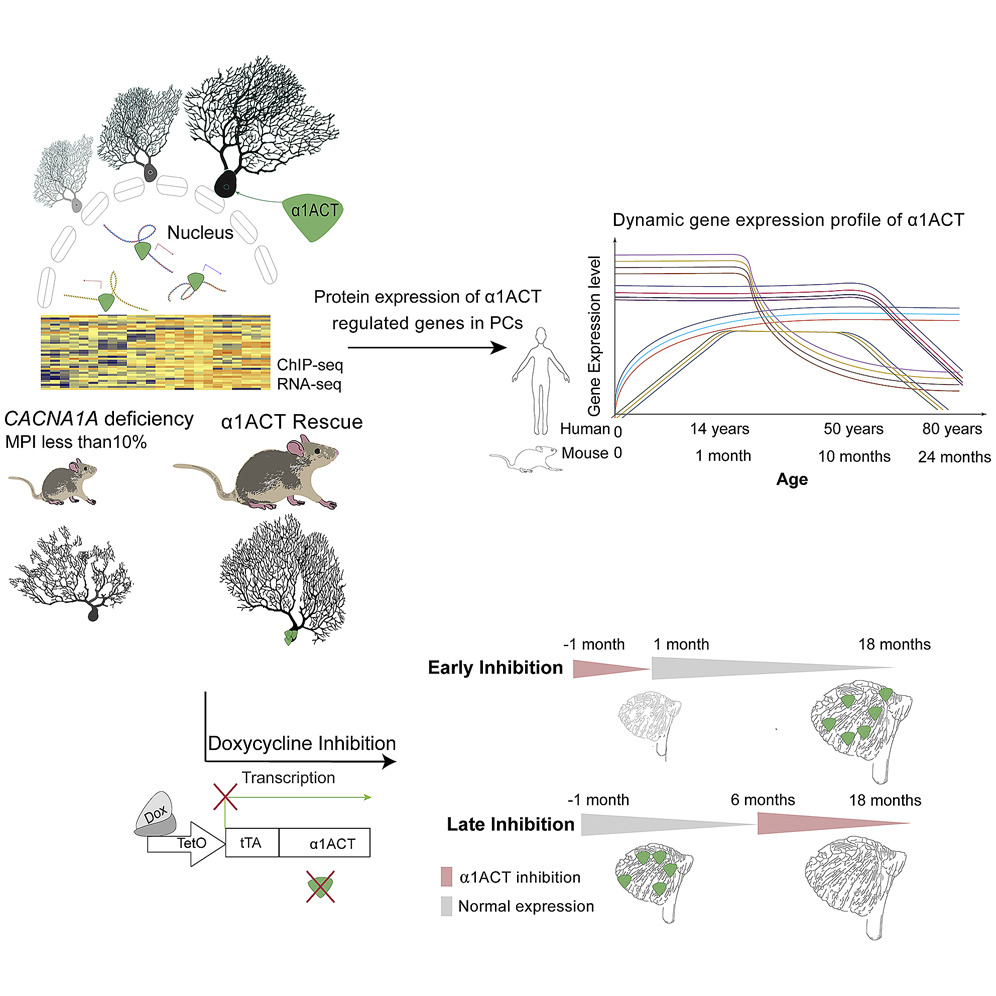 Reported by PI Christopher Gomez during the CBC annual data collection (Dec. 2018) as partially funded by a CBC Catalyst Award (2015; see below).