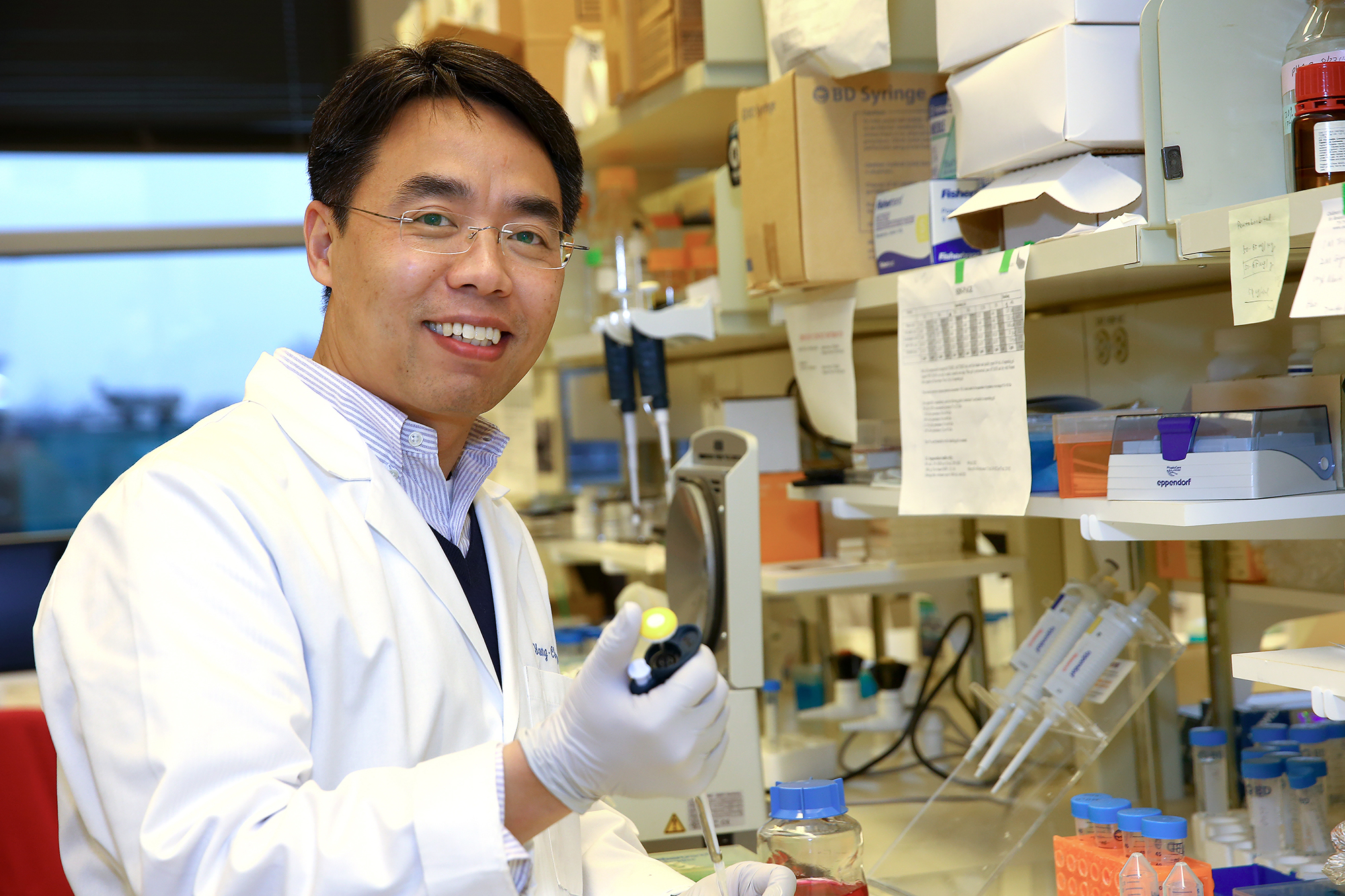 Congratulations to Yongchao Ma, NU, for his contribution to a recent publication in Frontiers in Genetics, “Defective Expression of Mitochondrial, Vacuolar H+-ATPase and Histone Genes in a C. elegans Model of SMA.” The publication looks into the molecular mechanisms underlying the spinal muscular atrophy or SMA, a rare but devastating disease with no known treatment and only palliative management of a patient’s discomfort. The disease is caused by loss-of-function mutations in the survival motor neuron gene SMN1. In the recent study, the authors looked into a C. elegans model of SMA and found that smn-1 gene may be interfering with general mechanisms of RNA splicing and thus affect the expression of mitochondrial and histone genes.

The publication acknowledges CBC funding: a CBC Catalyst Award that Yongchao Ma received in 2016 for the project: Deciphering RNA Methylation in Regulating Neuronal Functions in Health and Disease.” The CBC is proud to have supported the present study and congratulates all authors involved.

The lower motor neurons, located in the spinal cord, are important cells involved in motor function in the central nervous system (CNS) (Source: Together in SMA)

Spinal muscular atrophy (SMA) is a severe motor neuron degenerative disease caused by loss-of-function mutations in the survival motor neuron gene SMN1. It is widely posited that defective gene expression underlies SMA. However, the identities of these affected genes remain to be elucidated. By analyzing the transcriptome of a Caenorhabditis elegans SMA model at the pre-symptomatic stage, we found that the expression of numerous nuclear encoded mitochondrial genes and vacuolar H+-ATPase genes was significantly down-regulated, while that of histone genes was significantly up-regulated. We previously showed that the uaf-1 gene, encoding key splicing factor U2AF large subunit, could affect the behavior and lifespan of smn-1 mutants. Here, we found that smn-1 and uaf-1 interact to affect the recognition of 3′ and 5′ splice sites in a gene-specific manner. Altogether, our results suggest a functional interaction between smn-1 and uaf-1 in affecting RNA splicing and a potential effect of smn-1 on the expression of mitochondrial and histone genes.

The study was supported by National Natural Science Foundation of China grants (31371253 and 31571045) and a MOST grant (2016YFC1201805) to LM and by National Institutes of Health grant numbers R01NS094564 and R21NS106307, and grants from The Hartwell Foundation, Cure SMA and the Chicago Biomedical Consortium to YCM. YCM is the Ann Marie and Francis Klocke M.D. Research Scholar supported by the Joseph and Bessie Feinberg Foundation.