Congratulation to Leonidas Platanias, Elspeth Beauchamp, Elizabeth Eklund and Paul Thomas of NU for their recent publication in Blood, “Identification and targeting of novel CDK9 complexes in acute myeloid leukemia.” The authors identified a novel protein complex from a TORC family, called cTORC. Similarly to the previously characterized mTORC, cTORC has also been found overactive in acute leukemias. Mutations in mTORC, a protein complex that normally regulates protein production, are found in many patients with acute myeloid leukemia (AML). As a result of the mutations, protein synthesis becomes overstimulated thus promoting cancer growth. The authors speculate that a combined therapy that would inhibit both, mTORC and cTORC, may become more effective in treating the leukemias.

This group of authors are all past CBC awardees and affiliates. Leonidas Platanias, senior author, and his postdoc, Elspeth Beauchamp, first author on the paper, received a CBC HTS Award (2013) for the project “Identification of Selective mTORC2 Inhibitors for the Treatment of Cancer.” The same year, Elizabeth Eklund also received a CBC HTS Award for the project “Screening for Molecules That Block Interaction of Fas-Associated Phosphatase 1 With Substrate Proteins: A Strategy to Abolish Therapy-Resistant Leukemia Stem Cells.” Paul Thomas devoted much of his time over the years to teaching at the CBC Summer Workshops in Proteomics and Informatics (2010-2015). The CBC appreciates Paul’s time and dedication to the CBC programming and congratulates all authors on the current study. 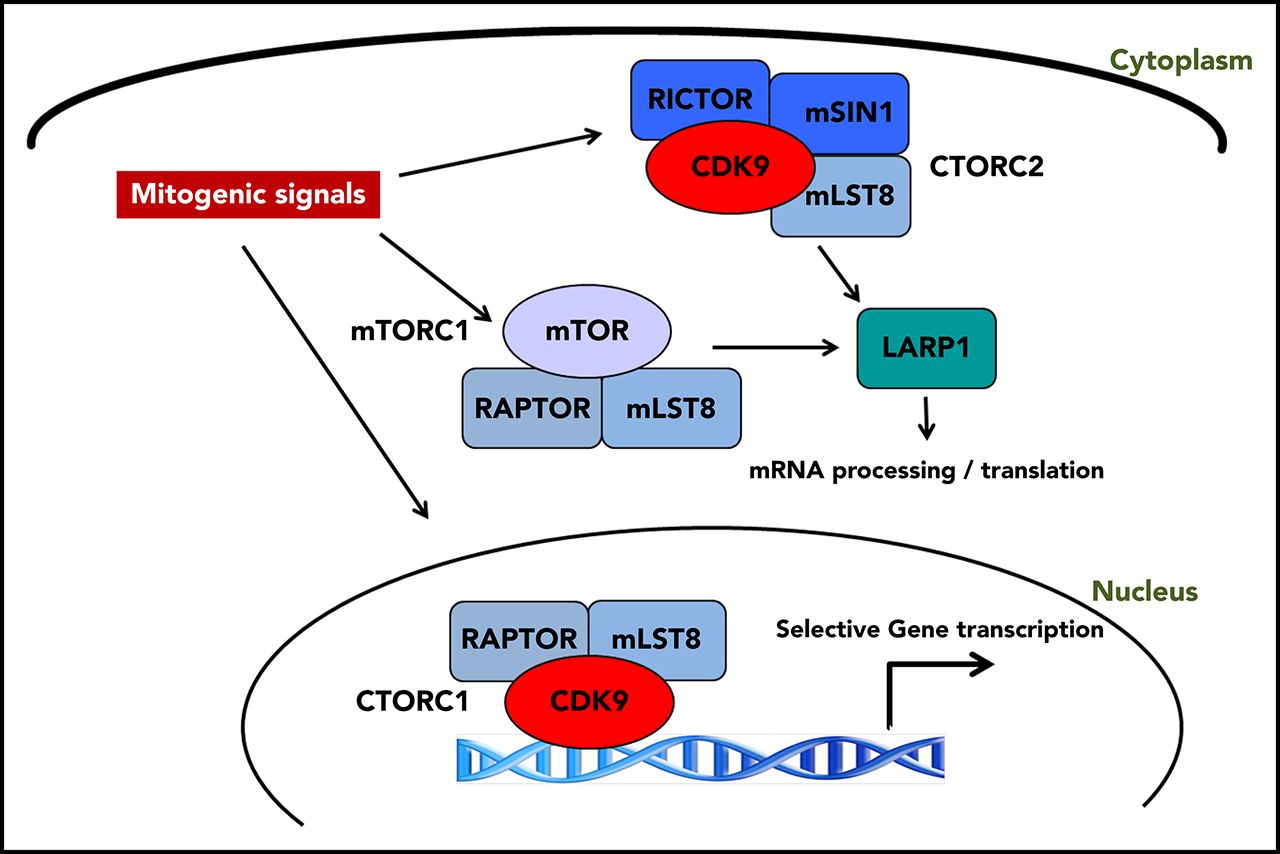 An overactive protein complex that helps drive the development of leukemia may explain why many therapies for the cancer have proven ineffective, according to a new Northwestern Medicine study published in the journal Blood.

Another complex, called mTORC, is often upregulated in leukemia but was previously believed to be the only one exhibiting this behavior — until the current study, when Northwestern scientists discovered a never-before-seen counterpart, called cTORC.

This newly identified complex has a similar function, and its existence may explain why cancer therapies targeting only mTORC have been unsuccessful thus far, according to Leonidas Platanias, MD, PhD, the Jesse, Sara, Andrew, Abigail, Benjamin and Elizabeth Lurie Professor of Oncology, director of the Robert H. Lurie Comprehensive Cancer Center of Northwestern University and senior author of the study. 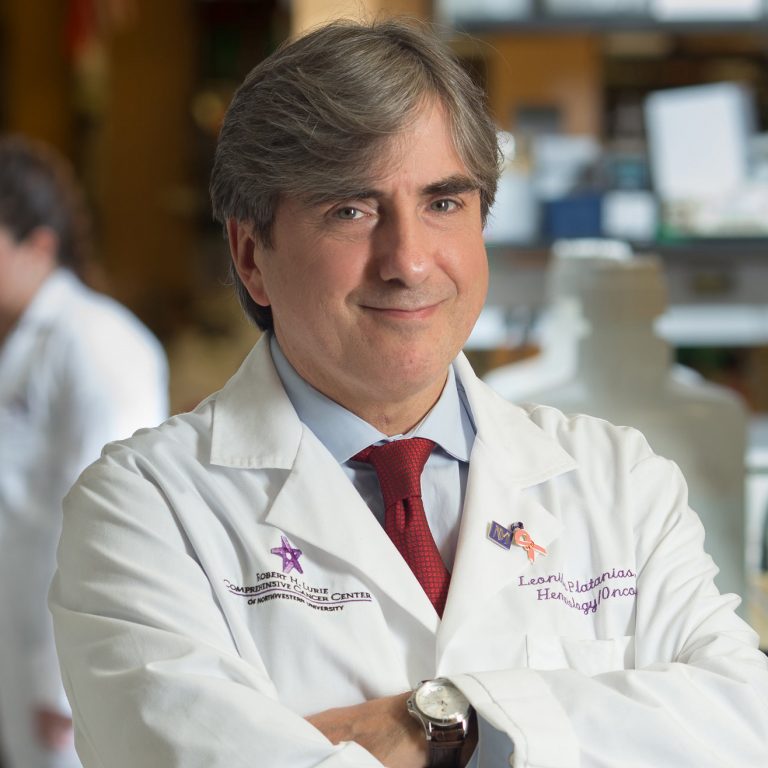 “The treatments may not work because they’re only targeting half of this pathway,” said Platanias, who is also a professor of Medicine in the Division of Hematology and Oncology and a professor of Biochemistry and Molecular Genetics. “Instead, targeting both complexes together may be much more effective in fighting cancer.”

mTORC is a protein complex comprised of a central kinase, called mammalian target of rapamycin (mTOR). That central kinase is bound to various smaller proteins — an arrangement like a planet with orbiting moons.

In normal cells, mTORC regulates protein production, but about 60 percent of patients with acute myeloid leukemia (AML) have mutations that abnormally activate the pathway, speeding protein synthesis and contributing to cancer growth.

Because it regulates critical cellular functions, targeting mTOR was regarded as a promising therapy, according to Platanias. However, human trials found only modest success in a small number of tumors, leading scientists to search for other ways to target this protein production pathway.

In the current study, Platanias and his colleagues used a proteomic approach to identify other complexes that contained some of the same “orbiting” proteins as mTORC. They discovered cTORC, a similar protein complex with a kinase called CDK9 at the center.

Transcriptional analysis confirmed that cTORC also contributed to cancer growth, and inhibiting cTORC in mouse models of AML successfully slowed the cancer, according to the study. There is evidence that targeting CDK9 could work in humans, but Platanias believes a combination therapy would be most effective.

Cancers are notoriously complex, Platanias explained, with backup mechanisms or secondary pathways that kick in if something is shut down or broken.

“You try and block one exit, they open another door,” Platanias said. “But with this, we’re dealing with very central mechanisms for the survival of leukemia cells — if you shut them both down, you may hit it where it hurts.”

The next step is to test the CDK9 inhibitor’s effectiveness in human trials. Further, these findings shift the prevailing view of these protein complexes, Platanias said, encouraging other investigators to re-examine similar complexes that may have been overlooked, with the hopes of identifying things that have disease relevance.

“We realized that if we keep hitting mTOR alone, it doesn’t work well,” Platanias said. “Now we understand why.”

This work was supported in part by National Institutes of Health, National Cancer Institute (NCI) grants CA121192, CA77816 and CA189074, and by grant I01CX000916 from the Department of Veterans Affairs.

Source:
Adapted (with modifications) from NU Medicine News by Will Doss, published on April 10, 2019.