Gamma-ray detectors are commonly used in basic biomedical research and imaging, as well as in anti-terrorism activities, related to nuclear material detection by homeland security. The currently used detectors have been around for over 30 years and are effective but come with limitations including the high cost of production. A research team, lead by Mercouri G. Kanatzidis, who has a joint appointment with NU and Argonne, has recently published a paper in Nature Communications, which describes the development of a much less expensive and equally effective new material — a cesium lead bromide crystal — capable of detecting gamma-rays. Furthermore, the authors configured a new type of device that utilizes the new material’s semiconductor properties only in the presence of gamma rays. Vinayak Dravid, NU, is co-author on the study and has links to CBC: in 2009 he was a co-recipient of a CBC Spark Award for the project: “Support for an Innovative Cryo-STEM for Element-Specific Imaging of Cells and Tissue.” Congratulations to all researchers involved in the study! 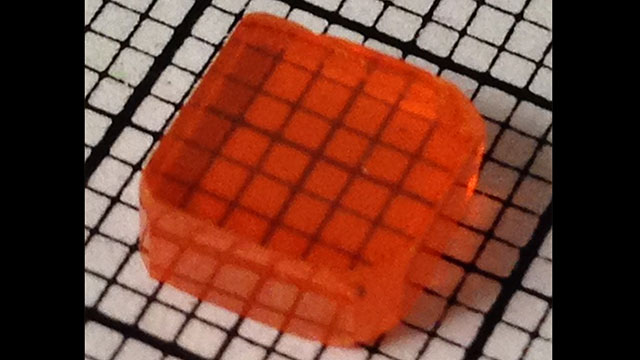 EVANSTON – A Northwestern University and Argonne National Laboratory research team has developed an exceptional next-generation material for nuclear radiation detection that could provide a significantly less expensive alternative to the detectors now in commercial use.

Specifically, the high-performance material is used in a device that can detect gamma rays, weak signals given off by nuclear materials, and can easily identify individual radioactive isotopes. It has been more than 30 years since a material with this performance was developed, with the new material having the advantage of inexpensive production.

Potential uses for the new device include more widespread detectors — including handheld — for nuclear weapons and materials as well as applications in biomedical imaging, astronomy and spectroscopy.

“Governments of the world want a quick, low-cost way to detect gamma rays and nuclear radiation to fight terrorist activities, such as smuggling and dirty bombs, and the proliferation of nuclear materials,” said Northwestern’s Mercouri G. Kanatzidis, the corresponding author of the paper. “This has been a very difficult problem for scientists to solve. Now we have an exciting new semiconductor device that is inexpensive to make and works well at room temperature.”

Kanatzidis is a Charles E. and Emma H. Morrison Professor of Chemistry in the Weinberg College of Arts and Sciences. He has a joint appointment with Argonne.

The research was published this week in the journal Nature Communications.

In 2013, Argonne published a scientific study noting the promise of cesium lead bromide in the form of perovskite crystals for high-energy radiation detection. Since then, researchers led by Kanatzidis, Duck Young Chung of Argonne and Constantinos Stoumpos of Northwestern have worked to purify and improve the material.

The breakthrough came when Yihui He, a postdoctoral fellow in Kanatzidis’ group and the paper’s first author, took the improved material and reconfigured the semiconductor device. Instead of using the same electrode on either side of the crystal, he used two different electrodes. With this asymmetrical design, the device only conducts electricity when gamma rays are present. 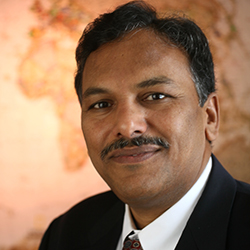 Past CBC Spark Award recipient, Vinayak Dravid, NU, was co-author on the study.

The researchers compared the performance of their new cesium lead bromide detector to the conventional cadmium zinc telluride (CZT) detector and found it performed just as well in detecting gamma rays with high resolution from cobalt-57.

“We achieved the same performance in two years of research and development as others did in 20 years with cadmium zinc telluride, the expensive material that is currently used,” Kanatzidis said.

It is important to know what the gamma-ray emitting material is, Kanatzidis stressed, because some materials are legal and some are illegal. Each radioactive isotope possesses its own “fingerprint”: a different decay behavior and a unique characteristic gamma-ray emission spectrum. The new cesium lead bromide detector can detect these fingerprints.

In the study, the researchers found the detector successfully identified radioactive isotopes americium-241, cobalt-57, cesium-137 and sodium-22. The researchers also produced larger crystal samples to demonstrate the material can be scaled up.

Adapted (with modifications) from Northwestern Now, by Megan Fellman, published on April 25, 2018.