Congratulations to Jeffrey Hubbell and Melody Swartz, UChicago, who are senior co-authors on a recent publication in Science Translational Medicine, “Matrix-binding checkpoint immunotherapies enhance antitumor efficacy and reduce adverse events.” Both Hubbell and Swartz are bioengineers working at the Institute for Molecular Engineering (IMI) at the University of Chicago. Each has ties to the CBC: Jeffrey received a CBC Catalyst Award in 2016 and Melody was an invited speaker at the 9th Annual CBC Symposium (2011), “Engineering Biology: From Tools to Insights.” 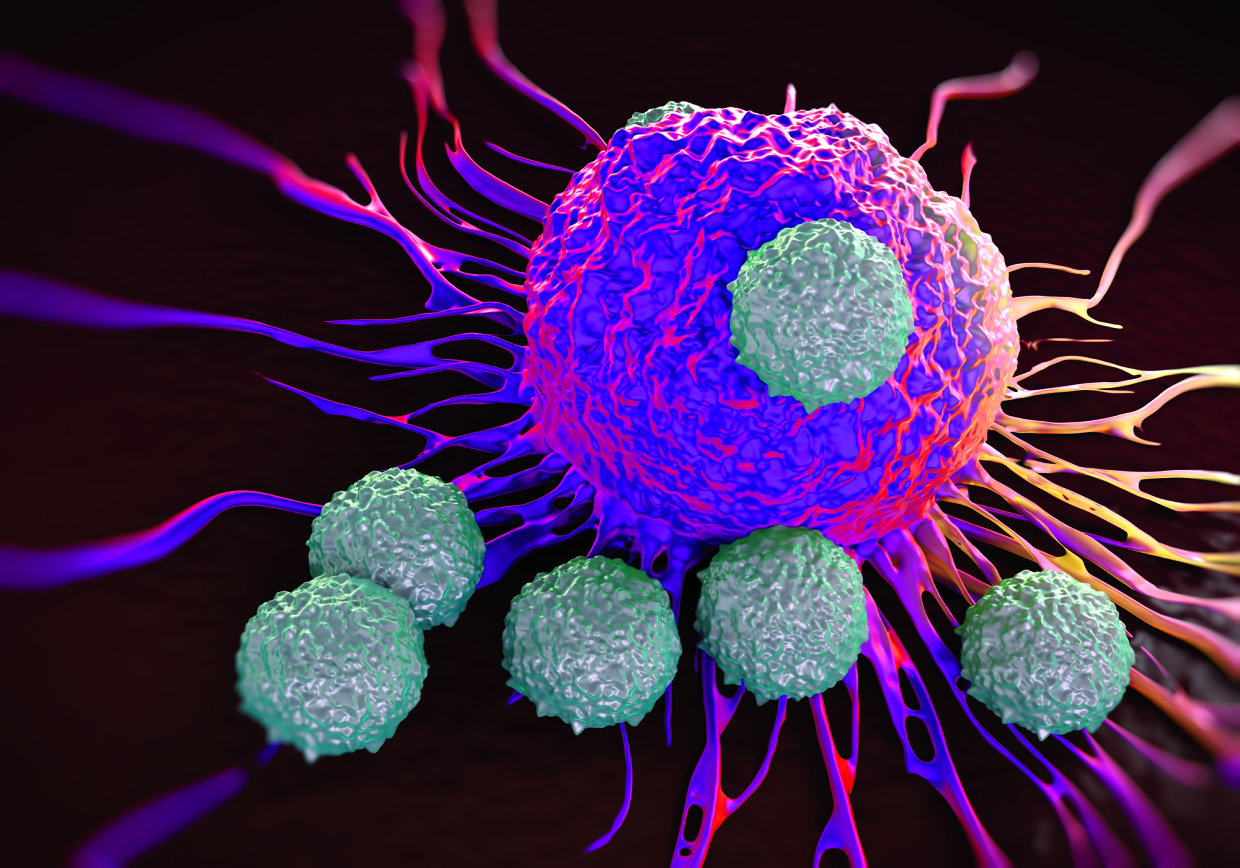 By connecting highly effective cancer immunotherapy drugs such as anti-CTLA4 (ipilimumab) and anti-PD-L1 (atezolizumab) to peptides that bind to tissues in and around tumors, a research team based at the University of Chicago found a way to improve the drugs’ impact while limiting treatment-related side effects.

In the last five years, these drugs, known as checkpoint inhibitors, have revolutionized treatment for a wide range of cancers. They can overcome barriers that prevent a patient’s immune system from finding and removing tumor cells. But these drugs, administered through an intravenous drip directly into the blood stream, often trigger troubling autoimmune responses. Two out of three patients receiving this form of immunotherapy have grade-3 or 4 adverse effects. One third of those patients discontinue therapy because of treatment-related problems.

“We wanted to find a more targeted way to give these drugs,” said study author Jeffrey Hubbell, PhD, the Eugene Bell Professor in Tissue Engineering at the University of Chicago. “We felt we could reduce the systemic side effects if we could inject them directly into or around a tumor and, more important, keep them there, concentrating the drug in the place where it ought to go.” 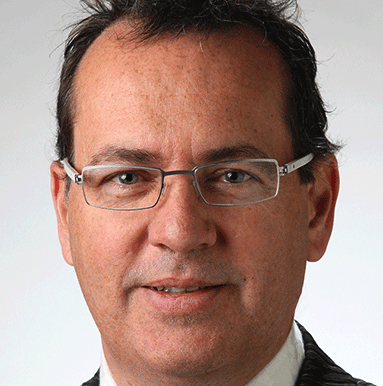 In the November 8, 2017 issue of Science Translational Medicine, Hubbell and colleagues show that injecting the drugs directly into tumor sites reduced systemic side effects and enhanced efficacy. “We weren’t really expecting that both would occur,” Hubbell said. “We were surprised to see such dramatic gains in efficacy.”

The key to improving the performance of these drugs was developing peptides that could anchor the anti-cancer drugs within or adjacent to the tumor environment.

“We had previously discovered a particular peptide sequence that binds to the many components of extra-cellular matrix,” Hubbell said. This led to aggressive screening of related compounds, which led them to a “super-affinity” peptide derived from placenta growth factor-2 (PlGF-2), which has an exceptionally high affinity for extra-cellular matrix proteins.

They were then able to identify the precise part of PlGF-2 (the region 123-144) that does the binding. It links to eight common extra-cellular matrix proteins. So the researchers conjugated the PlGF-2123-144  peptide to the anti-cancer drugs anti-CTLA4 and anti-PD-L1.

Testing in mice showed that both conjugates – PlGF-2123-144 anti-CTLA4 and PlGF-2123-144 anti-PD-L1 – were tethered to the injection site. Very little drug entered the blood stream, where it was barely detectable within three days.

Test results indicate that binding the drugs to the tumor matrix could prevent systemic side effects. Eight out of eight 16-week old non-obese diabetic mice developed autoimmune diabetes after treatment with the standard checkpoint blockade drugs, but none of the mice exposed to the conjugated PlGF-2 checkpoint-blockade drugs developed diabetes. 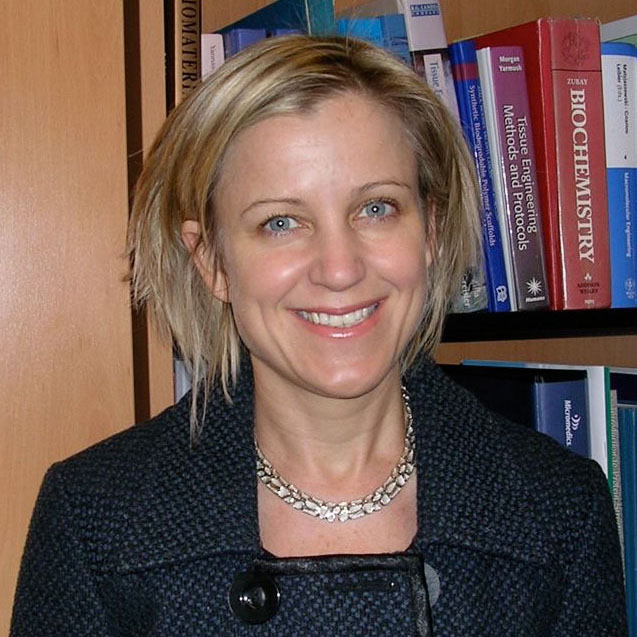 The modified drugs suppressed tumor growth and prolonged survival in mice with transplanted melanoma and breast cancers. It eradicated breast tumors in 11 out of 16 mice, compared to only five out of 15 mice that responded to treatment with standard anti-CTLA4 and anti-PD-L1.

“We think we have developed a straightforward way to modify the really important immunotherapy drugs that work remarkably well in some patients but don’t work at all in others,” Hubbell said. “We found that we can enhance efficacy, at least in this mouse model. Perhaps more important, we believe we can reduce the side effects of these remarkable but problematic drugs, allowing patients who need them to remain on the therapy.”

Adapted (with modifications) from UChicago Medicine ScinceLife, posted by John Easton on November 8, 2017.