Congratulations to Guillermo Ameer who has just been elected as a fellow of the American Institute of Chemical Engineers (AIChE). Ameer has received multiple awards from CBC: he is a co-recipient of a CBC Catalyst Award (2013) and three postdoctoral fellows in his lab received CBC Postdoctoral Research Awards (twice in 2014 and once in 2015). In addition, Ameer’s startup company, VesselTek Biomedical, won the CBC Business Plan Competition in 2009. Ameer is a co-founder of several medical device companies in the areas of dialysis, vascular surgery, and orthopedic surgery. He was an invited speaker at the inaugural CBC Accelerator Network (CBCAN) meeting in March 2017.

Ameer honored for his pioneering work in biomaterials and regenerative engineering 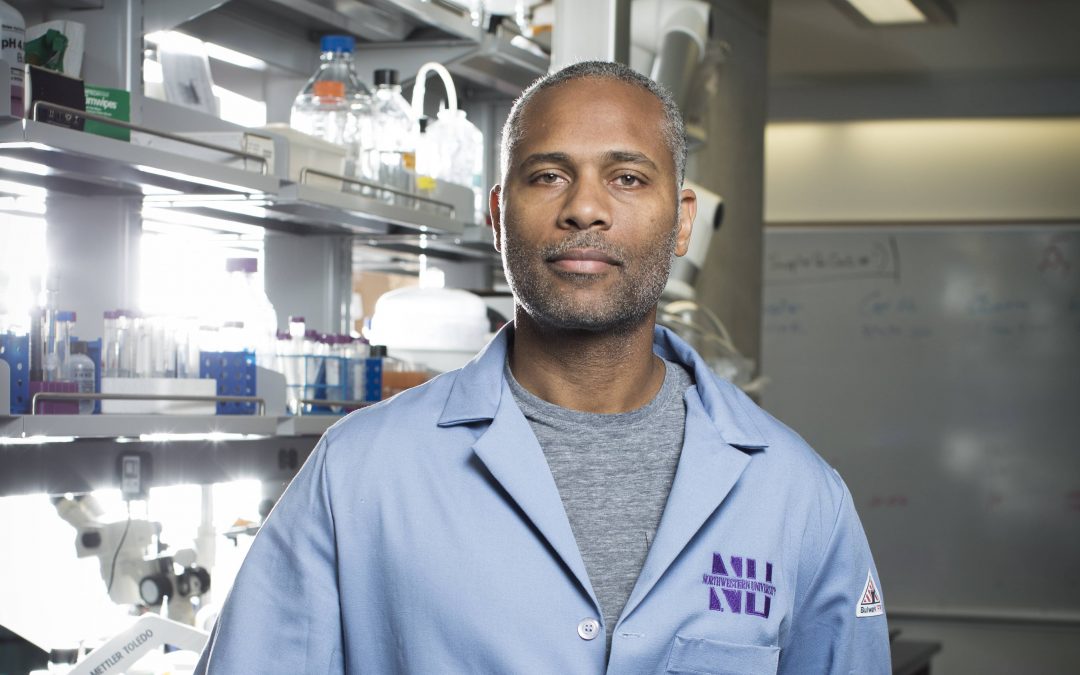 Northwestern Engineering’s Guillermo Ameer has been elected as a fellow of the American Institute of Chemical Engineers (AIChE), the world’s leading organization for chemical engineering professionals.

An expert in biomaterials and regenerative engineering, Ameer was recognized for his valuable contributions to the field. He officially received the award on October 31 at the AIChE Fellows Breakfast in Minneapolis.

“It’s an honor to be recognized and receive this distinction from AIChE,” said Ameer, the Daniel Hale Williams Professor of Biomedical Engineering and Surgery. “It puts me in the company of such highly accomplished chemical engineers.”

Nominated by their peers, AIChE fellows are elite members who have practiced chemical engineering for more than 25 years and made significant contributions to the profession. AIChE’s board of directors elected 28 fellows this year.

Ameer has received many awards and honors for his work. In 2003, MIT Technology Review selected him as a top innovator under 35. He also received the American Heart Association Established Young Investigator Award, the Wallace Coulter Early Career Translational Award, and a prestigious CAREER Award from the National Science Foundation. He is also a fellow of the American Institute of Medical and Biological Engineering and a fellow of the Biomedical Engineering Society.