Vadim Backman (NU), Lucy Godley (UChicago) and Jack Kaplan (UIC) are Principal Investigators on the $1.5M CBC Lever Award (2015) which supported the “Chicago Center for Physical Science-Oncology Innovation and Translation.” Professors Backman, Godley, and Kaplan are members of a team led by Thomas O’Halloran (NU) and Jonathan Licht (NU) which won a $10M NCI U54 grant to fund the Chicago Region Physical Science-Oncology Center. CBC Lever funds support the Center’s instrumentation and shared resources. Three scientists with ties to the Lever Award are co-authors on a recent publication in Nature Biomedical Engineering: “Macrogenomic engineering via modulation of the scaling of chromatin packing density.” These are: Vadim Backman and Thomas O’Halloran (NU; senior co-authors) and Andrew Mazar (Monopar Therapeutics, Inc.). Congratulations!

Scroll down to learn more about the featured scientists other links to the CBC.

For the first time, researchers control cells’ chromatin to prevent cancer from adapting to treatment

Northwestern Engineering’s Vadim Backman has developed an effective new strategy for treating cancer, which has wiped out the disease to near completion in cellular cultures in the laboratory. 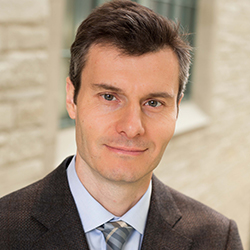 The treatment works by controlling chromatin, a group of macromolecules — including DNA, RNA, and proteins — that houses genetic information within cells and determines which genes get suppressed or expressed. In the case of cancer, chromatin has the ability to regulate the capacity of cancer cells to find ways to adapt to treatment by expressing genes that allow the cancer cells to become resistant to treatment.

Backman’s solution alters chromatin’s structure in a way that prevents cancer from evolving to withstand treatment, making the disease an easier target for existing drugs. If the cells cannot evolve to resist chemotherapy, for example, they die. After having shown great potential to fight cancer in cellular cultures, the treatment is now undergoing studies in an animal model.

“If you think of genetics as hardware, then chromatin is the software,” said Backman, the Walter Dill Scott Professor of Biomedical Engineering at Northwestern’s McCormick School of Engineering. “Complex diseases such as cancer do not depend on the behavior of individual genes, but on the complex interplay among tens of thousands of genes. By targeting chromatin, we can modulate global patterns in gene expression.”

Supported by the National Science Foundation’s Emerging Frontiers in Research and Innovation program and Northwestern’s Physical Sciences-Oncology Center, the research was published today in Nature Biomedical Engineering. In addition to Backman, Igal Szleifer, the Christina Enroth-Cugell Professor of Biomedical Engineering; Shohreh Shahabi, professor of gynecologic oncology in the Feinberg School of Medicine; and Thomas O’Halloran, the Morris Professor of Chemistry and Molecular Biosciences, are the paper’s senior authors and are all members of the Robert H. Lurie Comprehensive Cancer Center at Northwestern University. Backman is also a member of the Chemistry of Life Processes Institute and the Lurie Cancer Center, where he leads its Cancer and Physical Sciences Research Program. 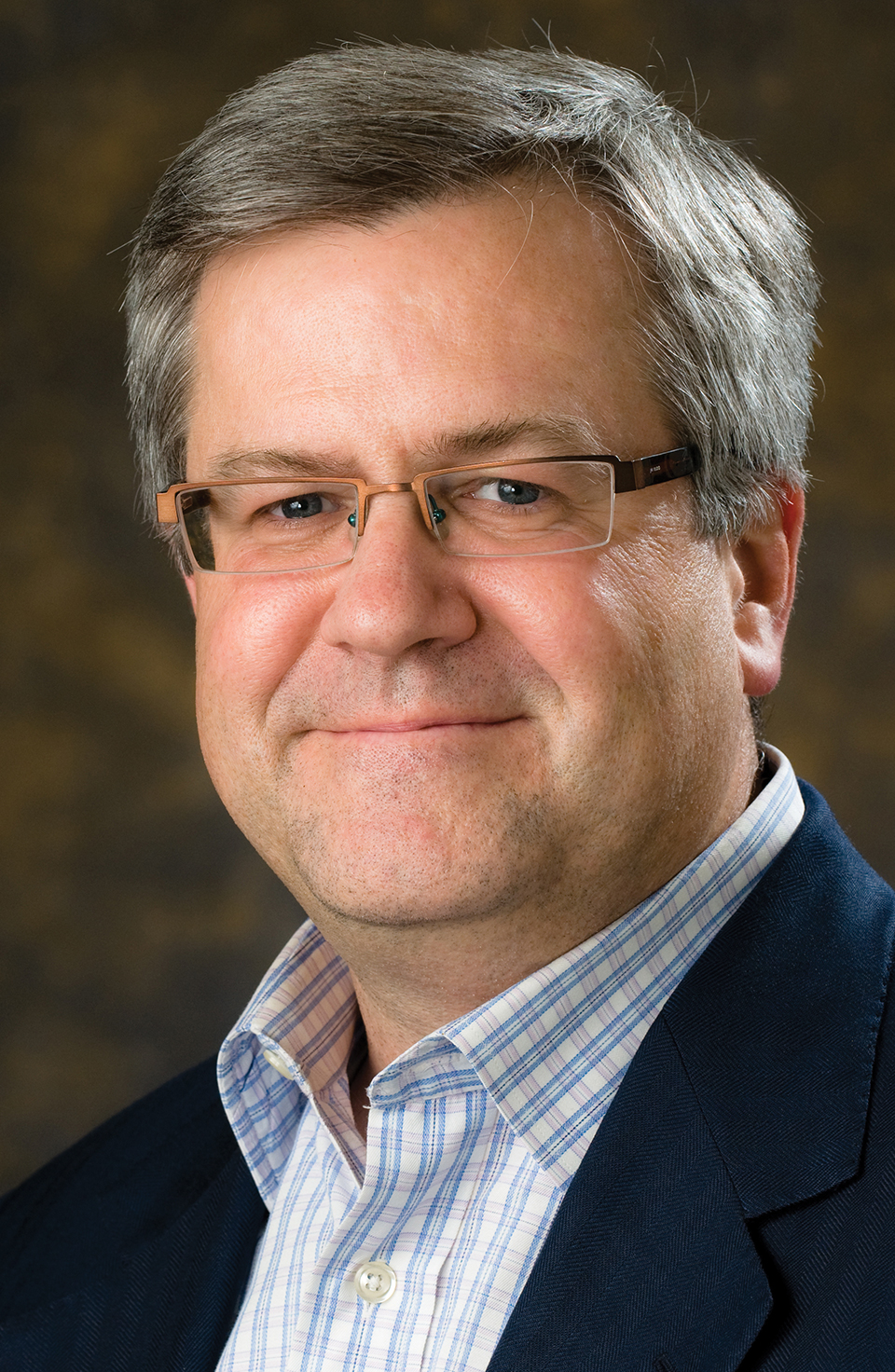 Cancer has many distinctive features, but one trait underlies them all: its relentless ability to survive. Even as it is bombarded by the immune system and treatments such as chemotherapy, immunotherapy, and radiation, cancer might shrink or slow its proliferation, but it rarely disappears.

“How does cancer jump through so many hoops to survive? It’s a highly improbable event, if you think about it,” Backman said. “But there is one thing that all cancers do. They have a phenomenal ability to change, to adapt, to evolve in order to evade the treacherous conditions they frequently have to face during the process of their growth or in the face of treatment.”

Backman’s goal does not lie in discovering new drugs or treatment options. Instead his team aims to stop cancer’s adaptive behavior to boost the effectiveness of current treatments. The key is in the chromatin.

Found in cells, chromatin is a disordered chain polymer that is packed together at different densities throughout a cell’s nucleus. Through a combination of imaging, simulations, systems modeling, and in vivo experiments, Backman’s team discovered that this packing-density of chromatin in cancer cells produced predictable changes in gene expression. The more heterogeneous and disordered the packing density, the more likely cancer cells were to survive, even in the face of chemotherapy. The more ordered and conservative the packing density, however, the more likely the cells would die from cancer treatment.

The study leverages an imaging technique developed in Backman’s laboratory last year. Called Partial Wave Spectroscopic (PWS) microscopy, the technique allows researchers to examine chromatin in living cells in real time. More importantly, researchers can use PWS to peer inside of chromatin at the never-before-seen 20-200 nanometer length scale, which is exactly where chromatin undergoes a transformation when cancer is formed. Backman also worked with Szleifer, an expert on molecular dynamics simulations, to model how chromatin reacted to different stimuli. 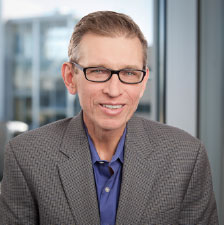 When scientists finished decoding the human genome in 2003, many thought the findings would help them design smarter medicines by either knocking out or turning on genes.

“As significant as changing a gene is, it’s only one part of the story,” Backman said. “The second part is that the gene has to be expressed, amplified, or suppressed. We have about 20,000 genes, and the number of genomic states that a cell can have is absolutely astronomical.”

The large number of possible combinations of genes and genomic states is so high that knocking out one gene most likely cannot prevent or fully treat a complex disease such as cancer. His laboratory, instead, takes a “macrogenomics” approach. By altering chromatin packing densities, Backman’s team can control the overall behavior of biological systems.

“Think of the number of mutations that have been documented in cancer. We’re talking about thousands,” Backman said. “Just changing one gene is not going to give you cancer, and it’s not going to cure cancer either. But we can rewrite the software by using chromatin engineering to manipulate the genetic code.”

“This work helps establish how the physical environment within the cell nucleus shapes gene expression patterns for many genes simultaneously,” said Luay Almassalha, graduate student in Backman’s laboratory and a first author on the paper. “Analogous to how the organization of a city shapes the collective behavior of thousands of people, the physiochemical rules of chromatin that we uncovered govern the collective behavior of the genome.”

Finding a way to alter chromatin

Throughout the study, Backman and his team realized that they could control chromatin by changing the electrolytes present in the cell’s nucleus. His team screened multiple existing drug compounds to find promising candidates that could alter the physical environment inside cell nuclei in order to modulate the spatial arrangement of chromatin packing density.

Two of the drugs the team pinpointed, Celecoxib and Digoxin, are FDA-approved immunological agents already on the market. Physicians prescribe them for arthritis and heart conditions, respectively, but both have a side effect of altering chromatin packing density.

Backman combined these compounds, which he calls “chromatin protection therapeutics,” or CPT compounds, with chemotherapy to treat seven different types of cancer in cell cultures. Monitoring the cancer cells with PWS, Backman saw “something remarkable.”

“Within two or three days, nearly every single cancer cell died because they could not respond,” he said. “The CPT compounds don’t kill the cells; they restructure the chromatin. If you block the cells’ ability to evolve and to adapt, that’s their Achilles’ heel.”

A new tool to fight disease

Though the treatment is promising, much more testing is needed before it can be part of cancer treatment in humans.

“There is a big difference between cell cultures and humans,” Backman added. “You never know how the environment inside the human body will affect cancer’s behavior or if there will be unforeseen side effects. But, having said that, in seven different types of cancer, we see the same story unfold each and every time. That’s very promising.”

If Backman’s team can alter chromatin in cancer, they believe that the same technique could potentially work in other complex diseases, such as Alzheimer’s disease and atherosclerosis. Chromatin could also be controlled to have the opposite effect — to make normal cells more plastic and adaptable to behave like stem cells. By prolonging the lives of stem cells or turning normal cells into stem cells, researchers might have a new tool to repair brain and spinal cord damage. Although he does not yet have the data, Backman cannot help but wonder about how this discovery could change the future of medicine.

“Genetic changes are permanent, but this type of modulation is more like software,” Backman said. “By definition, it’s reversible. You could reprogram a neuron, and then remove the stimulus and allow it to go back to its normal state. If chromatin is software, then we are saying there is room to write new codes.”

Among others, the CBC Lever funds support the Center’s new instrumentation and shared resources at NU: