In 2013, Edward Thorp (NU), together with Godfrey S. Getz (UChicago) received a CBC Catalyst Award for their project: “ApoA-I Mediated Regulation of Inflammation and Heart Repair after Heart Attack.” Thorp is senior author on three recent publications addressing the mechanisms of heart muscle damage and the healing process following a heart attack. CBC is proud to share that two of these articles resulted from the CBC Catalyst Award. Thorp’s research is highlighted below. Congratulations! 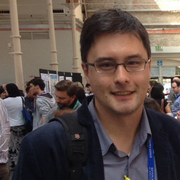 In three recent publications, Northwestern Medicine students and trainees demonstrated the potential of targeting inflammatory pathways in order to limit tissue damage and improve repair after a heart attack. The research was led by Edward Thorp, PhD (right), associate professor of Pathology and a member of the Feinberg Cardiovascular Research Institute (FCVRI).

Two doctoral students in Feinberg’s Driskill Graduate Program in Life Sciences (DGP) and a postdoctoral fellow were the first authors of the papers, published in Circulation Research, The FASEB Journal and JACC: Basic to Translational Science.

“These three independent studies validate the importance and therapeutic potential of harnessing the natural protective functions of the body’s own immune response after a heart attack,” Thorp explained.

After a patient has experienced myocardial infarction (MI), or heart attack, and blood flow has been restored, there is significant death of key heart cells called cardiomyocytes. Crucial to the repair process is the removal of these dying cells — if the cells aren’t cleared efficiently, it can lead to prolonged inflammation and cause further damage to the heart.

Currently, there are few effective treatments to enhance the healing process after a heart attack, and many patients go on to develop heart failure as a result of the damage.

Thorp’s laboratory has previously demonstrated the critical role the immune system plays in clearing these dying cells. However, questions remained about the precise mechanisms of this immune response, which could help inform the development of novel therapies.

In the three studies, the investigators provided new insights into key proteins and pathways within the cell clearing process, and demonstrated how their targeting could help promote repair after a heart attack. 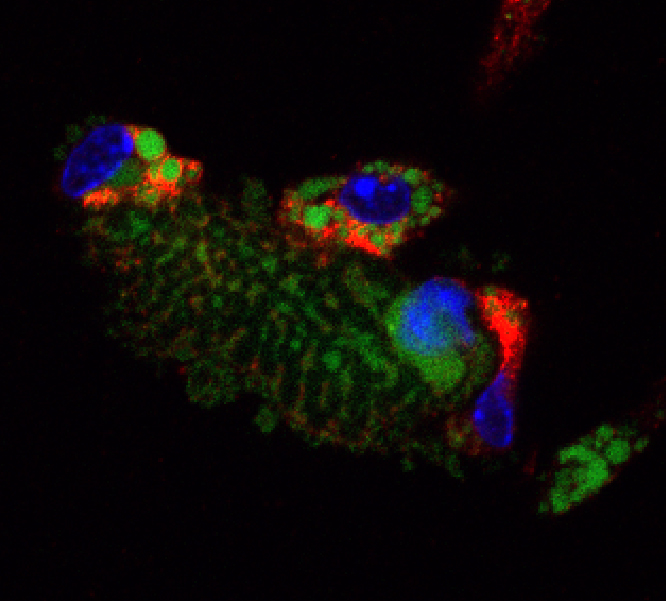 Matthew DeBerge, PhD, was the first author of the study published in the journal Circulation Research, which investigated how a resident population of immune cells called macrophages mediate clearance of dying cardiomyocytes.

In the study, the scientists discovered that when inflammatory cells are recruited into the heart during reperfusion — the restoration of blood flow to the heart after MI — MerTK was destroyed on the macrophage surface. They further demonstrated that when mice were genetically modified to be resistant to this MerTK destruction, the cardiac repair process was improved.

“By therapeutically targeting and inhibiting this cleavage destruction of MerTK, we could potentially improve the repair of tissue and improve outcomes after heart attacks,” explained DeBerge, a postdoctoral fellow in Thorp’s lab.

In a second study, first author Shirley Dehn, PhD, a recent graduate of DGP, investigated the role of recruited monocytes in the repair process. In the study, published in The FASEB Journal, Dehn and Thorp demonstrated that a cell receptor expressed on the monocytes called CD36 is responsible for the engulfment of dead cardiac cells, similar to MerTK.

“We also found that signaling through this receptor initiates a molecular pathway that limits harmful inflammation and promotes healing in the heart,” Dehn added.

A third paper, published in JACC: Basic to Translational Science, demonstrated that a protein on cardiomyocytes called CD47 prevents macrophages from efficiently clearing heart cell debris. Shuang Zhang, a doctoral student in Thorp’s lab, was the first author of the study.

“We found that CD47 can act as a ‘don’t-eat-me,’ signal,” Zhang said. “By blocking CD47 on dying heart cells, we were able to enhance clearance of harmful debris in the heart, and thus promote wound healing.”

In future research, the Thorp laboratory intends to explore how findings from the three studies could be developed into novel therapies.

“The recent success of the CANTOS trial suggests that strategies that target inflammatory pathways in cardiovascular disease — such as ours — have potential to succeed in the clinic,” Thorp said. “Our current efforts, in collaboration with bioengineers here at Northwestern, are aimed at optimizing our approach for testing in clinical trials.”

The study in JACC: Basic to Translational Science was supported by an American Heart Association predoctoral grant, 1R01HL122309-01, funding from the Chicago Biomedical Consortium, and the Sidney & Bess Eisenberg Memorial Fund.

Adapted (with modifications) from Northwestern Medicine News, by Anna Williams on October 3, 2017.