Congratulations to Jingyi Fei, Raymond Moellering (both at UChicago) and Jaehyuk Choi (NU) who were recently recognized with the 2017 NIH Director’s New Innovator Award. These three awardees are active CBC community members: Jingyi is a 2016 CBC Catalyst Award co-recipient, Ray will be a guest speaker at the upcoming 15th Annual CBC Symposium, “Small Molecule Discovery” and Jaehuuk is a co-recipient of a 2017 CBC Catalyst Award. Jingyi, Jaehyuk and Ray, are joined by Seungmin “Sam” Hwang (UChicago) who also received the 2017 NIH Director’s New Innovator Award. It is notable that Greater Chicago takes fourth place in the number of this year’s awards (4 awards: 3 at UChicago and 1 at NU) after Greater Boston and New York, who tied for first place (6 awards each), and the Bay Area in third place (5 awards). CBC is proud to support such exceptionally innovative Chicago area-based researchers.

The program accelerates scientific discovery by supporting high-risk research proposals that may not fare well in the traditional peer review process despite their potential to advance the field. Applicants of the program are encouraged to think outside-the-box and to pursue exciting, trailblazing ideas in any area of research relevant to the NIH mission.

“I continually point to this program as an example of the creative and revolutionary research NIH supports,” said NIH Director Francis S. Collins, MD, PhD. “The quality of the investigators and the impact their research has on the biomedical field is extraordinary.”

The High-Risk, High-Reward Research program manages four awards. The three UChicago faculty members received the NIH Director’s New Innovator Award, established in 2007, which supports unusually innovative research from early career investigators who are within 10 years of their final degree or clinical residency and have not yet received a research project grant or equivalent NIH grant: 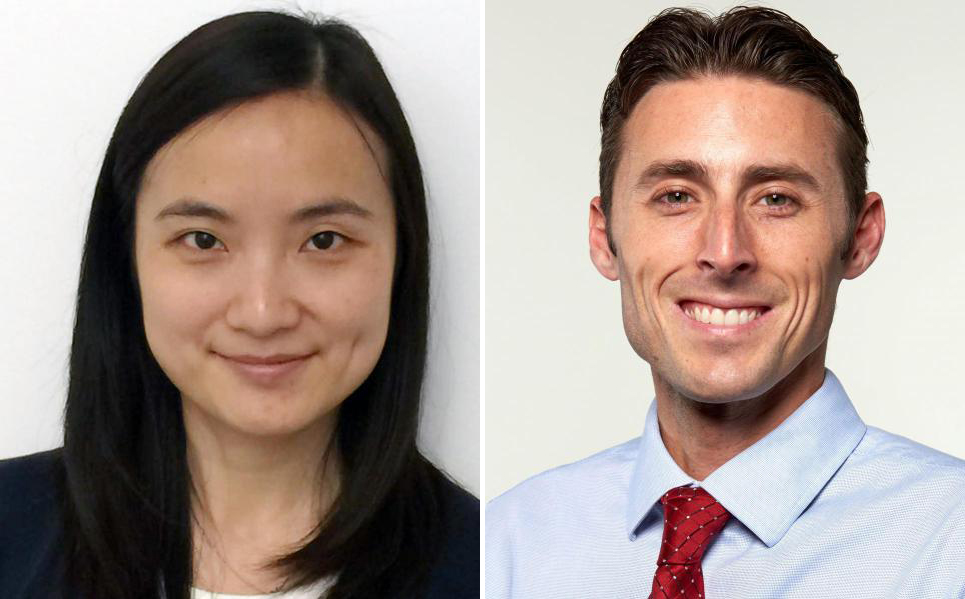 Jingyi Fei is an Assistant Professor in the Department of Biochemistry and Molecular Biology and the Institute for Biophysical Dynamics at The University of Chicago. Her research has been focused on RNA-mediated gene regulations, including trans-acting small regulatory RNAs in bacterial systems, and RNA internal modifications in eukaryotic systems, with the development and application of new imaging methods.

Seungmin Hwang is an Assistant Professor in the Department of Pathology at the University of Chicago. The focus of his research group has been understanding the function of the ubiquitin-like conjugation system of the autophagy pathway in sensing and destroying the vacuole-like shelters of intracellular pathogens, expanding this research subject into antitumor immunity.

Raymond Moellering is an Assistant Professor in the Department of Chemistry at the University of Chicago. He started his independent research program at UChicago in 2015, where his laboratory is focused on developing new chemical tools and technologies to study complexity and dynamics in the proteome, thus illuminating causal pathways in disease as well as novel therapeutic strategies to target them.

Story provided by the NIH