It appears so, at least in mice, according to Joseph Bass, NU, senior author on a recent Molecular Cell publication which was partially supported by a CBC Spark Award 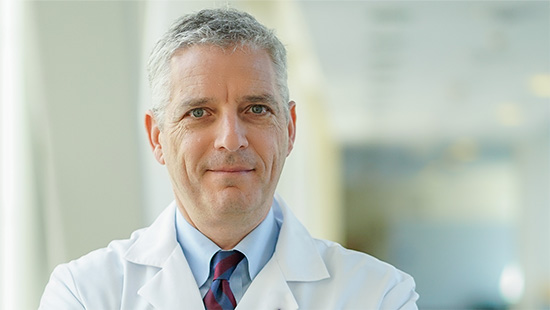 Joseph Bass, MD, PhD, the Charles F. Kettering Professorship of Medicine, director of the Center for Diabetes and Metabolism and chief of Endocrinology in the Department of Medicine, was senior author of the study published in Molecular Cell.

Nicotinamide adenine dinucleotide (NAD), a chemical compound found in all living cells, is a cofactor central to a variety of metabolic reactions throughout the body. Its oxidized form, NAD+, plays a role in many enzymatic reactions, e.g., in posttranslational protein modifications. NAD+ has also been shown to function in DNA repair processes whose frequency increases with age, and in the regulation of genes involved in the control of a lifespan.

Joseph Bass, MD, PhD, the Charles F. Kettering Professorship of Medicine, director of the Center for Diabetes and Metabolism and chief of Endocrinology in the Department of Medicine is senior author on a recent study published in Molecular Cell, “NAD+ Controls Circadian Reprogramming through PER2 Nuclear Translocation to Counter Aging.”

In the paper, the authors examine how the addition of a precursor of NAD to the mouse diet affects the circadian rhythm-related behavior of aging mice. The authors report that NAD precursor-fed mice exhibited slower declines in circadian clock activity during nighttime.

Enjoy the commentary to the Bass et al. research paper published in the NU Medicine News by Will Doss (reposted below). 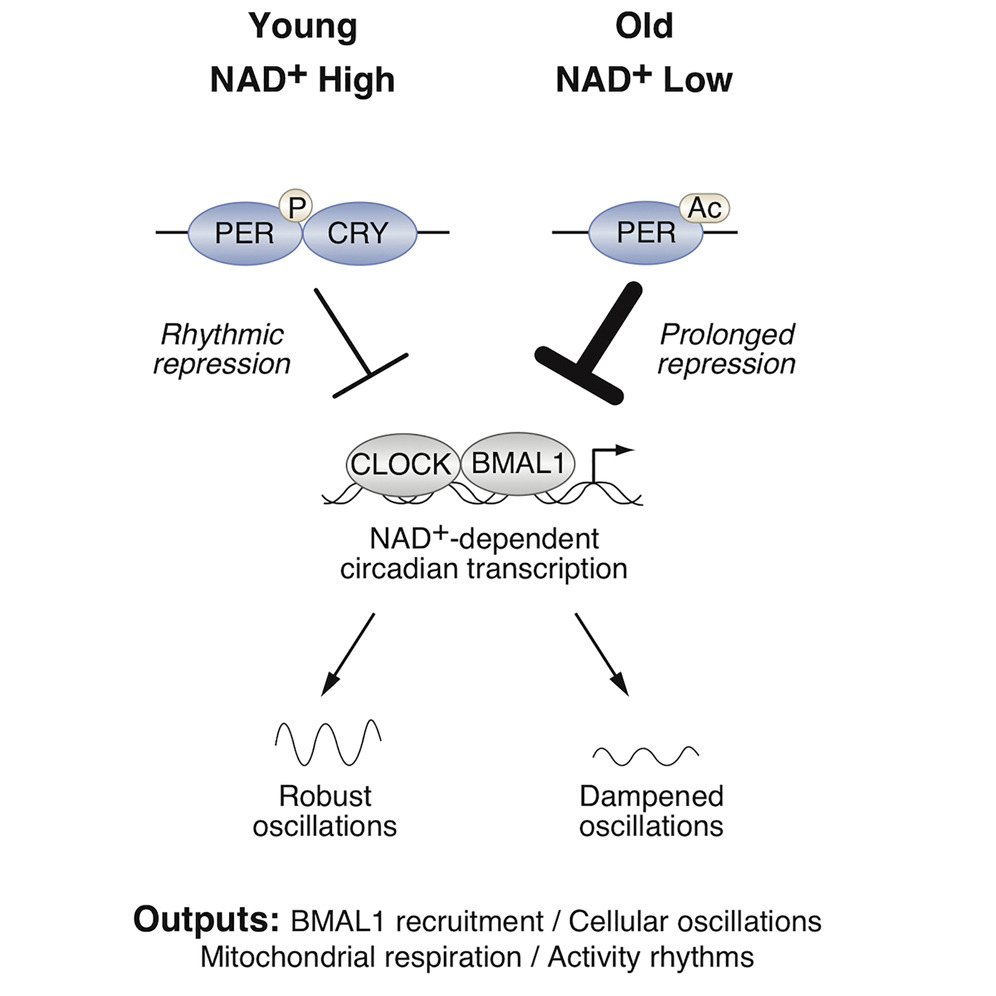 Supplementing the diet of lab animals with a chemical supplement that produces a compound called NAD+ reversed certain age-related declines in circadian rhythm function, according to a recent study published in Molecular Cell.

“The elevation of NAD+ has broad effects on gene expression, and effects that differ depending on the time of day you examine tissues,” said Bass, who is also director of the Center for Diabetes and Metabolism and chief of Endocrinology in the Department of Medicine. “As these mice age, their sleep pattern changes, and we observed that the changes could be attenuated with NAD+.”

Nicotinamide adenine dinucleotide (NAD+) is a chemical compound used as a cofactor in a variety of chemical reactions throughout the body. One such function is in DNA repair, which is required in greater amounts as organisms age. In addition, previous studies have shown that NAD+ controls enzymes that regulate genes that in turn control lifespan, according to Bass.

Separately, as more scientists investigated the molecular “clock”, a series of gene transcription factors that controls circadian rhythm, an unexpected convergence occurred: the same enzymes that regulated lifespan were also found to be connected to the genes that control the clock and its major output — the sleep-wake cycle.

In the current study, Bass, along with Daniel Levine, a PhD student in the Driskill Graduate Program in Life Sciences (DGP) and first author of the study, supplemented mouse diets with an NAD+ precursor and uncovered the effects on the molecular regulation of circadian rhythm.

The investigators found that NAD+ supplementation had large effects on gene expression, including a modification on a precise part of the molecular clock sequence that in turn controls the abundance of clock proteins. In older mice, this process has deteriorated, especially in the evening, but additional NAD+ maintained stability of core clock proteins.

NAD+ is also important for immune cell activation and DNA repair, and as organisms age their immune systems become weaker and they become more susceptible to DNA damage — making age-related NAD+ decline a possible explanation, according to Bass.

“A future direction of this work is asking what implications does this have for the immune system and for processes such as cancer,” Bass said. “There are clearly changes in the immune system that have to do with NAD+, but we do not yet know the intersections between aging, immunometabolism and the molecular clock.”

Adapted (with modifications) from NU Medicine News Center, by Will Doss, published on June 3, 2020.

ARTICLES PUBLISHED IN THE PAST ABOUT THE FEATURED CBC COMMUNITY MEMBER:

September 27, 2019
▸ Hypothalamus, the primary responder to the light–dark cycle
In a recent Genes & Development review, CBC Spark Award recipient Joseph Bass, NU, explains what is known about the interplay between the circadian rhythm and the hypothalamus, and their role in regulating metabolism