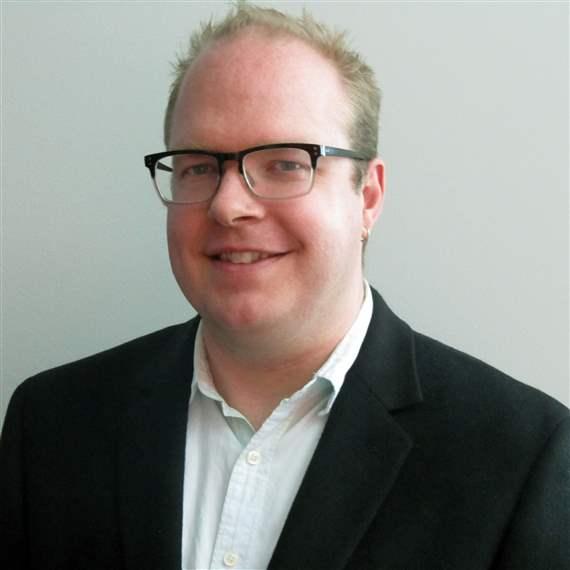 An interplay of two main cytoskeleton systems, actin and microtubules, drives a multiplicity of cellular processes from organizing the basic cell shape and polarity, to driving intracellular transport, cell division, and complex processes such as wound healing, neuronal cone growth, cell migration, and muscle contraction. Understanding the mechanisms of these interactions between actin filaments and microtubules is key to understanding of many biological phenomena. Moreover, actin-microtubule complexes serve as platform systems in materials engineering of polymer composites.

A co-author on the paper, Michael Rust, is Associate Professor at the Department of Molecular Genetics and Cell Biology and a member of the Institute for Genomics and Systems Biology at UChicago. Rust has multiple ties to CBC. He received three CBC awards: a Catalyst in 2016, a Postdoctoral Research Award in 2014, and a Recruitment Resources Award in 2011. With the latter award, Rust became a CBC Junior Investigator. In addition, since 2017, he has served on the CBC Catalyst Review Board. CBC appreciates Michael’s time and dedication and joins in congratulating him and the other co-authors on the current study.

The cytoskeleton precisely tunes its mechanics by altering interactions between semiflexible actin filaments, rigid microtubules, and crosslinking proteins. We use optical tweezers microrheology and confocal microscopy to characterize how varying crosslinking motifs impact the mesoscale mechanics and mobility of actin-microtubule composites. We show that, upon subtle changes in crosslinking patterns, composites can exhibit two distinct classes of force response – primarily elastic versus more viscous. For example, a composite in which actin and microtubules are crosslinked to each other but not to themselves is markedly more elastic than one in which both filaments are independently crosslinked. Notably, this distinction only emerges at mesoscopic scales in response to nonlinear forcing, whereas varying crosslinking motifs have little impact on the microscale mechanics and mobility. Our unexpected scale-dependent results not only inform the physics underlying key cytoskeleton processes and structures, but, more generally, provide valuable perspective to materials engineering endeavors focused on polymer composites. 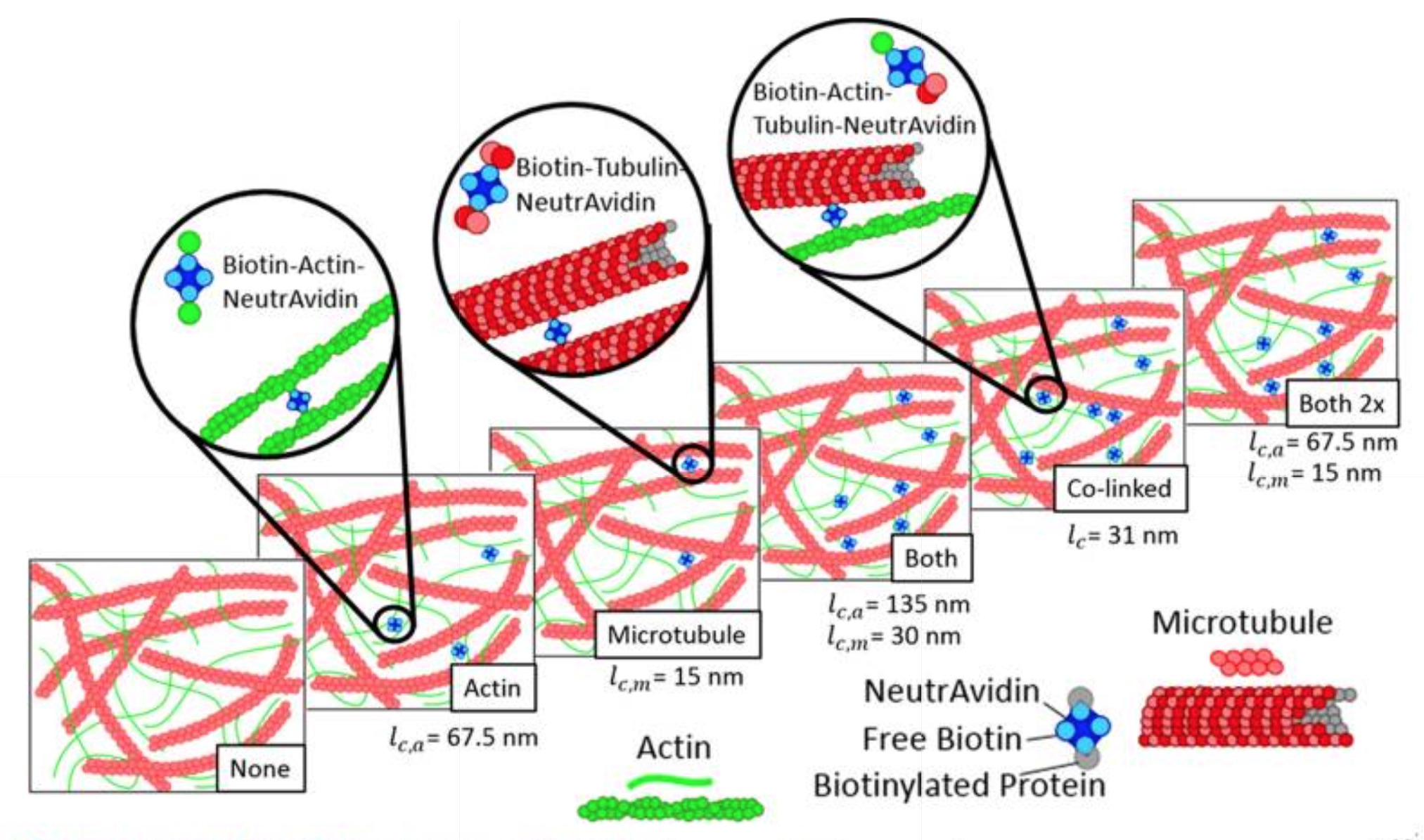