Both Michael Jewett and Alexander Mankin have a multifaceted relationship with the CBC. Michael Jewett, NU, received a CBC Catalyst Award in 2013 for the project titled “Engineering Prokaryotic Translation for Artificial Metalloenzyme Production.” In 2014, he was one of the speakers at the 12th Annual CBC Symposium, “Protein Engineering: From Computers to Cells to Clinic.” Years earlier, in 2009, Alexander Mankin, UIC, received a CBC Spark Award for the project “Noncoding RNA Structure, Function, and Evolution,” and the same year, he was a speaker at the 7th Annual CBC Symposium, “The Biology of Non-Coding RNAs: Old Molecules, New Actions.”

A common interest in the biology of ribosomes – the key components of the intracellular protein translational machinery – fostered an inter-institutional collaboration between the two scientists. Their joint efforts have recently culminated in a Nature Communications publication “Engineered ribosomes with tethered subunits for expanding biological function.”

And, it appears that the CBC played a role too, as Mankin and Jewett, who are senior authors on the publication, acknowledge the CBC support of the research published in the current study!

Mankin is Professor and Director of the Center for Pharmaceutical Biotechnology at the UIC College of Pharmacy. Jewett is Professor of Chemical and Biological Engineering at NU McCormick School of Engineering.

The CBC is proud to have supported this exciting collaboration! Congratulations to all co-authors involved in this work! 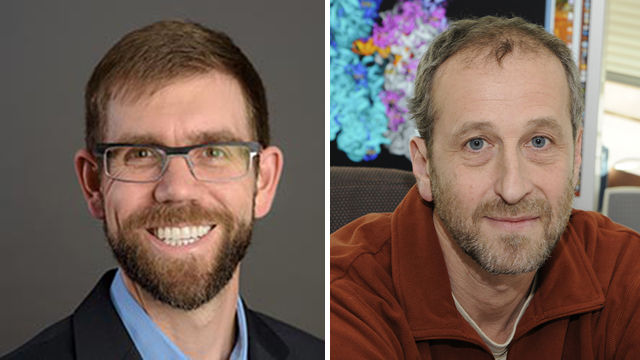 Ribo-T is a ribosome with covalently tethered subunits where core 16S and 23S ribosomal RNAs form a single chimeric molecule. Ribo-T makes possible a functionally orthogonal ribosome–mRNA system in cells. Unfortunately, use of Ribo-T has been limited because of low activity of its original version. Here, to overcome this limitation, we use an evolutionary approach to select new tether designs that are capable of supporting faster cell growth and increased protein expression. Further, we evolve new orthogonal Ribo-T/mRNA pairs that function in parallel with, but independent of, natural ribosomes and mRNAs, increasing the efficiency of orthogonal protein expression. The Ribo-T with optimized designs is able to synthesize a diverse set of proteins, and can also incorporate multiple non-canonical amino acids into synthesized polypeptides. The enhanced Ribo-T designs should be useful for exploring poorly understood functions of the ribosome and engineering ribosomes with altered catalytic properties. 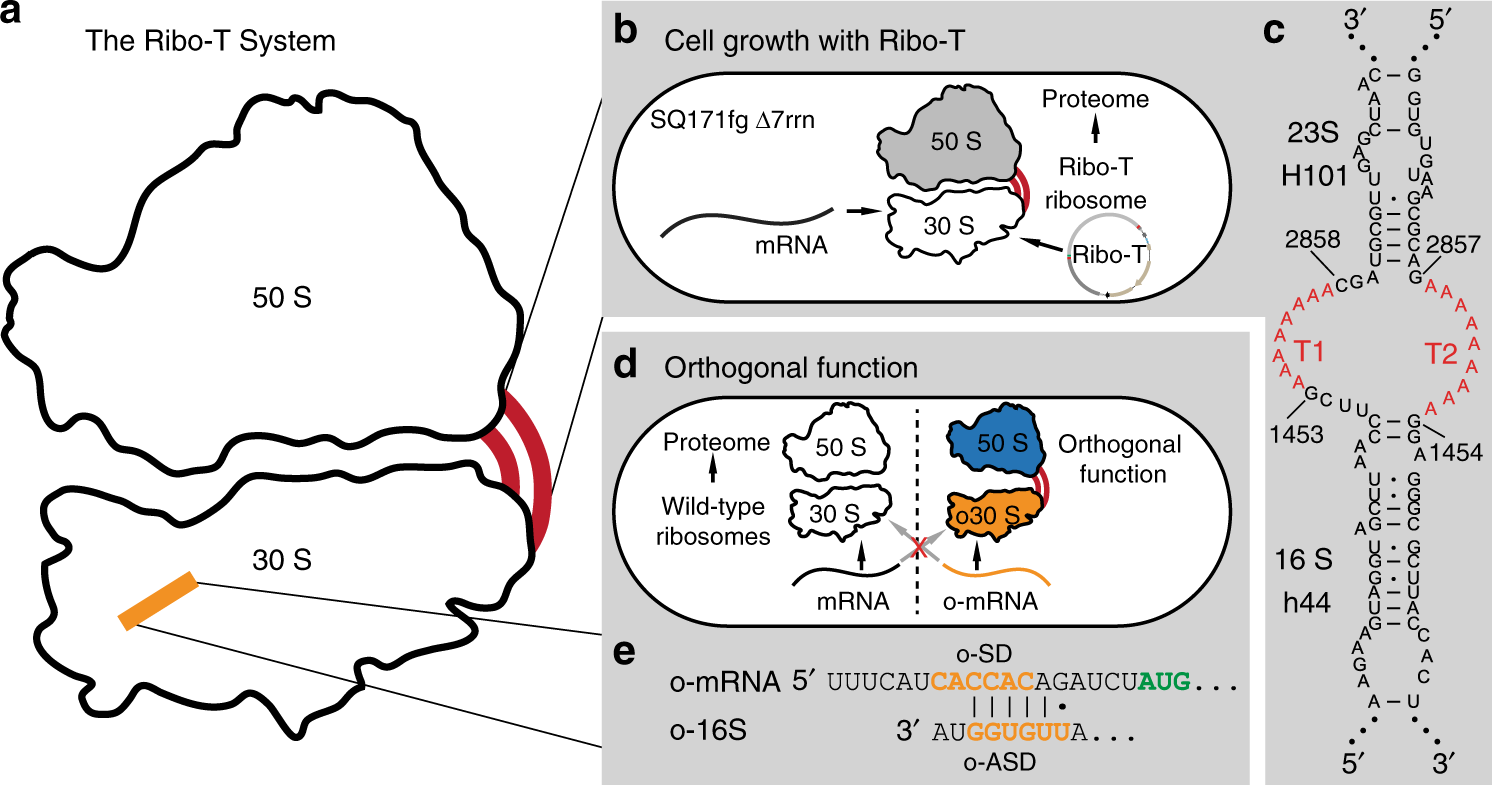 This work was supported by the Human Frontiers Science Program (RGP0015/2017), the National Science Foundation (MCB-1716766), the David and Lucile Packard Foundation, the Chicago Biomedical Consortium with support from the Searle Funds at the Chicago Community Trust, and the Dreyfus Teacher-Scholar program. We thank Prof. Peter G. Schultz for providing the pEVOL plasmid. The U.S. Government is authorized to reproduce and distribute reprints for Governmental purposes notwithstanding any copyright notation thereon. The views and conclusions contained herein are those of the authors and should not be interpreted as necessarily representing the official policies or endorsements, either expressed or implied, of the U.S. Government.