Oogenesis — what could possibly go wrong? 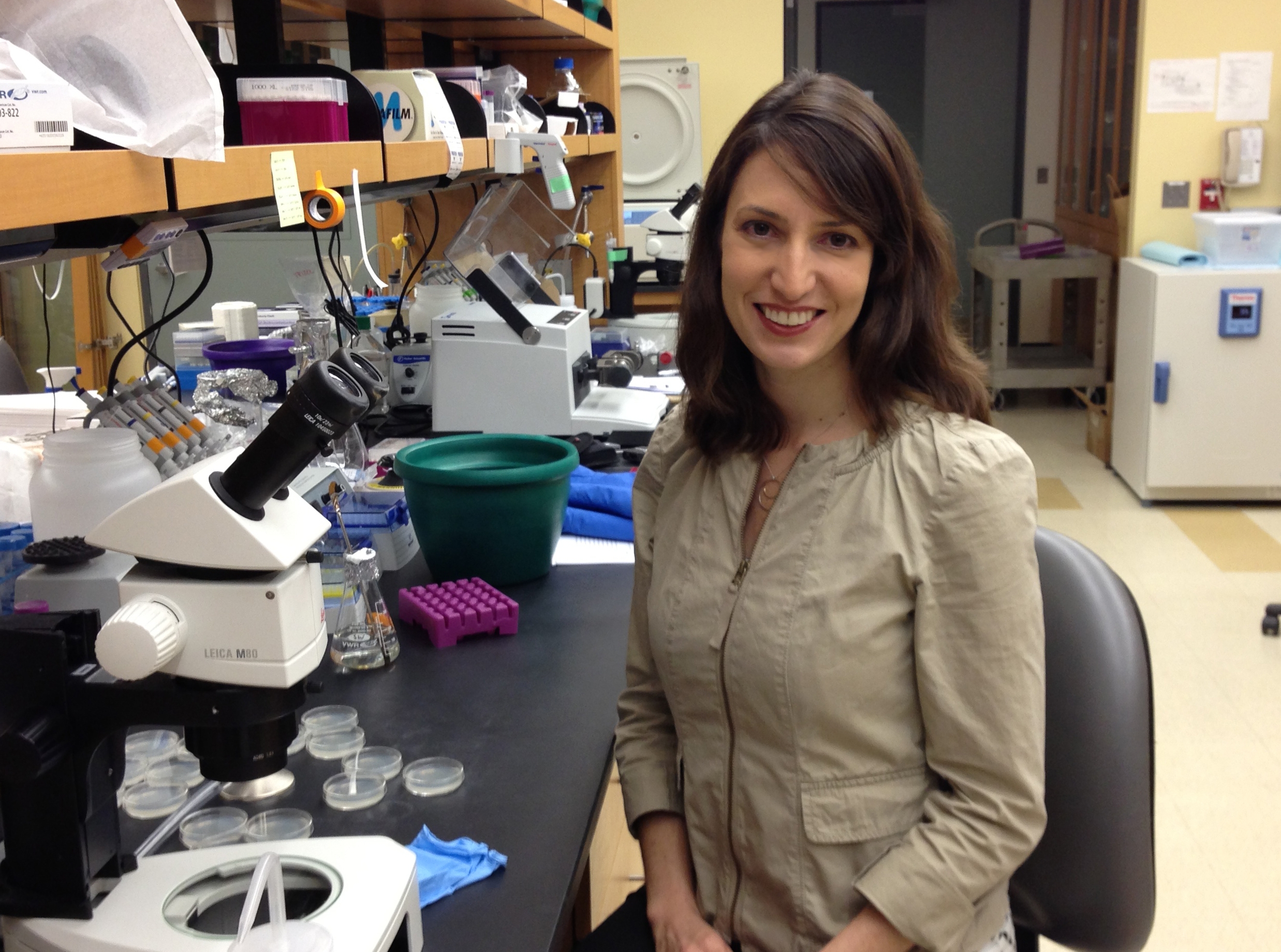 Congratulations to Sadie Wignall, NU, on her recent publication in Current Opinion in Cell Biology, titled “Spindle assembly and chromosome dynamics during oocyte meiosis.” The review discusses oogenesis — the process of oocyte development — through the meiotic cell division. Using C. elegans as an experimental model system, Sadie discusses the role of the cytoskeleton in assuring proper chromosome segregation into the haploid oocytes, as well as the types of abnormalities that tend to occur during meiosis that lead to a high percentage of defective oocytes observed in nature.

Sadie is a CBC Junior Investigator — she was hired by NU in 2011 with help from a generous CBC Recruitment Resources Award, issued to outstanding young candidates with demonstrated records of excellence who were entering their first faculty positions as tenure-track assistant professors. In addition, Sadie was later a recipient of a CBC Catalyst Award in 2016 for a project: “Spatial and Temporal Dissection of Mouse Meiotic Chromosome Segregation.” Sadie has since served on the CBC Catalyst Review Board (2017). CBC is grateful for her service and wishes her continued success in her scientific endeavors.

Organisms that reproduce sexually utilize a specialized form of cell division called meiosis to reduce their chromosome number by half to generate haploid gametes. Meiosis in females is especially error-prone, and this vulnerability has a profound impact on human health: it is estimated that 10–25% of human embryos are chromosomally abnormal, and the vast majority of these defects arise from problems with the female reproductive cells (oocytes). Here, we highlight recent studies that explore how these important cells divide. Although we focus on work in the model organism Caenorhabditis elegans, we also discuss complementary studies in other organisms that together provide new insights into this crucial form of cell division. 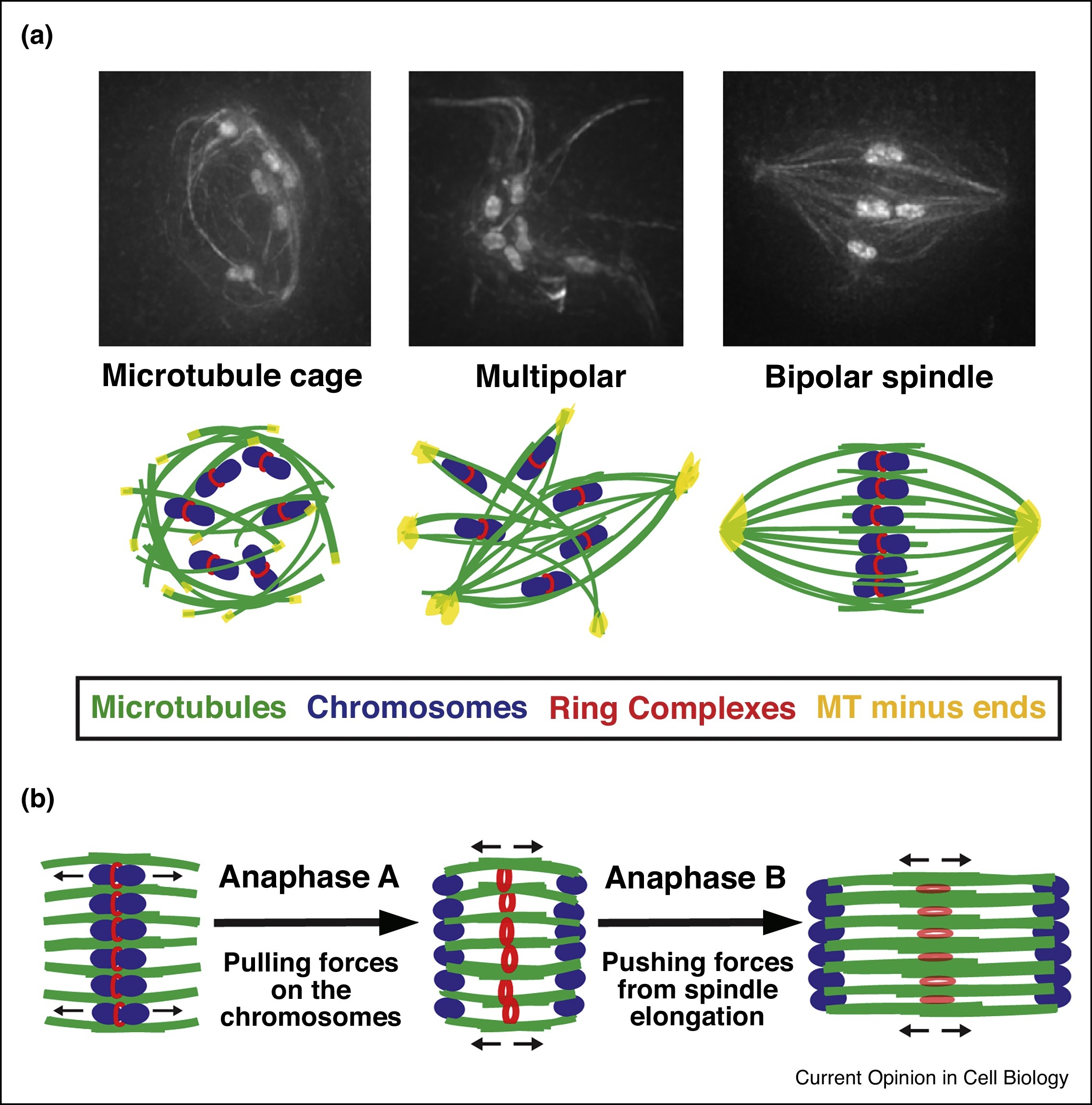 Models for spindle assembly and chromosome segregation during oocyte meiosis.
(a) Shown are oocytes expressing GFP::tubulin and GFP::histone (to mark microtubules and chromosomes, respectively), at the major stages of acentriolar spindle formation (top) (…). Corresponding cartoons are shown below each image. Microtubules first form a cage-like array inside the disassembling nuclear envelope. The minus ends are then sorted to the periphery of the array where they are organized into nascent poles that coalesce until bipolarity is achieved. (b) Models for chromosome segregation. During Anaphase A, chromosomes are subjected to pulling forces (arrows in cartoon on the left), facilitating poleward movement along laterally associated microtubule bundles. RCs (red) are removed from chromosomes and remain intact in the center of the spindle, wedging open the microtubule bundles and therefore creating wide microtubule ‘channels’. In Anaphase B, the spindle elongates from the center (arrows in the middle/right cartoons), driving chromosomes further apart. During this stage the RCs elongate and disassemble, so the microtubule bundles are no longer wedged open and move closer together, causing the center of the spindle to narrow. (Source: Current Opinion in Cell Biology)