Chicago-based healthcare company, Tempus Labs Inc., co-founded by Groupon founder, Eric Lefkofsky, is maintaining its status as one of the most successful startups in the Midwest. As recently reported in Crain’s Chicago Business, the company has reached ‘unicorn’ status, meaning that its worth has exceeded $1 billion. In addition, the company employees now number over 400. Tempus, officially launched in October 2016, aims to improve personalized medical treatment for cancer. Tempus’ President, Kevin White, was recruited by the University of Chicago in 2006 and retains an appointment there as Professor at the Department of Human Genetics and Medicine. A CBC Recruitment Resources Award was instrumental in attracting Kevin to Chicago and he later became the first CBC Senior Investigator. Subsequently, White and his team members won the first CBC Lever Award (2008) which was used to help establish the Chicago Center for Systems Biology. CBC is proud to have supported Kevin’s research over the years and pleased to see his entrepreneurship setting a prime example for the region’s biotech. 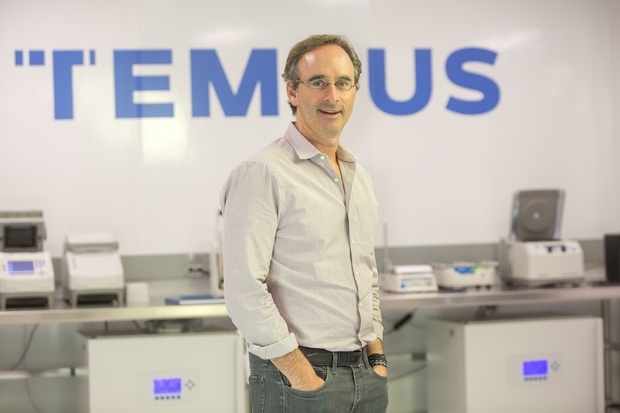 Eric Lefkofsky is ramping up his cancer data-analytics startup, Tempus Labs, which takes money and people. He’s rapidly accumulating both.

Tempus has raised another $80 million as headcount has doubled in the past 18 months and now tops 400. The investment, which values Tempus at about $1.1 billion, was led by T. Rowe Price and funds advised by Kinship Trust, a Chicago-based investment fund.

Tempus has raised about $210 million since it was founded a little more than two years ago. Previous investors New Enterprise Associates, which has invested in several companies co-founded by Lefkofsky and business partner Brad Keywell, and AOL founder Steve Case’s Revolution Ventures also invested in the latest round, along with Lefkofsky.

Lefkofsky has quickly built up a team of data-science and technology experts, as well as people familiar with cancer research. It has signed up nearly half the major academic medical centers as partners, along with a large number of cancer doctors.​

Tempus provides genetic-sequencing services for cancer patients from a lab at 600 W. Chicago. The company’s primary mission is collecting and analyzing data to help give doctors more information about a patient’s cancer treatment options, such as clinical trials, and to better understand how patients with similar genetic profiles have responded to particular treatments.

“Our mission is to build a system to usher in precision medicine in cancer and eventually other disease types,” Lefkofsky said. “To do that, we have to build a library of clinical and molecular data, and then a system to make it useful and accessible. As part of that, you’re scaling the size of the database, scaling the size of the team. We continue to add employees at a fast clip. We’ve outgrown our existing lab. We’re doubling our lab space.”

The company has attracted a lot of interest in the Chicago tech community and beyond, in part because it’s dramatically different from Lefkofsky’s previous startups, such as Groupon, InnerWorkings and Echo Global Logistics, which involved bringing the internet and e-commerce to old industries. Tempus is a much more ambitious and risky effort, but Lefkofsky has made progress quickly.

Cancer treatment increasingly is at the intersection of computer technology and medicine. It’s a hot space that is drawing a lot of interest and money. Drug giant Roche is buying Flatiron Health, which collects medical records related to cancer patients, for $1.2 billion. 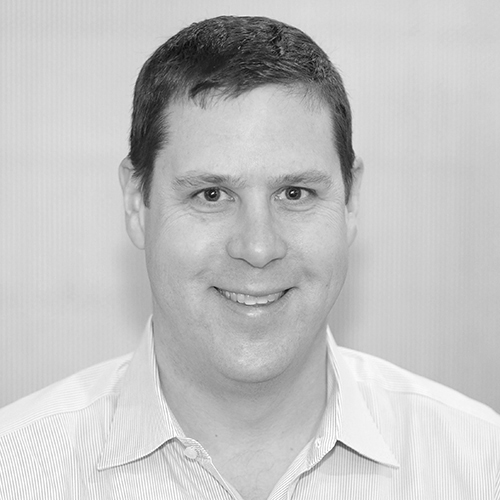 Lefkofsky says Tempus has assembled one of the largest cancer databases in the world, with a reach that potentially includes 25 to 30 percent of U.S. cancer patients.

Tempus is somewhat unique in providing sequencing tests, as well as collecting clinical data about how patients respond to treatment, says Piers Nash, managing director at Health 2047, the innovation lab run by the American Medical Association in Menlo Park, Calif. “They’re onto something,” he says of Tempus. “A lot of (competitors) lack return data from institutions that would allow them to make discoveries. That’s been a big barrier. It’s difficult to pry the data out of hospitals. Getting data from hospitals is a challenge at scale.”

That’s what Lefkofsky is tackling now.

“The road map of what we have to do is straightforward,” he said. “We have to take data out of electronic medical records systems where it’s unstructured. We structure it using technology and people. We have to generate the rich molecular data, sequence their DNA and RNA. We have to put all that data in one central place for a team to analyze it. You have to do all three.

“We’re fairly far along. It starts with: Do you have proprietary access to data? Do you have the data pipes built? Do you have a platform to structure that data to generate the data you need? …The third piece is you have to scale it and take it to market. We’re through the first two.”

Adapted (with modifications) from Crain’s Chicago Business, by John Pletz, posted on March 20, 2018.