The funding gap appears to be widening for the early-stage discoveries as big pharma is increasingly cautious to invest in these high risk projects without more robust translational data. In response universities are stepping up to give a financial push to their entrepreneurial faculty to help them create companies in order to generate this data and move the discoveries toward commercialization. All three CBC schools as well as UIUC are discussed in light of what funding mechanisms are available to move their faculty products to market. Incidentally, the CBC also provides grants to support translational projects and entrepreneurial fellows. In fact, a CBC affiliate, Cathryn Nagler, UChicago, is singled out in the article as a successful example of an entrepreneur, who, with the help from UChicago’s Polsky Center for Entrepreneurship & Innovation, has established ClostraBio, a biotech company which focuses on new therapeutics that could halt the development of increasingly common food allergies.

Nagler’s prior work, which resulted in a 2015 publication in The ISME Journal, “Lactobacillus rhamnosus GG-supplemented formula expands butyrate-producing bacterial strains in food allergic infants,” was partially supported by the CCSB/CBC Fellowship, awarded to Aly Azeem Khan—a postdoctoral fellow in her lab and co-author on the paper. This Fellows program was financed by the first CBC Lever Award (2008) to the Chicago Center for Systems Biology (CCSB). 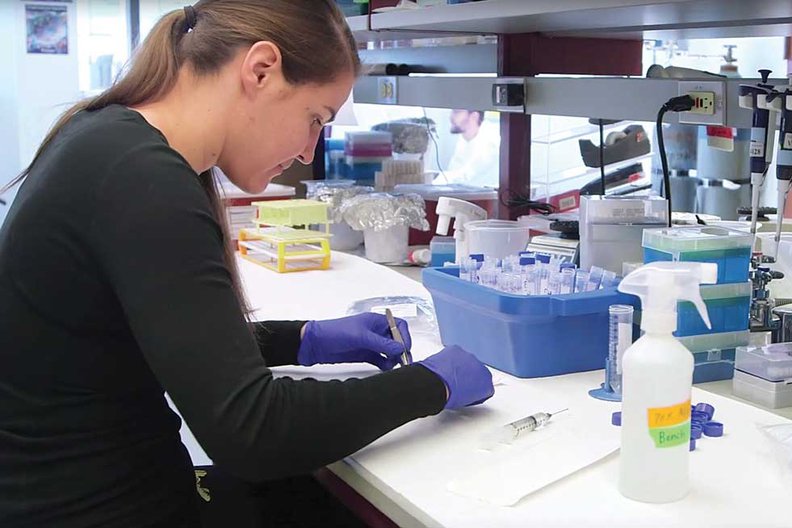 Food allergy professor Cathryn Nagler has become a celebrity of sorts. The University of Chicago’s Polsky Center for Entrepreneurship & Innovation gets emails almost every week from people—oftentimes parents of children with food allergies—looking for an introduction and asking if they can support her work.

Nagler’s startup, ClostraBio, develops therapies that prevent or treat allergic reactions to foods and other immune system diseases. Launched in 2016 with help from the Polsky Center, it has raised $4.5 million.

Nagler says ClostraBio and the Polsky Center developed a “novel arrangement where we’re able to move fairly seamlessly between the academic and translational work.”

“Companies are moving further and further down the development path . . . and that’s creating this enlarged ‘valley of death,’ ” says Stephen Susalka, CEO of AUTM, an association of technology transfer professionals.

Startups like ClostraBio are stepping into the breach, advancing nascent technology toward commercialization. Illinois universities launched a total of 29 startups in 2017, a 32 percent increase since 2012, according to the latest data from AUTM. Meanwhile, a total of 768 inventions were disclosed in 2017, compared with 735—a 5 percent increase—in 2012.

Starr Marcello, executive director of the Polsky Center, says faculty and students had been requesting innovation resources and support for launching ventures. “Lots of newer faculty that are coming in are looking to know, ‘If I did want to commercialize some of my research, or if I did want to form relationships with corporate partners, does the university help facilitate that, and what does it look like?’ ” Marcello says.

The University of Illinois at Urbana-Champaign went even further, opening an engineering-based medical college last year to foster innovation. Students at the Carle Illinois College of Medicine are encouraged to turn their ideas into prototypes. In some cases, Dean King Li says, that will result in commercializing their research. 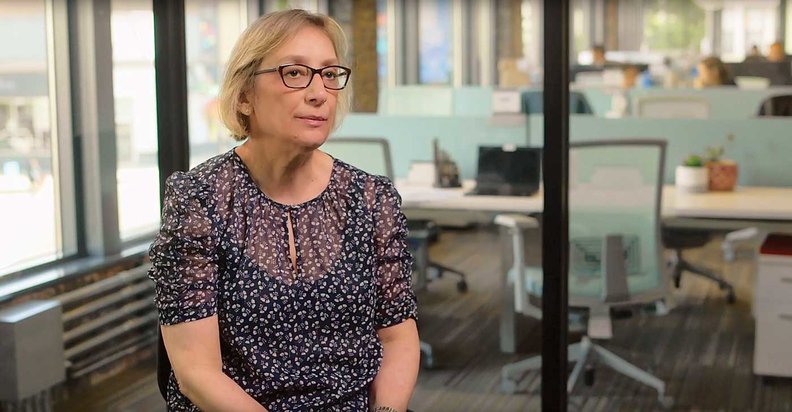 Marketable academic research generates revenue, raises a university’s profile and attracts top professors and students. The University of Illinois at Chicago had about 280 active licenses and earned more than $27 million in licensing income during fiscal 2018. Its most lucrative inventions include HIV drug Prezista, bladder cancer treatment TICE BCG and shingles vaccine Shingrix. UIC says it reinvests about 40 percent of royalty income into research, innovation and commercialization initiatives.

Thanks to one prolific inventor in particular, Northwestern University has had a series of high-profile wins in a relatively short period of time—reporting nearly $8 million in licensing revenue for fiscal 2018.

Late last month, the university unveiled John Rogers‘ latest technology: flexible wireless body sensors that monitor premature babies, eliminating the need for constraining wires and tape in the neonatal intensive care unit. Rogers joined Northwestern in 2016 from the University of Illinois at Urbana-Champaign, where he started working on the NICU sensors. As a result, both universities have some intellectual property rights for the project.

In addition to wearable electronics, Rogers and his team are working on dissolvable devices that can be used on or in the body, as well as thin membranes that interact with organs and other 3D surfaces. He’s also behind Rhaeos, a new startup that is developing a thermal sensor that monitors patients with hydrocephalus, a condition in which fluid builds up in the brain.

For most researchers, success also means turning an idea into a product and having a realworld impact, says Jay Walsh, Northwestern’s vice president for research. Take Rogers’ wearable NICU sensors, for example, which allow parents to more easily interact with their babies. “It’s really going to have a significant impact on the care of infants in the neonatal intensive care unit,” Walsh says. “At the end of the day, you have to look at, is this actually having an impact on society? Are patients being helped?”

Source:
Adapted (with modifications) from the Crain’s Chicago Business, by Stephanie Goldberg, published on MARCH 8, 2019.

September 24, 2015
▸ CBC Funding Contributes to Understanding of the Gut Microbiome’s Role in Infants with Allergies to Cow’s Milk