Three NU scientists with links to CBC are co-authors on a recent Nature Neuroscience publication. The paper, “Activation of planarian TRPA1 by reactive oxygen species reveals a conserved mechanism for animal nociception,” supports a striking conservation—from flatworms to Drosophila to humans—of the response to noxious stimuli such as heat and irritant substances, like wasabi. The senior author on the paper, Marco Gallio, and a postdoc in his lab, Emanuela Zaharieva, also co-author on the paper, received a CBC Postdoctoral Research Award (2014). The second senior co-author, Christian Peterson, was an invited speaker at the CBC Scholars “Loop Connections” Colloquium (2012), “Signaling to Scale: Forging a path from the molecule to the organism.” Congratulations! 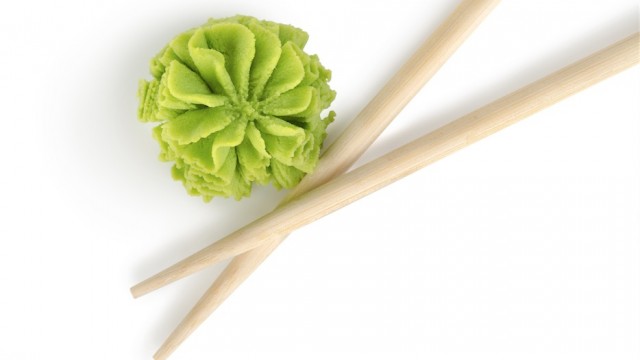 A Northwestern University research team has discovered how scalding heat and tissue injury activate an ancient “pain” receptor in simple animals. The findings could lead to new strategies for analgesic drug design for the treatment of humans.

The simplest (and often first) component of our experience of pain is called “nociception.” This refers to the fact that dedicated receptors in our body quickly respond to potentially damaging conditions, such as extreme heat or tissue injury, to jump-start protective reflexes — like removing a hand from a hot stove.

Simple animals such as worms and insects do not suffer pain in the human sense, but they do use nociceptive receptor systems to steer away from potentially damaging conditions. 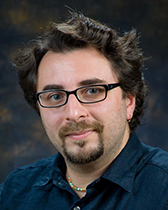 In a study published this week by the journal Nature Neuroscience, Northwestern neurobiologist Marco Gallio and colleagues report that planarian flatworms, fruit flies and humans may use a remarkably similar molecular genetic mechanism to respond to scalding heat, irritant chemicals and tissue injury.

“That planarians use the same molecular receptor as flies, mice and humans to detect potentially damaging or noxious stimuli from the environment shows a remarkable level of evolutionary conservation,” said Gallio, assistant professor of neurobiology in Northwestern’s Weinberg College of Arts and Sciences and the study’s corresponding author.

This implies that our simplest pain reflexes have a lot in common with those of most other animals and that what scientists learn by doing basic research on the simplest systems may have reverberations that extend all the way to the treatment of pain in humans.

“Planarian flatworms are amongst the simplest animals with a central brain, and they are capable of active behaviors such as hunting and foraging,” Gallio said. “As such, they are a great model for understanding some of the basic principles of nervous system function.”

The Gallio research team found that planarians possess their own variant of an already famous receptor, the transient receptor potential ankyrin 1 (TRPA1). TRPA1 is best known as the ”wasabi receptor” in humans and as a sensor for environmental irritants giving rise to the sensation of pain and itch. TRPA1 is a major target for new analgesic drugs.

In their study, Gallio and colleagues discovered that the simple planarian also possesses TRPA1 and that, like in humans, it controls the responses to irritant chemicals. In other ways, however, the planarian TRPA1 was more like the fruit fly’s TRPA1; rather than being activated by painful cold temperature (like the human’s), it proved essential to steer the worms away from dangerous heat.

“Planarian worms engineered to lack TRPA1 appeared completely insensitive to potentially lethal heat and ventured into our heated experimental chamber as if completely unaware of the danger,” Gallio said. “This was remarkable but also puzzling. We knew from other experiments that planarian TRPA1 was not directly activated by hot temperature, like TRPA1s from other species are.”

To further test this, the researchers designed an ambitious experiment. “We produced gene-swaps between planarian worms, humans and flies,” Gallio said.

“We discovered that the planarian TRPA1 (insensitive to heat, on its own) and even the human TRPA1 gene (activated by cold rather than heat) could rescue a TRPA1 mutant fruit fly and restore its ability to respond to scalding heat. This was both exciting and baffling,” he said.

“Our results demonstrate that H2O2 and ROS are also produced by scalding heat, and this fits well with the role of TRPA1 as a receptor for a variety of irritant chemicals, including H2O2 and ROS,” Gallio said.

The idea that Gallio and his colleagues propose is that when an animal, be it a worm, a fly or a human, comes in contact with potentially damaging temperatures, rapid, localized production of H2O2 and ROS from the scalded tissue activates TRPA1 on nociceptive neurons, contributing to the trigger of an alarm response that steers the animal away from further danger. 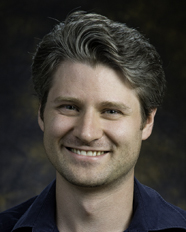 The Gallio lab generally uses the fruit fly Drosophila (the model organism studied by the recipients of this year’s Nobel Prize for Physiology or Medicine for discoveries on the circadian clock) as a model system to study how the brain processes simple information about the environment. For this work, Gallio teamed up with Christian Petersen, an associate professor in the department of molecular biosciences at Northwestern, who uses flatworms as a model for organ regeneration.

“Flatworms are a less common model in behavioral neuroscience, but they are well-studied for their ability to regenerate an entirely new body from even small cut-out fragments,” said Petersen, one of the paper’s authors. “This work demonstrates the importance of studying diverse model organisms to reveal the conserved components of a complex biological process. The study opens the door to dissecting the genetics of behavior and environmental responses using planarians.”

Adapted (with modifications) from Northwestern Now, originally posted on October 17, 2017 by Megan Fellman.