CBC is proud to feature two Chicago-based experts in Alzheimer’s disease research, Sangram (Sam) Sisodia (UChicago) and Robert Vassar (NU), who were asked to comment on a recent potential breakthrough in the field (see below). Both scientists have strong links to CBC: Sam co-organized the 8th Annual CBC Symposium, titled “Protein Folding and Misfolding in Health and Disease,” and both, Sam and Bob served on the CBC Scientific Review Board. In addition, Sisodia and Vassar received a 2008 CBC Catalyst Award to investigate binding partners of amyloid beta (Aβ or Abeta) peptide, a major constituent of the amyloid plaques characteristic of Alzheimer’s disease. Congratulations, Sam and Bob!

Gene variant linked to Alzheimer’s disease is a triple threat 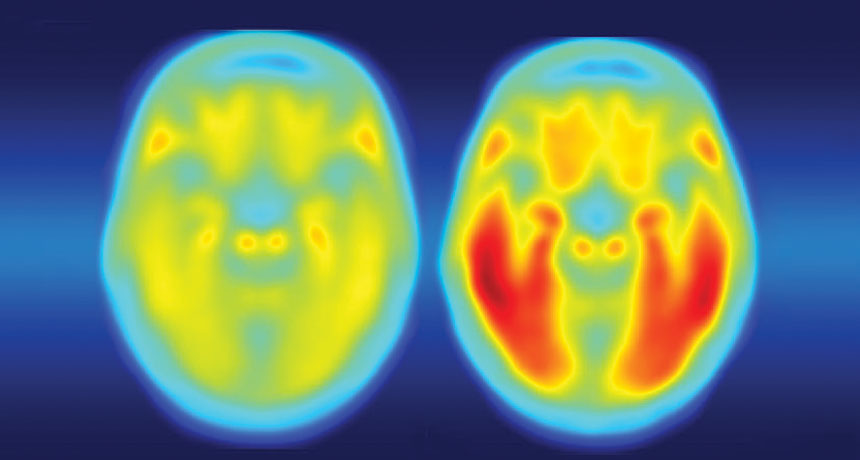 Tangled. The brain of a person with Alzheimer’s disease symptoms (right) is laden with tau protein (red), while a person with no symptoms (left) has little tau. Credit: Matthew R. Brier

A genetic risk factor for Alzheimer’s disease is a double, make that triple, whammy.

In addition to speeding up the development of brain plaques associated with Alzheimer’s, a gene variant known as APOE4 also makes tau tangles — another signature of the disease — worse, researchers report online September 20 in Nature. APOE4 protein also ramps up brain inflammation that kills brain cells, neuroscientist David Holtzman of Washington University School of Medicine in St. Louis and colleagues have discovered. 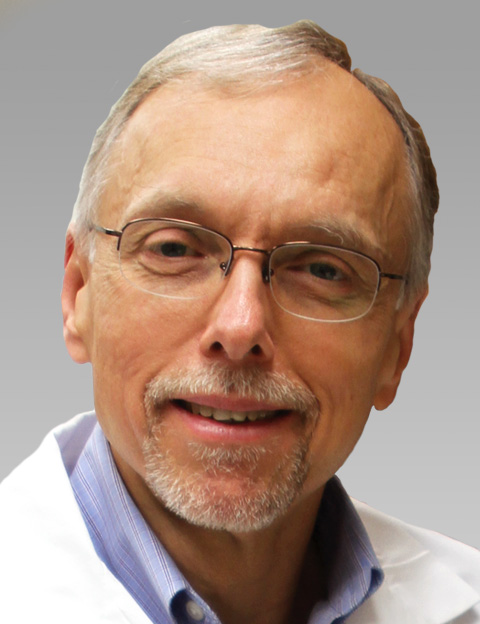 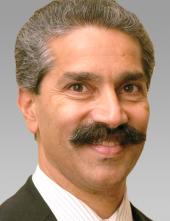 “This paper is a tour de force,” says Robert Vassar, a neuroscientist at Northwestern University Feinberg School of Medicine in Chicago. “It’s a seminal study that’s going to be a landmark in the field” of Alzheimer’s research, Vassar predicts.

For more than 20 years, researchers have known that people who carry the E4 version of the APOE gene are at increased risk of developing Alzheimer’s. A version of the gene called APOE3 has no effect on Alzheimer’s risk, whereas the APOE2 version protects against the disease. Molecular details for how APOE protein, which helps clear cholesterol from the body, affects brain cells are not understood.

But Holtzman and other researchers previously demonstrated that plaques of amyloid-beta protein build up faster in the brains of APOE4 carriers (SN: 7/30/11, p. 9). Having A-beta plaques isn’t enough to cause the disease, Holtzman says. Tangles of another protein called tau are also required. Once tau tangles accumulate, brain cells begin to die and people develop dementia. In a series of new experiments, Holtzman and colleagues now show, for the first time, that there’s also a link between APOE4 and tau tangles.

In one experiment, mice that had no A-beta in their brains developed more tau tangles if they carried the human version of APOE4 than if they had the human APOE3 gene, Holtzman and colleagues found. That finding indicates APOE4 affects tau independently of A-beta. 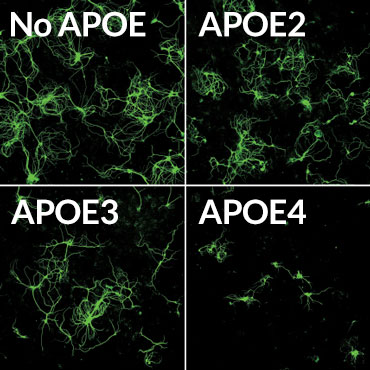 Brains of people who died from various diseases caused by tangled tau had more dead and damaged cells if the people carried APOE4. The researchers also tracked 592 people who had low levels of A-beta in their cerebral spinal fluid — a clue that plaques have formed in the brain — and who showed symptoms of Alzheimer’s. Over a five- to 10-year period, the disease progressed 14 percent faster in people with one copy of APOE4 and 23 percent faster in people with two copies than in people who didn’t have that version of the gene, the researchers found. Those worsening symptoms are presumed to be caused by more rapid buildup of tau tangles in the APOE4 carriers.

The data linking the APOE4 gene to tau tangles and brain inflammation is “super tight,” says molecular neurobiologist Sangram Sisodia of the University of Chicago. But the molecular details behind how APOE4 protein causes those effects are still vexingly absent, he says. Much more work is needed to uncover which molecules APOE4 interacts with, so that researchers can devise ways to counteract its negative effects in the brain.

Any therapies that decrease or eliminate APOE4 will need to be limited to the brain, because the protein is needed in the rest of the body to maintain healthy cholesterol levels, Vassar says. “You don’t want to give a person heart disease to cure Alzheimer’s disease.”

Adapted (with modifications) from ScienceNews, originally posted by Tina Hesman Saey on September 22, 2017.

▸ From molecule to medicine: pursuing insight and new treatment for Alzheimer’s disease
Posted on September 19, 2017 by David Arndt in Sidebar / UChicago ScineceLife

▸ Antibiotics weaken signs of Alzheimer’s disease in mice after just one week of treatment
Originally posted at UChicago ScienceLife, on September 15, 2017 by Matt Wood in At the Bench.