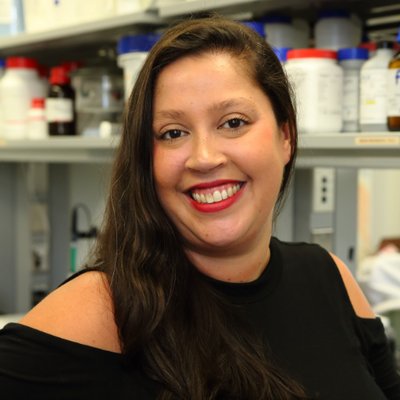 Congratulations to the Sanchez lab at UIC on a recent publication in the journal Chemical Communications, titled “Chemically transformed monolayers on acene thin films for improved metal/organic interfaces.”

The authors explore ways to improve organic semiconductors for optoelectronic and sensing applications by chemically modifying the semiconductor’s surface. They demonstrate how specific treatments of a highly reactive anhydride terminated self-assembled monolayer (SAM) on tetracene – a thin film on the organic semiconductor’s surface – significantly boost an ability to interact with metal films deposited on its top. The methodology described in the paper is expected to improve many other optoelectronic applications.

Laura Sanchez, PhD, who is senior author on the publication is Assistant Professor in the Department of Medicinal Chemistry and Pharmacognosy at UIC with a courtesy appointment in Chemistry.

The HTX TM-sprayer used in the experiments described in the paper — a sample preparation system designed to provide the highest quality matrix deposition on 2D biological samples — was funded by the CBC through a CBC Catalyst Award which Sanchez received in 2016.

Functionalization of a tetracene film (a) via previously established Diels–Alder chemistry to form the precursor anhydride films (b). Transformation of SAMs provides further derivatization, in this case generating an imide (c), which allows for coordination of a thermally deposited metal film (d). (Source: Chem. Commun., 2019)

October 12, 2018
▸ Ovarian or fallopian tube cancer?
Two UIC scientists with links to CBC, Joanna Burdette and Laura Sanchez, collaborate to decipher the origin and the mechanism of spread of ovarian cancer