Antibiotic cleanse of gut bacteria reduces Alzheimer’s symptoms in mouse model of the disease but only in male, not in female mice — past CBC awardee, Sangram Sisodia, UChicago, reports

Microbiome has been implicated as an influencer of many human diseases including those of the CNS such as autism spectrum disorders, multiple sclerosis, Parkinson’s disease, and Alzheimer’s disease (AD). It is thought that microbiome in some individuals may stimulate the immune system, which, by extension, may affect any organ in the body, including the brain.

In a recent paper published in the Journal of Experimental Medicine, Sangram (Sam) Sisodia, UChicago, who is senior author on the publication, examines the effects of a long term antibiotics administration into mice which carry phenotypic characteristics of AD. Interestingly, examining two different mice strains, Sisodia found that in both cases the anticipated antibiotic-induced decrease of inflammation caused similar results: the males displayed delayed progression of AD as measured by slower formation of amyloid plaques and reduced microglia activation. Female mice, however, were not affected. The authors speculate the antibiotic response is sex-specific with females, actually reacting by increasing inflammatory symptoms and not decreasing as it is in the case of males. More studies are needed to fully understand the observed phenomenon and its implication in human population.

Sam Sisodia is a past CBC awardee. He received a CBC Catalyst Award (2008). He also participated in two CBC-sponsored events: as an organizer of the 8th Annual CBC Symposium (2010), titled “Protein Folding and Misfolding in Health and Disease,” and as an invited speaker at the CBC Demystifying Catalyst Award Program Workshop (2011). Sam also served on the CBC Catalyst Review Board (2008-2012). The CBC congratulates Sam and his group on this fascinating study.

Researchers show how gut bacteria can influence development of disease

UChicago Medicine, At the Forefront  |  May 16, 2019
Story provided by the Journal of Experimental Medicine 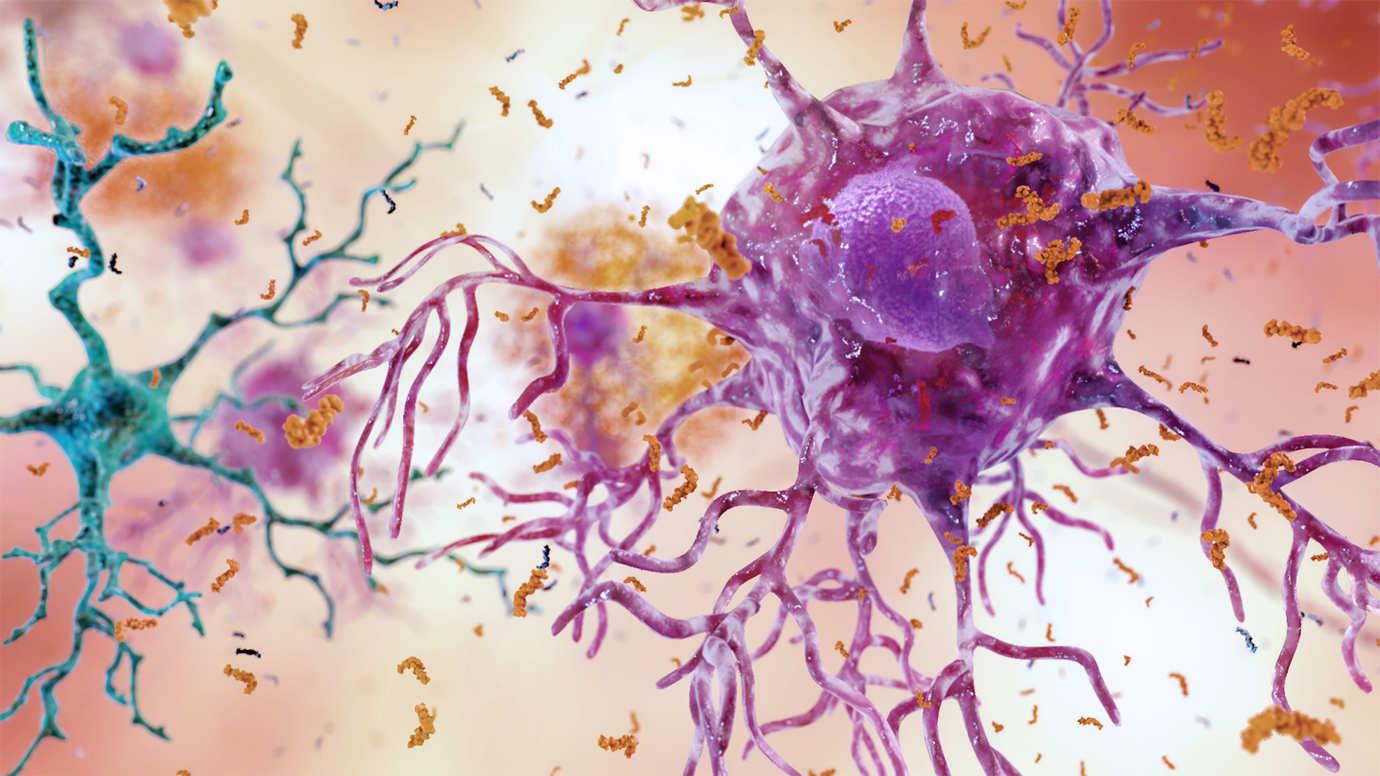 Alzheimer’s disease results in inflammation in the brain caused by overactivity of two types of cells, microglia and astroglia. (Image courtesy of National Institute on Aging, NIH)

Researchers at the University of Chicago have demonstrated that the type of bacteria living in the gut can influence the development of Alzheimer’s disease symptoms in mice. The study, which will be published this week in the Journal of Experimental Medicine, shows that, by altering the gut microbiome, long-term antibiotic treatment reduces inflammation and slows the growth of amyloid plaques in the brains of male mice, though the same treatment has no effect on female animals.

The community of bacteria that live in the gastrointestinal tract—the gut microbiome—is generally harmless, but, because they affect the activity of the body’s immune system, these bacteria can influence a wide range of diseases, even in distant tissues such as the brain. 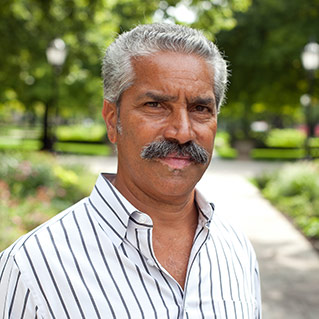 Sangram S. Sisodia, PhD, director of the Center for Molecular Neurobiology at UChicago.

Alzheimer’s disease is characterized by the formation of amyloid plaques and the activation of immune cells present in the brain known as microglia. These cells can help remove amyloid plaques, but their activation may also exacerbate the disease by causing neuroinflammation.

Alzheimer’s patients exhibit changes in their gut microbiome, and Sisodia and colleagues have previously reported that gut bacteria may influence the development of these symptoms in rodents. Long-term antibiotic treatment limited the formation of amyloid plaques and reduced microglia activation in male, but not female, mice expressing mutant proteins associated with familial Alzheimer’s disease. “While compelling, our published studies on the role of the gut microbiome on amyloid plaque formation were limited to a single strain of mice,” Sisodia says.

In the new study, Sisodia and colleagues therefore examined the effects of antibiotics on a different mouse model of Alzheimer’s disease known as APPS1-21. Long-term treatment with a cocktail of antibiotics again reduced the formation of amyloid plaques in male mice but had no effect on females. Antibiotic treatment also appeared to alter the activation of microglia in male mice, changing them from a form that is thought to promote neurodegeneration to a form that helps to maintain a healthy brain.

To prove that these improvements in Alzheimer’s symptoms were caused by alterations in the gut microbiome, the researchers transplanted fecal matter from untreated mice into antibiotic-treated animals. This procedure restored the gut microbiome and caused an increase in amyloid plaque formation and microglial activation.

But why do alterations in the gut microbiome only affect male mice? Sisodia and colleagues discovered that long-term antibiotic treatment changed the gut bacteria of male and female mice in different ways. The changes in the microbiome of female mice caused their immune systems to increase production of several proinflammatory factors that could influence the activation of microglia.

“Our study shows that antibiotic-mediated perturbations of the gut microbiome have selective, sex-specific influences on amyloid plaque formation and microglial activity in the brain,” Sisodia says. “We now want to investigate whether these outcomes can be attributed to changes in any particular type of bacteria.”

Source:
Adapted (with modifications) from UChicago Medicine, At the forefront, published on May 16, 2019.

February 13, 2019
▸ Microbiome versus Alzheimer’s
Past CBC awardee and board member, Sam Sisodia, UChicago, receives a multimillion grant to study the interplay between the gut microbiome and Alzheimer’s Disease