Ernst Lengyel, a gynecologic oncologist, scientist and professor of obstetrics and gynecology at UChicago, is an expert in ovarian cancer and other gynecological malignancies. In the article below by Michael O. Schroeder for the U.S. News & World Report, Lengyel is asked to comment on the effect of obesity on the rising occurrence rates of several cancers. As noted, “significant [obesity-related] increases occurred in multiple myeloma, colorectal, uterine, gallbladder, kidney and pancreatic cancer in U.S. adults ages 25 to 49 years from 1995 to 2014.” Lengyel and other contributors to the article emphasize the importance of taking early action – prevention – to fight the obesity epidemics, which is more and more frequently affecting young children.

Lengyel has many ties to the CBC. In 2014, together with his postdoc, Yilin Zhang, Lengyel received a CBC Postdoctoral Research Award, later renewed for 2015. Prior to that, in 2013, Lengyel and a Research Professional in his lab, Hilary Kenny, received a CBC HTS Award. The same year, Lengyel won a CBC Exploratory Workshop Award to organize the CBC Ovarian Cancer Workshop, where he was also a speaker.

Could Losing Weight Lower My Risk of Cancer?

Obesity-related cancer is on the rise.

ACCORDING TO THE LATEST data released by the American Cancer Society, cancer deaths have declined by more than one-quarter (27 percent) over a 25-year span, from 1991 to 2016. But countering that trend, obesity-related cancer is increasing. Previous research indicates that, as noted in the ACS’ Cancer Facts & Figures 2019 report: “An estimated 5% of cancers in men and 11% in women can be attributed to excess body weight.”

The increase in obesity-related cancers is seen across age groups, but it’s most pronounced in younger adults, “with steeper rises in successively younger generations,” notes research published in The Lancet Public Health journal in February. “We found the multiple obesity-related cancers – so six cancers – increased significantly faster among young adults, compared to the older adults,” says lead study author Hyuna Sung, a cancer epidemiologist and principal scientist of the Surveillance and Health Services Research Program at the American Cancer Society. Those significant increases occurred in multiple myeloma, colorectal, uterine, gallbladder, kidney and pancreatic cancer in U.S. adults ages 25 to 49 years from 1995 to 2014.

Exactly how obesity may increase cancer risk is still not fully understood. But experts say there could be a number of reasons. Among them, it’s theorized that given excessive body fat can contribute to chronic inflammation, that could play a role in increasing cancer risk. What’s more, obesity may contribute to or cause non-cancerous conditions that raise cancer risk. An example of this is nonalcoholic fatty liver disease, which is linked to liver cancer, Sung notes.

Whatever the reason, data show that being overweight or obese can raise one’s risk for more than a dozen cancers by varying degrees – with research showing the strongest association for uterine cancer, as well as links with other cancers from esophageal cancer (namely, adenocarcinoma) to liver cancer. “And the list is still growing,” Sung says.

Cancer risk factors like smoking have been a consistent focus – and for good reason – in recent decades, helping to turn the tide on killers like lung cancer. But given the surge in obesity-related cancer, doctors and researchers say there’s an increasing need to make weight a more central part of the cancer prevention conversation. 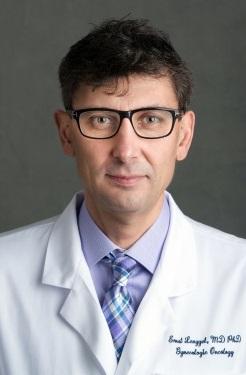 “In the second half of the 20th century we focused on smoking and its effect on health,” says Dr. Ernst Lengyel, a gynecologic oncologist, scientist and professor of obstetrics and gynecology at the University of Chicago. Now, he says, “we’re facing huge problems with the obesity epidemic that affect every single aspect of a patient’s health.” Excess weight can raise one’s risk for developing diabetes, it puts added strain on joints and contributes to chronic pain; and now data shows that it also puts individuals at increased risk for cancer, Lengyel says.

Still that doesn’t mean obesity is getting lots of attention in doctors’ visits when it comes to talking about ways to lower cancer risk. “Most physicians and society are focusing on the increase in diabetes and other obesity-related medical problems,” Lengyel says. By comparison, less is known about the association between excess weight and cancer; “and we pay little attention to how the obesity epidemic affects … cancer growth,” he says. However, Lengyel says he counsels his patients about this risk factor.

Research shows that when doctors discuss quitting smoking with patients – though that’s no easy feat – patients are more likely to follow through. But even while it can be quite challenging to kick that habit, enacting broader lifestyle changes can be more difficult, Lengyel says. That’s because things like what you eat tend to relate to what you’ve eaten your whole life as well as societal norms and socioeconomic differences, where obesity disproportionately affects low-income individuals.

Given as much, experts suggest a more sweeping approach to address expanding waistlines in the U.S. that threaten to overturn strides in cutting cancer risks and deaths. That includes not only supporting patient discussions with a primary care doctor about ways to maintain a healthy weight or shed pounds if overweight or obese through insurance reimbursement, but also taking a harder look at policy and societal changes that may help.

Certainly the stakes are high. “In adults aged 30 years and older in the USA, excess bodyweight could account for up to 60% of all endometrial cancers, 36% of gallbladder cancers, 33% of kidney cancers, 17% of pancreatic cancers, and 11% of multiple myelomas in 2014,” according to the study published in The Lancet Public Health.

Even so, the researchers note: “Despite national guidelines recommending screening of children and adults for obesity with appropriate provision of (or referral to) ‘intensive, multicomponent behavioral interventions,’ fewer than half of primary care physicians regularly assess body-mass index in their patients, and only a third of obese patients report receiving an obesity diagnosis or weight loss counseling. Similarly, community-level regulatory interventions such as urban planning for promoting physical activity, taxes on sugar-sweetened beverages, and restriction of advertising for calorie-dense food and soft drinks have yet to be implemented broadly, despite growing empirical evidence for their effectiveness.”

Still, some efforts are being made to address the issue.

Dr. Andrew Lowy, chief of the division of surgical oncology at Moores Cancer Center at UC San Diego Health, notes that a pancreas cancer prevention clinic was recently started at Moores Cancer Center – given a greater understanding of the risk factors that contribute to the cancer – to try to prevent or diagnose it earlier. It serves people who are at higher risk for the cancer, like those with a family history of pancreatic cancer, and it includes aspects such as counseling from a nutritionist and referral as needed to a weight-loss program, including to discuss bariatric surgery options, where appropriate.

Of course, experts point out, as with so many things related to health, the best strategy is to start early whenever possible – and as with thwarting cancer itself – focus on prevention.

“Obviously weight loss is difficult once people are obese,” Lowy says. “So really what’s most likely to be effective – and especially when you’re talking about young people – is the introduction of healthy eating and exercise early in life. Because preventing obesity is a lot easier than it is to treat it once it happens.”