Malfunctioning dopaminergic neurons have been implicated in many neuropsychiatric disorders such as Parkinson’s disease, depression, chronic pain and drug addiction. However, the mechanisms underlying these diseases are still largely unknown. By marking neurons and their projections with fluorescent proteins, the Awatramani group at NU has recently demonstrated that different subtypes of dopaminergic neurons create unique types of axonal projections. The functional significance of these findings is yet unclear, however, a transgenic mouse model developed for the study provides a great start to begin tackling such questions in the future. Daniel Dombeck, NU, who is also a CBC Junior Investigator, is one of the co-authors on the study, which was published in Nature Neuroscience. Congratulations to all co-authors!

In a study published in Nature Neuroscience, Northwestern Medicine scientists demonstrated that subtypes of dopamine neurons have distinct projection patterns — findings that may be critical to understanding the cells’ role in a range of neuropsychiatric disorders, and eventually developing more targeted therapies.

The study was led by Rajeshwar Awatramani, PhD, associate professor in the Ken and Ruth Davee Department of Neurology. Jean-Francois Poulin, PhD, a postdoctoral fellow in the Awatramani laboratory, was the first author.

Dopamine neurons in the midbrain account for less than 1 percent of the brain’s neurons — yet they are known to control many kinds of behaviors, including movement, appetite, reward, aversion and pleasure. Dysfunction of dopamine neurons has also been implicated in a variety of neuropsychiatric disorders. How such a small group of neurons could be responsible for such diverse functions has largely remained a mystery.

In 2014, Awatramani’s laboratory provided a potential explanation with research demonstrating that there are multiple molecularly distinct subtypes of midbrain dopamine neurons — suggesting that each subtype could potentially be responsible for a specific function.

Many questions remained, however, about fundamental features of the subtypes, including whether they have unique axonal projections.

In the current study, the Northwestern team developed novel genetic strategies to target dopamine neuron subtypes with florescent proteins to determine their broad projection patterns. The scientists discovered that the subtypes have axonal projection patterns that are unexpectedly distinctive, even within a given target region. The findings deepen understanding of the clinically important neurotransmitter system.

“Dopamine has been implicated in a spectrum of neuropsychiatric disorders including Parkinson’s disease, ADHD, depression, chronic pain and drug addiction. Our work opens the possibility that distinct dopamine subtypes may be involved in these diverse conditions,” Awatramani said. 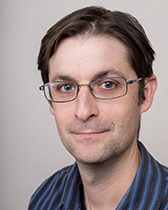 The mapped projections and genetic toolbox developed in the study also provide an important resource for future investigation.

“Going forward, we aim to provide a more granular classification of dopamine neurons, and then examine how these neurons and their cognate circuits are altered in diseases such as Parkinson’s, chronic pain and addiction,” said Awatramani, also a member of the Robert H. Lurie Comprehensive Cancer Center.

Adapted (with modifications) from the Northwestern Medicine News by Anna Williams, published on August 30, 2018.