Past CBC awardee, Dr. Louis Philipson, UChicago, explains the differences between diabetes type 1 and type 2 and the management of each disease

In the article below by Linda Mulholland for Chicago Health, Dr. Louis Philipson, UChicago, discusses the two most common flavors of diabetes and the toll of the disease, particularly when diagnosed in a child. Philipson, who is director of the Kovler Diabetes Center at UChicago Medicine, provides a perspective on the ‘then and now’ methods of the diabetes diagnostics, monitoring and treatments. A world-expert in the field, Philipson received the prestigious 2018 Order of Lincoln. Philipson is also a past CBC awardee: he was a co-recipient of a CBC Spark Award (2011). Thank you, Dr. Philipson, for sharing the expertise and congratulations on being featured in the Chicago Health.

Managing the Highs and Lows 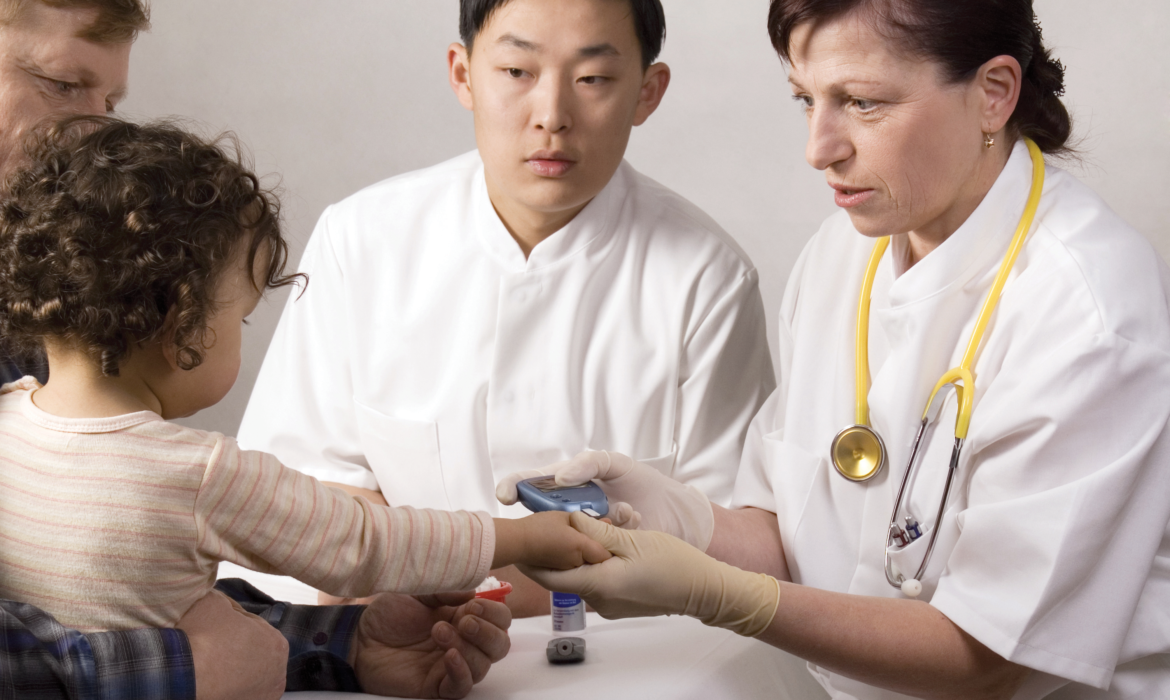 Managing type 1 diabetes is not easy — especially for kids. With the daily highs and lows of blood sugar and insulin dosing, kids and their parents can feel like they’re riding a roller-coaster. Throw teen diets, growing bodies, hormones, sports and school into the mix and it gets complicated — fast.

There are two major kinds of diabetes: type 1 and type 2. Type 2 diabetes is a resistance to insulin that usually develops in middle-age or older people and can often be managed with lifestyle, diet, medication or insulin. Type 1 diabetes is an autoimmune disease in which the pancreas stops making insulin, a hormone that helps regulate blood sugar. It usually first occurs in children or young adults. Only 5 percent of all patients with diabetes have type 1, according to the American Diabetes Association (ADA).

Because the pancreas doesn’t make insulin in type 1 diabetes, patients need to figure out how to precisely control insulin levels themselves in order to manage their blood sugar levels. It’s a challenge for anyone, let alone a kid.

“In effect, the person with type 1 diabetes or the parent needs to become the pancreas to manage the blood sugars. Multiple times a day, blood sugar has to be checked and the right amount of insulin has to be given,” says Philipson, president-elect, Medicine and Science, for the ADA. “It’s difficult because one doesn’t know exactly how much has to be given.” Amounts fluctuate depending on food intake, physical activity, stress, illness and other factors.

The psychological weight of diagnosis

“People think it’s the kid’s fault or the parents’ fault because when it’s type 2 diabetes, sometimes lifestyle can lead to [it],” she says. “Nobody understood that type 1 is an autoimmune disease and can strike out of the clear blue sky.”

A psychological weight descended with the diagnosis, Bernstein says, as the freedom and spontaneity of eating disappeared for her daughter.

“The psychological care of people with diabetes is incredibly important,” Philipson says. “The anxiety, frustration, self-doubt and feelings of failure are because we are asking people to basically do an impossible task” in replicating the function of the pancreas.

“Part of the problem is that people with type 1 diabetes become terrorized by the information,” he adds. “On the one hand, they don’t want low blood sugar because they want to wake up in the morning. And on the other hand, if blood sugars are too high, they are terrorized by the complications that their doctors and parents have drummed into them, which are blindness, skin failure, heart disease, strokes and amputations.”

Bernstein’s daughter experienced this fear after she was diagnosed. “I didn’t know it at the time, but she went through a period where she was eating food before bedtime and kind of bingeing because she was literally afraid of dying in her sleep from low blood sugar,” she says.

It is important to have a team to help manage the anxiety, worry and fear that come with type 1 diabetes, says Jill Weissberg-Benchell, PhD, certified diabetes specialist and professor of psychiatry and behavioral medicine at the Ann & Robert H. Lurie Children’s Hospital of Chicago.

“We can help prevent families from going down a road where parents are completely exhausted or one parent takes on more responsibility than the other, causing resentment and impact on the marriage,” she says. “We don’t want parents so anxious and worried that they lose the joy of raising their child.”

Bernstein’s daughter now uses a Dexcom continuous glucose monitor (CGM) so she always knows where her blood sugar stands. “The Dex has brought her big peace of mind because she can look at the numbers before she goes to bed to see if they’re stable and know that she’s not going to die,” Bernstein says.

CGM systems are an advancement that makes managing insulin easier by providing patients with continuous information about glucose levels all day and night. With a small sensor under the skin and a transmitter and receiver, the CGM alerts patients of approaching glucose highs and lows.

“The fact that CGMs, which have gotten smaller and more accurate, are even available is a medical miracle,” says Philipson, who cites the need for more research and continued advancements.

Bernstein’s daughter, who left home for eight weeks to be a camp counselor last summer, is now fully responsible for managing her own blood sugar. “I follow her numbers on the Dexcom app, but she’s completely in charge of it, and she’s very serious about it,” Bernstein says.

Philipson says that giving insulin to control blood sugar requires a rethinking of kids’ daily lives. “If you could see in your mind all the injections, tools, concerns and fear, you would not be able to see the child at all.”

But people with type 1 diabetes prevail, he says. “These kids are heroes, and their parents are heroes.”

Adapted (with modifications) from the Chicago Health by Linda Mulholland, published on September 4, 2018.

May 11, 2018
▸ 2018 Order of Lincoln Award bestowed on Dr. Louis Philipson, Professor of Medicine at UChicago and past CBC Spark Award recipient