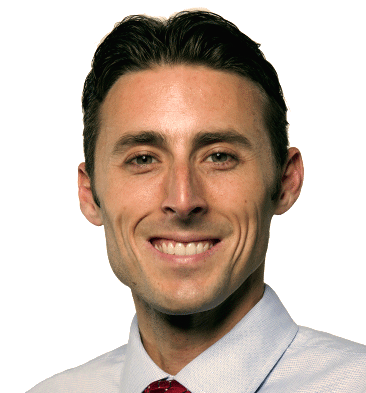 The team reports on the development of a novel technique called soluble activity-dependent proximity ligation or sADPL which, quickly and with ultrasensitive specificity, profiles whole protein families based on their enzymatic activity in complex protein samples obtained from cells, fluids, and tissues. When combined with quantitative PCR, aADPL profiling can detect active proteins at picogram levels in unfractionated proteome.

Specifically, sADPL is shown to be very effective in rapid quantifying protein–drug interactions in blood samples and in measuring protein activity in patient tumor samples — literally on a bench and in a matter of hours. Overall, the authors make a compelling proof-of-concept demonstration of the power of the aADPL profiling and the applicability of the method to versatile whole proteome analyses of biological and clinical samples.

The senior author on the paper, Raymond Moellering, PhD, is Assistant Professor at the Department of Chemistry at UChicago. Moellering has several ties to the CBC (see below). He attributes the current study to the CBC funding he received in 2017 via a CBC Catalyst Award. Co-author Ernst Lengyel, MD, PhD, UChicago, is also affiliated with the CBC. Lengyel is Professor and Chairman of the Department of Obstetrics and Gynecology, section Gynecologic Oncology, and co-director of the Ovarian Cancer Research Laboratory at UChicago. Lengyel’s CBC Awards and other ties to the CBC are listed below.

Chemoproteomic methods can report directly on endogenous, active enzyme populations, which can differ greatly from measures of transcripts or protein abundance alone. Detection and quantification of family-wide probe engagement generally requires LC-MS/MS or gel-based detection methods, which suffer from low resolution, significant input proteome requirements, laborious sample preparation, and expensive equipment. Therefore, methods that can capitalize on the broad target profiling capacity of family-wide chemical probes but that enable specific, rapid, and ultrasensitive quantitation of protein activity in native samples would be useful for basic, translational, and clinical proteomic applications. Here we develop and apply a method that we call soluble activity-dependent proximity ligation (sADPL), which harnesses family-wide chemical probes to convert active enzyme levels into amplifiable barcoded oligonucleotide signals. We demonstrate that sADPL coupled to quantitative PCR signal detection enables multiplexed “writing” and “reading” of active enzyme levels across multiple protein families directly at picogram levels of whole, unfractionated proteome. sADPL profiling in a competitive format allows for highly sensitive detection of drug–protein interaction profiling, which allows for direct quantitative measurements of in vitro and in vivo on- and off-target drug engagement. Finally, we demonstrate that comparative sADPL profiling can be applied for high-throughput molecular phenotyping of primary human tumor samples, leading to the discovery of new connections between metabolic and proteolytic enzyme activity in specific tumor compartments and patient outcomes. We expect that this modular and multiplexed chemoproteomic platform will be a general approach for drug target engagement, as well as comparative enzyme activity profiling for basic and clinical applications.

May 4, 2019
▸ Consider slimming down!
CBC affiliate Ernst Lengyel, UChicago, comments in U.S.News on the rise of obesity-related cancer