Four UChicago scientists with multiple ties to the CBC contribute to a recent study: Bob Grossman, Lucy Godley, Barbara Stranger and Chuan He

Congratulations to the UChicago team for their recent publication in the American Society of Clinical Oncology’s JCO Precision Oncology journal, “5-Hydroxymethylcytosine Profiles Are Prognostic of Outcome in Neuroblastoma and Reveal Transcriptional Networks That Correlate With Tumor Phenotype.” Among the senior authors are four CBC affiliates and awardees, Bob Grossman, Barbara Stranger, Chuan He and Lucy Godley, who also is the CBC Scientific Director for UChicago. Listed below the article is more information about the authors’ ties to the CBC.

Using Nano-hmC-Seal (a novel technique developed in the lab of Chuan He), the authors evaluate 5-hydroxymethylcytosine (5-hmC) genomic imprint in neuroblastoma tissue samples. The findings allow the team to categorize neuroblastoma into two “types:” those that are more and those that are less likely to respond to currently available treatments. It is a positive step towards using personalized medicine in the treatment of this deadly cancer that primarily affects children and has a survival rate of only 50%. Establishment of the promising biomarkers will undoubtedly encourage further work on the development of new neuroblastoma therapeutics. 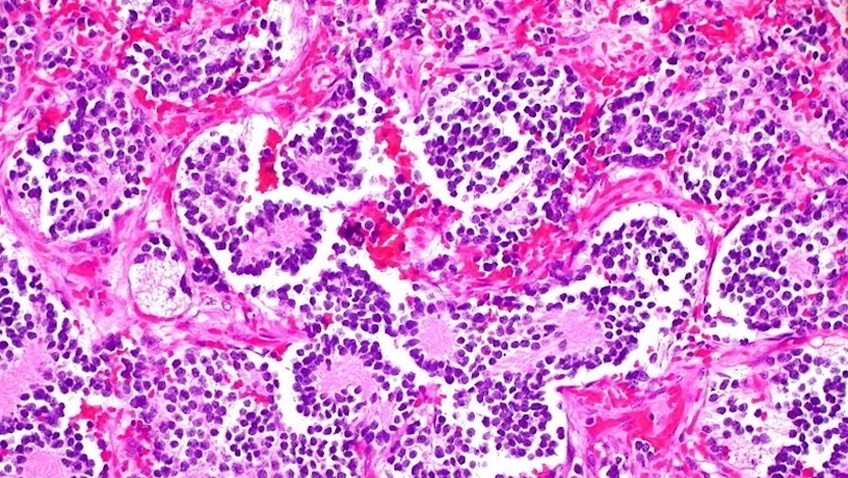 Researchers at the University of Chicago Medicine have discovered a new way to identify potentially high-risk pediatric neuroblastoma tumors, according to research published today in the American Society of Clinical Oncology’s JCO Precision Oncology journal.

Neuroblastoma is one of the most common cancers in childhood, typically occurring in the abdomen or chest of patients. It accounts for 6 percent of all pediatric cancers, with about 800 new cases diagnosed each year, according to the American Cancer Society. Currently, only 50 percent of those who are diagnosed with high-risk cases will survive in the long term.

“Neuroblastoma is an especially challenging disease to develop precision treatment strategies, because unlike in cancers that commonly affect adults, neuroblastoma tumors have few DNA mutations that would help us predict who will to respond to certain therapies,” said Mark Applebaum, MD, an assistant professor of pediatrics at UChicago Medicine and first author of the new study.

Tissue samples from consenting patients were used with a relatively new technology developed at the University of Chicago by chemistry professor Chuan He. Called Nano-hmC-Seal, this low-cost, genome-wide technology requires minimal amounts of tissue input to analyze the DNA profiles.

The profiles of a DNA modification called 5-hydroxymethylcytosine (5-hmC), which has the power to switch genes on and off, have been found in recent years to be strong biomarkers, or indicators, for how adult cancers will act. Researchers in the study identified 577 genes with differential 5-hmC. Using this information, they were able to identify two clusters of patients, or “favorable” and “unfavorable” clusters.

“We determined that 5-hmC profiles may be optimal DNA-based biomarkers for this disease,” said Applebaum. “A deeper dive into the process of how these 5-hmC profiles reflect aggressive tumor biology can help us better understand the characteristics of our patients’ tumors in order to tailor their therapy more precisely.”

Applebaum said he and his team hope their research will lead to therapies that are better targeted to the different mechanisms that cause neuroblastoma tumors to become so deadly. They are also using the Nano-hmC-Seal technology in blood samples to get better at earlier identification of patients who are responding to standard therapy and those who may benefit from alternate approaches.

Source:
Adapted (with modifications) from UChicago Medicine, At the forefront by Kat Carlton, published on May 16, 2019.